Hi everyone! I've already discuss this theme in other topic, but I think it's something other people could be interested in.
I know there's a way to use custom .aip in scenario with command

However, I can't find the way to make this work as there's no obvious place for custom aips. I tried to put .aip file in different Documents\Empire Earth II folders and also in Empire Earth 2 Gold Edition\aips, but it never worked; the scenario continues to use Skirmish_Default.aip every time.

Nevertheless, there's a scenario in Unofficial Patch, which uses (or tries to) custom aips. It's "Survival Egypt" in EE2X. I've found this in its code:

So I put .aip file in Empire Earth 2 Gold Edition\aips and tried

but, unfortunately, no result. May be this command is only suitable for EE2X or may be AI_ChangePersonality doesn't work at all. May be there's other way to control AI behaviour? Does anyone know?
Top

I never used custom aips so can't help much. Hopefully someone else would know it.
Best regards,
Dr.MonaLisa
Ministry of Game Affairs
Department of Control and Complains
Top

Nope.. Because scenario is already using Skirmish_Default, by default. I’ve used my own aip’s name, of course, but it didn’t work.
Top

I've messed around with aip's in the past. The aip's have to be placed in the Empire Earth 2 Gold Edition\aips or for the expansion AIPS_EE2X folders.
Aip files are a bit tricky to get to work and to be honest, they don't work well for survival Egypt as the AI don't build most buildings.

I've get it to work in a hobby project. I've modified the aip for the three kingdoms scenario so the ai would use builders instead of civilians.
In the script the aip must be called like this:

If you use aip's, it's very important that you use the following setting in the map editor. The AI script has to be set on None, otherwise your aip doesn't work.
Some aip's require a specific civilisation like mine, but that's not for every aip script.

I've also been working on a campaign. For that I've used the Skirmish aip. I've combined it with the civilization aip and some aggressive military aip's, this works a lot better than just the skirmish aip and it feels a lot more like the skirmish AI. You can try and add the Hardest.aip to this if you want, but for me this wasn't necessary as the AI was already good enough for the first mission.

Feel free to ask if you have any more questions.
My mission:
Survival Egypt (survival game mode)
Top

Thank you for your help! The answer was really just lying on the surface. Now, after I set map editor right, I can finally use my .aip file. 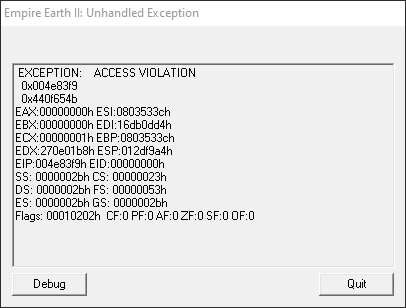 Mona, may be you know what it's all about?
Top

No, it's somewhere near: 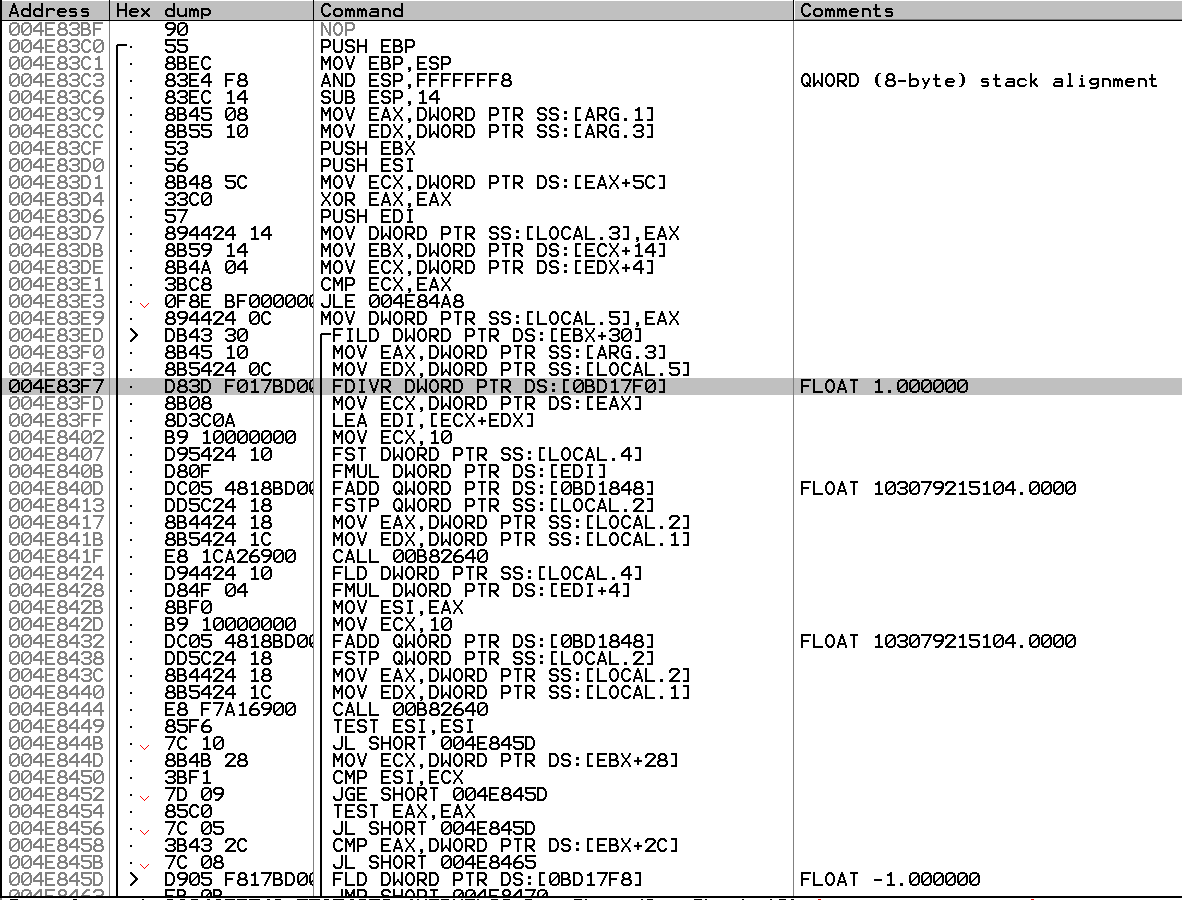 There are AI related functions close this part of the code, but it's never possible to detect what's wrong by the EIP address.

You could load a default AI script and see if still crashes. If it doesn't, then there must be an error in the new file you created. So then, long time need to be spent to detect what exactly causes it. This is how EE2 scripting works :/

Default .aips work fine. Ok, thank you, I’ll try to make .aip file with the minimum changes compared to the default one.
Top

Hm, looks like the game is still crashes with an .aip file with no changes compared to the Skirmish_Default one.
So I think there's no way to load custom .aip with no issues, default files only
Top
Post Reply
8 posts • Page 1 of 1