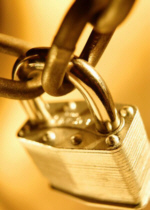 Re: User has been banned: Gabriel

I would to see, that Gabriel isn't banned only for today's spam.
Gabriel had already 4 warnings:
http://forum.ee2.eu/t24-rules-about-ew-ewa-warnings-system-amending-acts-forum-construction

Gabriel just copied all posts from W2G forum, to wrong subforum.
It was just like spam.
Gabriel wouldn't be banned, if he wouldn't have already 4 warnings.

Rules are for all, Gabriel broke it in past, and today.
So Ban is leggal. It's not that I wanted to stop him, when he posted screenshots, but gabriel posted just shit. (what I already said in points 1,2,3). Please understand, that it was only gabrie's fault. Gabriel broke rules, and got last warning. I'm not banning for one reason. Gabriel broke rules before, and now.
Best regards,
Dr.MonaLisa
Ministry of Game Affairs
Department of Control and Complains
Top
Post Reply
2 posts • Page 1 of 1