KayOne has been using language such as "u stupid?", "u retarted?" etc when asking for a 1v1. Beside this incident, KayOne behaves in a cocky & arrogant manner in the main lobby and in public matches. I'm not constructing this complaint because I have lost to KayOne and am bitter, but I'm creating this complaint because of the continued unsportsmanlike behavior he consistently displays. Instead of a simple "gg" or Good Game like many other members of the community abide by after a match, KayOne instead chooses to treat you as if you're inferior to him and his game play.

As I've met new members of the community, they have also expressed their dislike for KayOne and his behavior. At this point in time I have removed KayOne from my friends list and have kicked him from each and every game that I host. Theirs no reason for this behavior in the small community that we have continued to keep alive. And for this reason, I no longer plan on playing with KayOne in the future.

I'd like KayOne to be dealt with according to the most appropriate measures outlined by the Ministry of Game Affairs.
Top

Hello TyTheRuler, thanks for your report.
KayOne is under MoGA observation for a long time now. His behavior is often unacceptable and words he use may offend many people.

However, it would be nice if you made and posted screenshots showing his insults or told me the time when he insulted you on the Lobby Chat (so I could check it in the database). Although I believe in the credibility of this report, for now I can't do much without a proof which could be viewed by all players.

Just to make things clear:
- I'm against the full censorship of the Lobby. Insults like "u stupid", "u retard", "fuck you" are normal in Multiplayer communities, so this isn't something punishable. Players have rights to throw their emotions, but everything has it's limits....
- Of course if those insults are abused (like not only when you're angry), then it's punishable.
- The most intolerant on the Lobby are racists insults, about other players countries, about other player's family members, etc. Then it goes on an unacceptable level where an interference of moderators is needed.

I think the best form of punishment for now is ignoring and kicking offensive players from games (like you do it now).

For now there won't be any decision about a punishment. The topic will be open so all players can post their screenshots or give details if felt offended by KayOne. If there is enough complains then I see a huge chance for a temporary mute of all his accounts. (Muting is a new form of punishment which allows players to continue using the lobby/playing, but disallows them from sending lobby/private messages, excluding game-room and in-game messages).

Once again thanks for your report, and I hope this problem will be solved soon.
Best regards,
Dr.MonaLisa
Ministry of Game Affairs
Department of Control and Complains
Top

Okay so, earlier today I wrote: 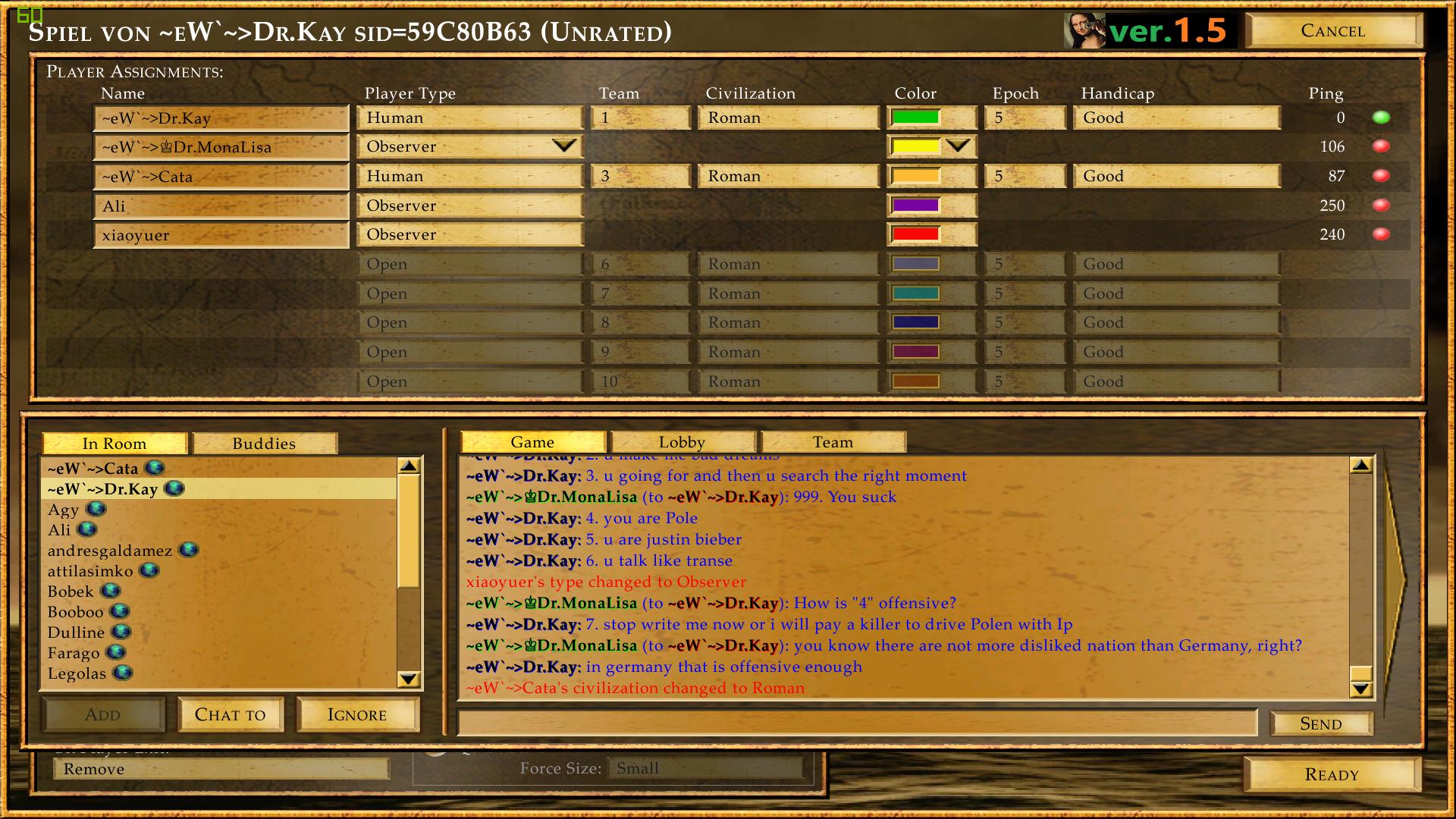 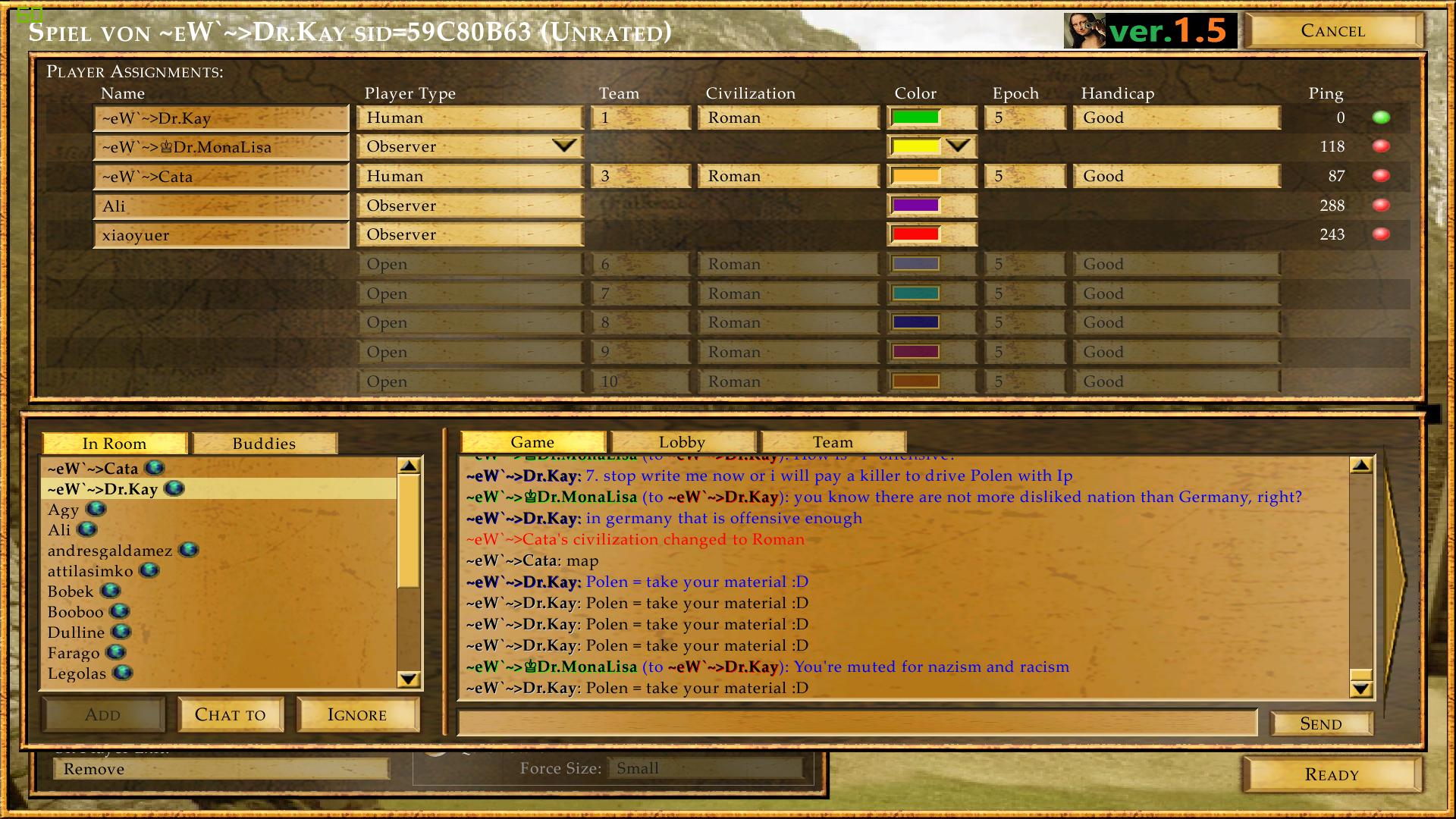 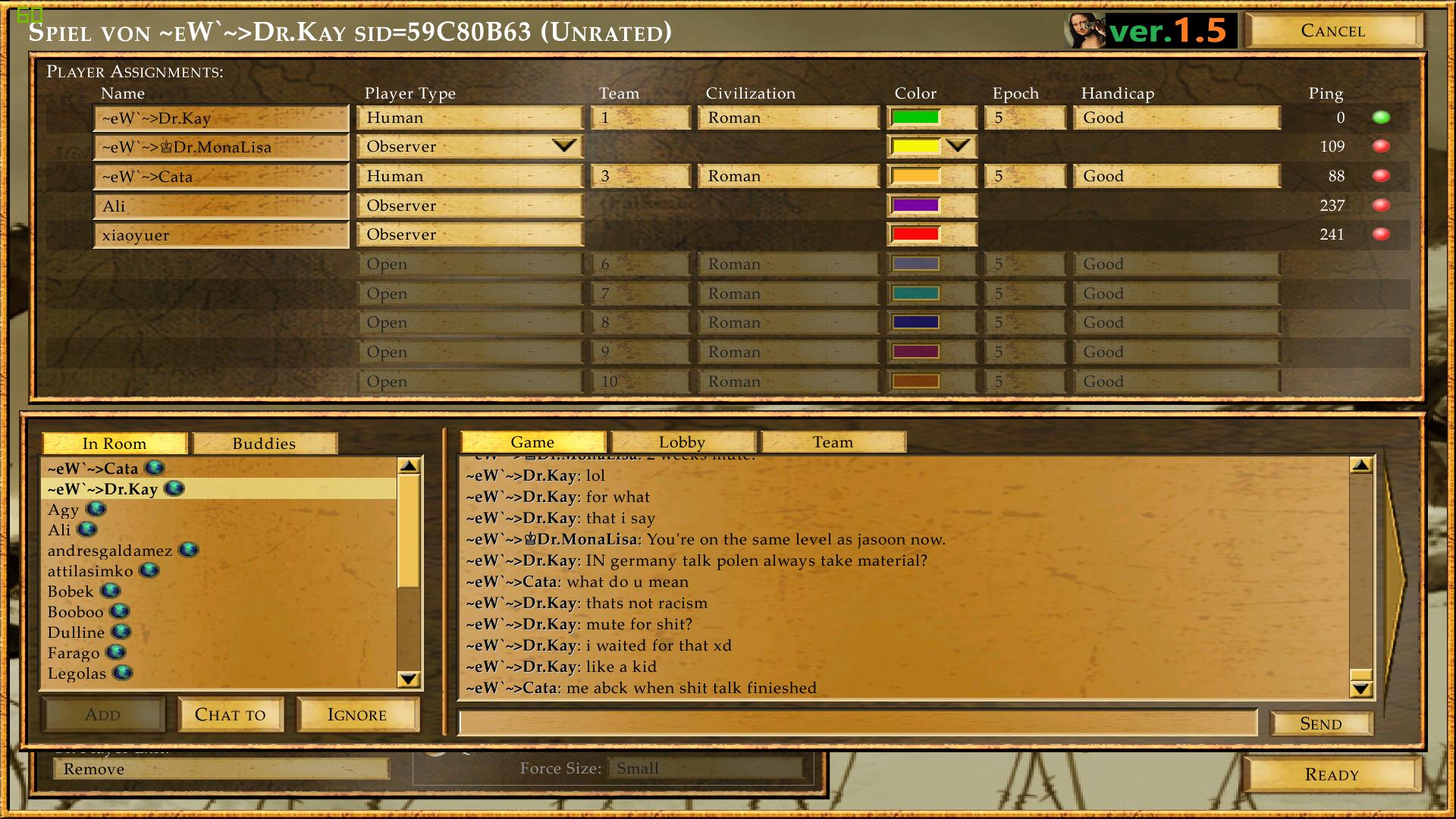 After receiving an apology from KayOne, I assumed that the offensive language would stop. Apparently not.
Top
Post Reply
4 posts • Page 1 of 1