New EE2 Government (since: 01.03.2014), everything about the EE2 management. You can report other players here.
Post Reply
13 posts

The Department of Control and Complaints of the Ministry of Game Affairs has reported a problem with the newest Geforce drivers (ver. 337.88) to the NVIDIA support. The problem makes Empire Earth II and Empire Earth II: The Art of Supremacy's graphics "bugged" after minimization and maximization and/or gives an error message "Empire Earth 2 stopped working" on exit. The problem usually occurs for the computers (laptops) with two graphics cards (for example Intel HD + GTX).
The following screenshots are showing the graphics bug: 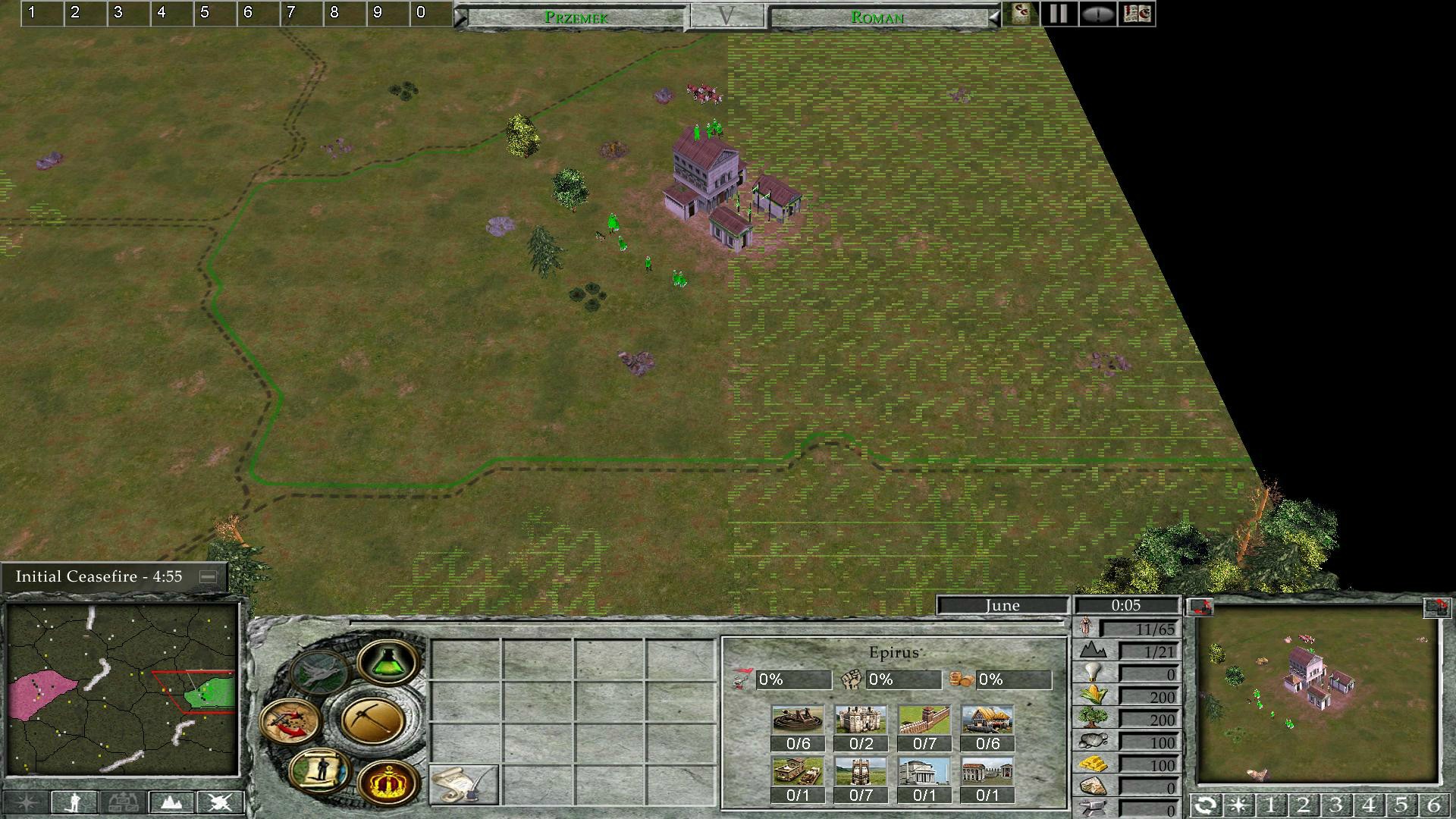 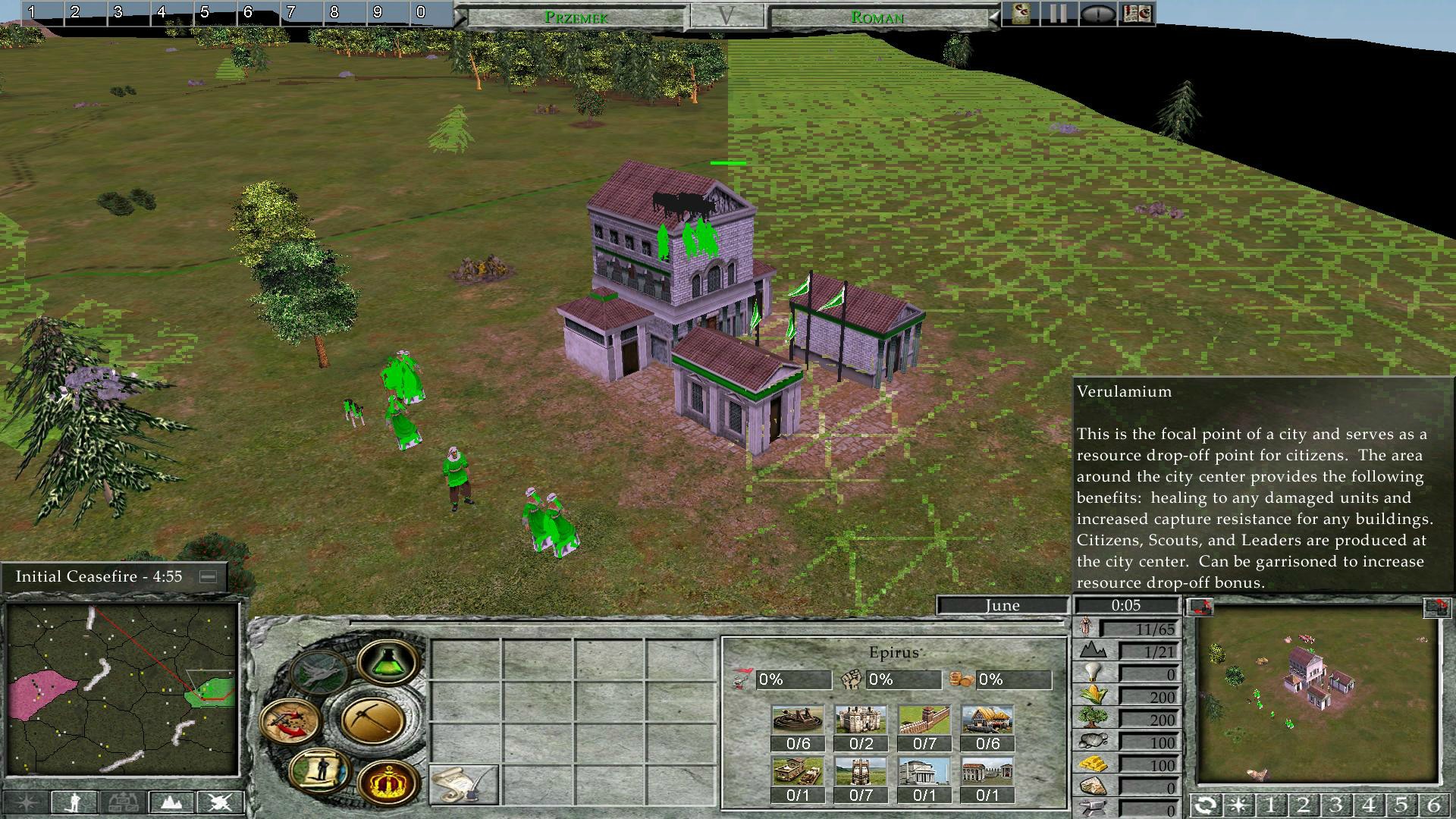 Unfortunately this bug still has not been fixed with the newest BETA drivers (ver. 340.43).

After my intervention, the lab was able to replicate the problem, and they promised to investigate it.

For now, everybody who has a problem with Empire Earth II and Empire Earth II: The Art of Supremacy after drivers update - I'd recommend to downgrade to the latest working drivers: 337.50, available to download here:

UPDATE:
NVIDIA has released another "stable" drivers, version: 340.52.
Unfortunately the Empire Earth II bug is still present (on some laptops). I have received a confirmation that the bug has been fixed:

It appears the bug is indeed fixed but it didn't make it into the 340.52 drivers since that driver was already locked and loaded few weeks ago. They didn't permit any further bug fixes to minimize risk so the fix will have to wait for the 343.xx driver release

UPDATE:
I have good news! All problems with Empire Earth II and Empire Earth II: The Art of Supremacy have been fixed in the newest NVIDIA drivers version: 344.11
You can download the newest drivers here:
For laptops: http://www.nvidia.pl/download/driverResults.aspx/78980/en
Other computers: http://www.nvidia.pl/download/driverResults.aspx/78908/en

When installing the new driver please select the "Custom (Advanced)" install option and then put a checkmark in the "Perform clean install" option. This will help insure a clean install. 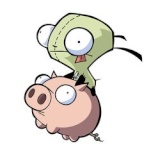 I have installed the game with patch 1.5 on several windows 7 and 8 laptops, and have encountered issues with display of fire and smoke animations, despite having the latest nvidia drivers (344.48). According to the game setting tab, the game is not detecting the dedicated graphics card (geforce 850M) but instead run on the intel card which as mentioned above is not advised.

If anyone has an idea on how to correct this i will be glad to know.
Top

Hi shai. Seems like your computers are using Intel HD graphics instead of NVIDIA.
To fix it:

* This solution will work only if you have got the second GPU from Nvidia.
* Go to Nvidia Control Panel, Click the right mouse button in a free place on your desktop, then select "NVIDIA Control Panel" from the list: 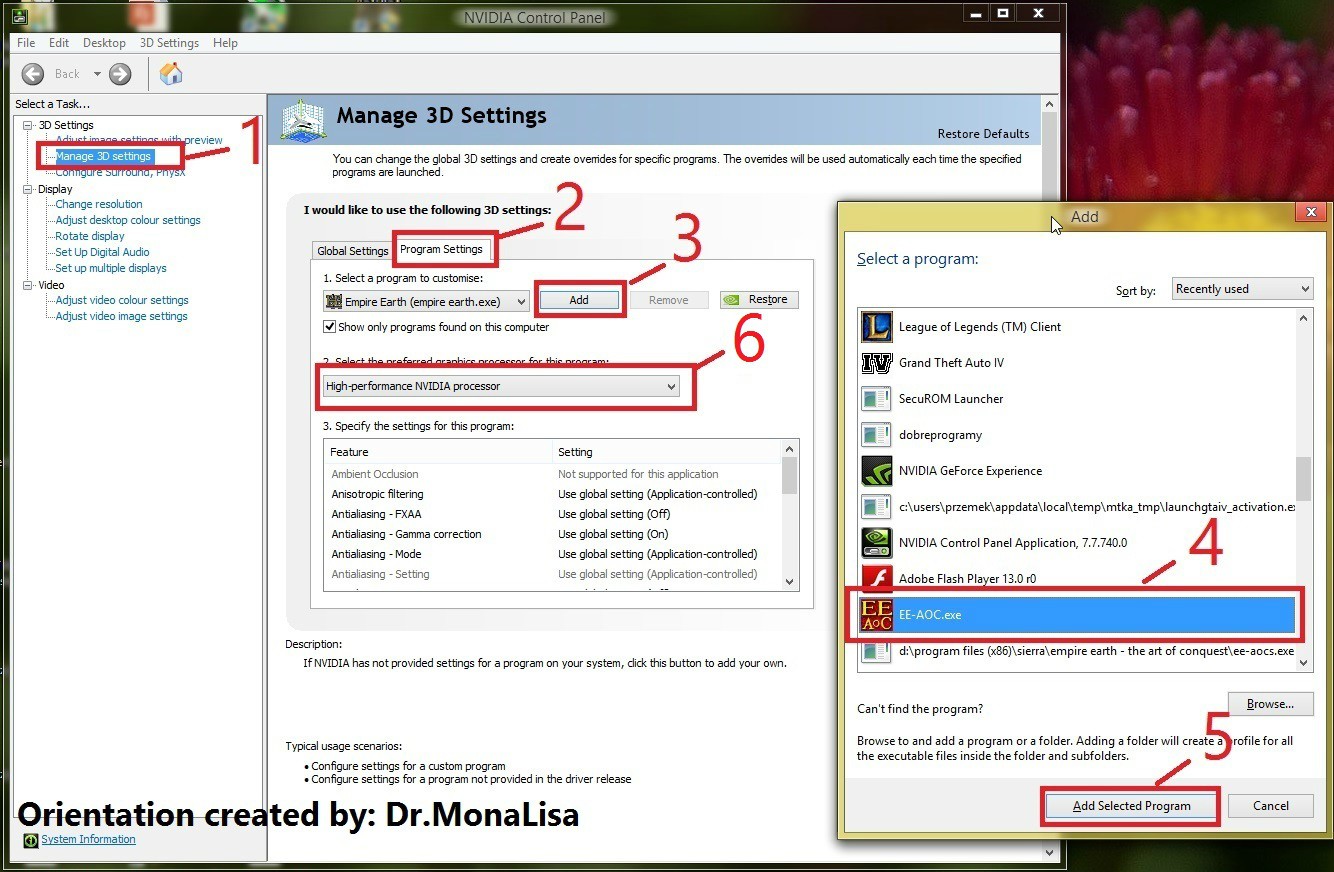 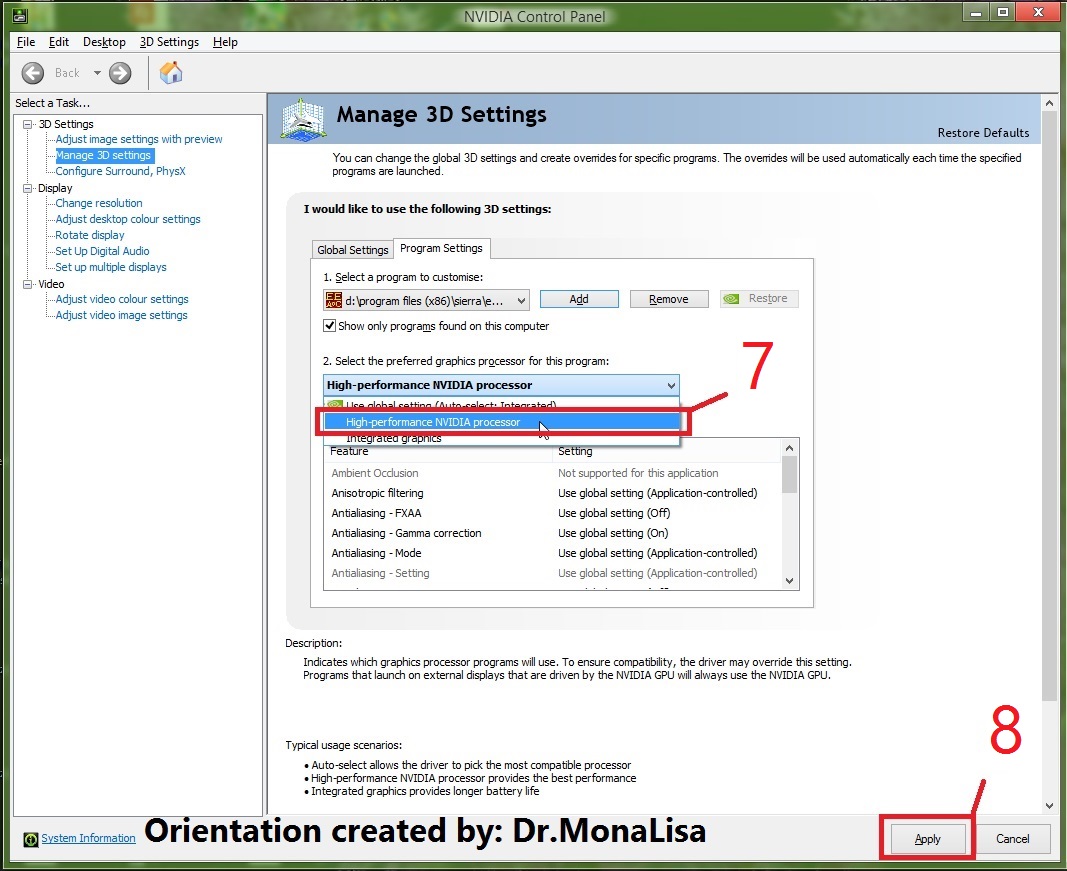 This is an orientation for Empire Earth 1, but for Empire Earth 2 it will be the same, just in 4 you'll have to select EE2/EE2X.
If the problem is still present - please click "Browse" (in 4) and add EE2.exe/EE2X.exe from the "C:\Program Files (x86)\Sierra\Empire Earth II\Unofficial Patch Files\EnabledUP15Units" folder.

thanks for your reply , I have tried this but it still does not work , im sorry to say.
Top

Could you install these drivers for test? 337.50:
http://www.nvidia.com/download/driverResults.aspx/74636/en-us

After that check if the game is detecting the right Graphics card.
If it works with 337.50 - I will contact Nvidia again... Maybe they fixed it just for my graphics card (GTX 870M)...
Best regards,
Dr.MonaLisa
Ministry of Game Affairs
Department of Control and Complains
Top

I installed the older driver, but the dedicated card still is not detected.
Top

It's a very strange problem... and happens for you on multiple computers...
Best regards,
Dr.MonaLisa
Ministry of Game Affairs
Department of Control and Complains
Top
Post Reply
13 posts