Timo wrote:Red :O well I'm a bit proud that you quoted me before Mali when you said "... is better than you" xD joke, I dont see any proof in this since I dont think of being better than Mona.
But wow Red... You maybe should have told his home truths to Mona with... A bit more diplomacy xD I found it a little agressive, however I can understand you.

Something which annoyed me in your post is when you say that eW is a noob clan. Despite our little lack of skill in medpaces (no offense, clanmates, thats only my opinion xD), you cant say we suck... But well I guess you said that just to offend Mona, I wont take it personally. But we're not that bad

At first I wanna say, that redline got banned, because of MultiAccount - not because of his stupid posts (He is stupid like his posts btw). He can use his: Redline account which all time is active (I checked it), so it's reason why I'm banning his multiAccounts.

I understand redlines agressive - its normal at dumb people. He is agressive, insulting people by internet, because he is pussy in real life and it's only one place where he can show "how stong" he is. But's it's sad

And it's not true that I deleted any "my glitches" which he posted. It's not my problem that he can't correct use BB codes to post immages, so his posts says nothing.

What about ~eW`? He can't understand that this clan was, is and be always better than everyone which he has ever been. Why? Because we are friends, and it doesn't matter that someone isn't good in it. Redline never been in clan on our level. He just trying to be someone who he isn't.

All time he is talking: I own you, etc. but true is that he can play only one game on his computer, named Empire Earth II. He never tried other computer games, and if he tried then he doesn't admit, because he sucks at other games. He can't understand that not everyone is nerd like him, who playing all life 1 game. For example I installed in last 2 weeks 6 new games, and played it. What redline did in this time? Tried to smurf on Empire Earth 2, and lost all time, thats why he didn't admit that it's him.

At least I want say, that if he will make new account again, then I have to ban his Computer (not IP, because it's easy to change), and he will never be able to read this forum. He made too much MultiAccounts, when he wanted join "this noob clan", but he didn't know that I always know when it's him

So... Redline, like Venge said: "Grow up and fu*k yourself in the ass", get life, stop glitching, change yourself, and maybe you will have friends in future.

I'm not your enemy, but since you glitch against everyone player I don't like you, and I won't play with you anymore. + your net acctualy is worse than Felipe's. Yesterday when you played on mO.oM account, you lagged out 2 games.

he wasn't as oldschool as most so it's not really his fault, not many played med pace anymore after pedro and others left. 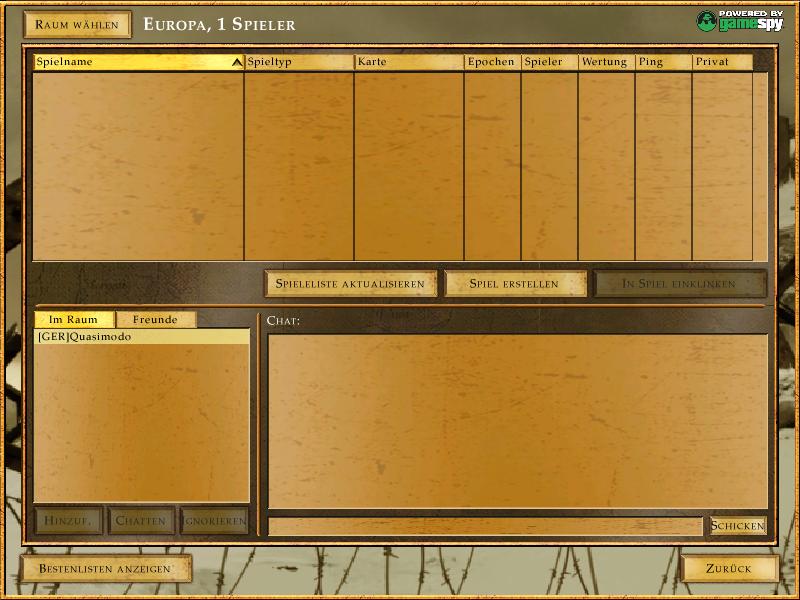 Lol? You went on at night, right? That's because 85% of the ee2 players are from europe so and they will not play at night except they have no life lol
Top

No... It's normal at 6am - 12-13am since monday to friday...
Best regards,
Dr.MonaLisa
Ministry of Game Affairs
Department of Control and Complains
Top

Yeah, almost all the ee2 players are Europeans:P, there is never anyone at night. Was Zapper cCc_MHP_cCc? I heard he was. We were such great friends^^, and he was great in med pace.
Top

Lol i remember Zapper when he came back once he played some turk wars versus me and then keisari & zapper got owned by jesu and me haha epic 2v2 bab war.
And yeah mali i guess it's him cause he liked bab war almost all med pace games
Top
Post Reply
121 posts