by KennetRP
I was playing a normal game of 1v1 against R_Empire (Roman vs. Roman - I was hosting). He has a bad habit of scout rushing in rules games, he did it this time as well, but as you can tell by the topic's title, that's not what I take the biggest issue with (especially because he stopped the scout rush after I called him out). The ultimate reason I'm writing this report is due to the fact he made a siege tower, which the game counts as a "ram". It happens sometimes that one misclicks and unintentionally produces a ram or siege tower, but in this case the player is expected to delete it. However, R_Empire did not delete his siege tower, I had to destroy it myself. Mona was observing and can confirm this. Luckily for me, the siege tower attack did not turn out to be gamechanging as I ended up winning the match regardless, but that still does not make its use okay in a rules game. Now, in theory it is possible that R_Empire was simply ignorant about the fact siege towers counts as rams, but that does not explain his lack of siege tower use in previous games (and I've played many with him). For the record, I'll be happy to accept a public apology from him in this thread.

I've provided the replay file of this match. In addition, Mona supplied me with a screenshot of the event in question:
https://patch.ee2.eu/patch15-other/Supp ... 35.379.jpg

by Dr.MonaLisa
This thread should be escalated by Bilge. I read that few days ago R_Empire rammed in a 3v3 game making Bilge rage quit (and I didn't seen him on lobby after that time). So Bilge might want to provide a playback and details of the other game, where rules break was way more serious.
Unfortunately I didn't observe that game, but rumors about Bilge going to report R_Empire were strong in the past few days.

by Gnoo
Yes, the rumors are true!
Only 3 days before Kennet's report „R(amming)_Empire“ was ruining a nice 3vs.3 game as he used one ram, which made „Bilge_Kagan“ rage quit within a few seconds. 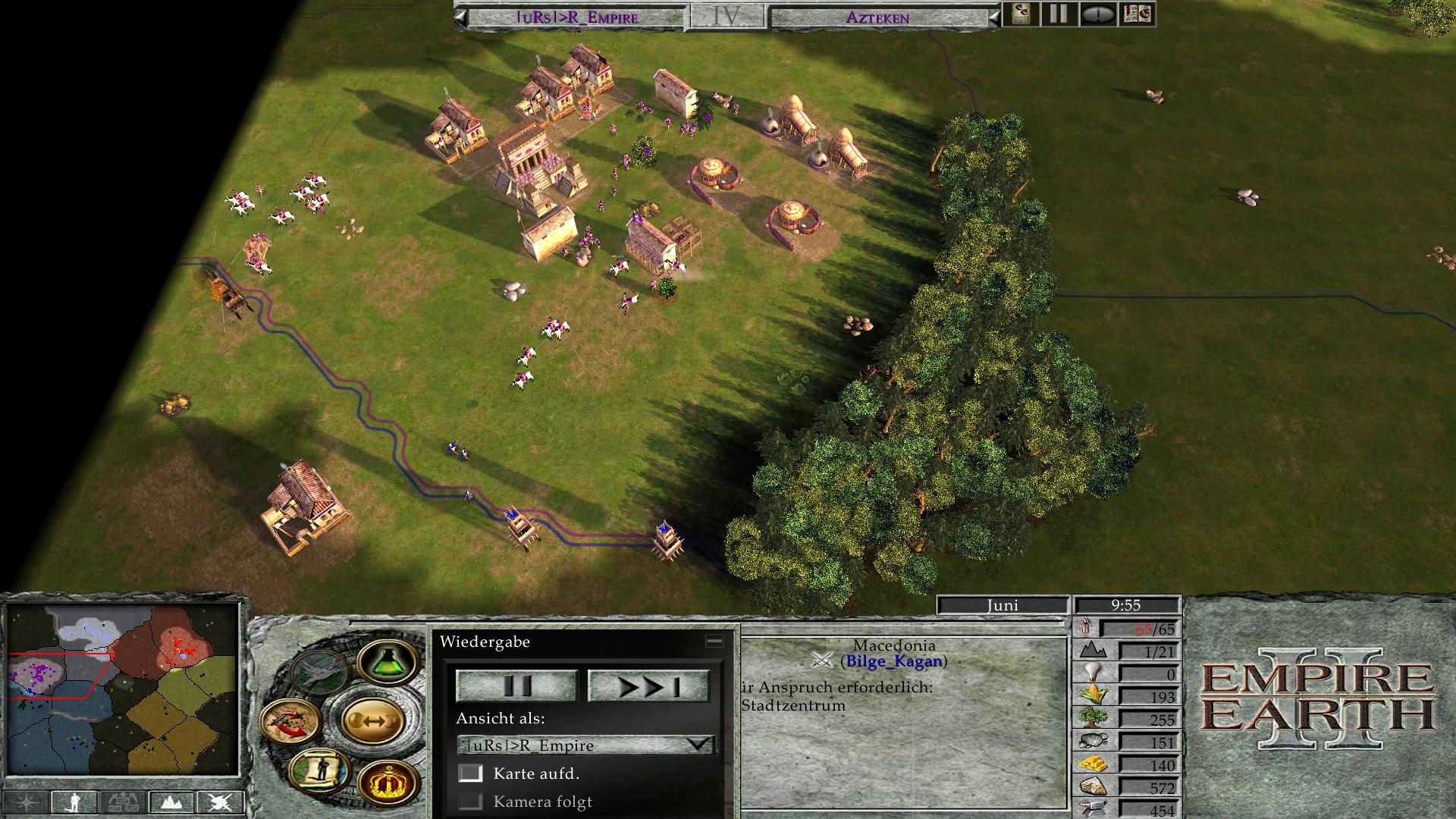 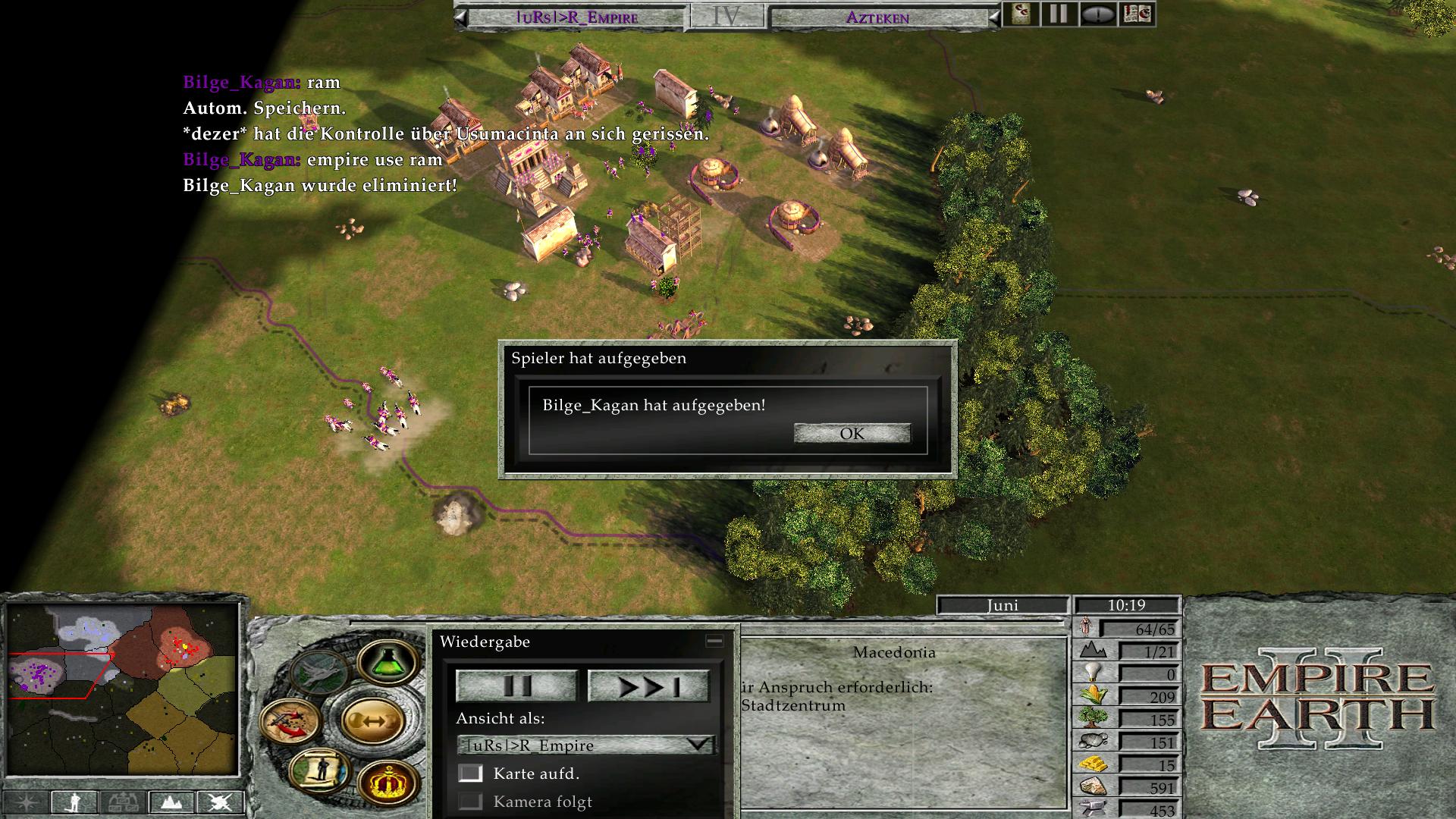 by Matty
Hi guys,
I think Russian Empire might not know that these mobile-towers are not allowed. I didn't know either for long so that would be likeky. The fact he did not use them previosuly is probably given to the fact that these towers are pretty bad actually. The only weird thing is that it seems he has been doing this thing for some days and it's unlikely nobody told him that's not allowed.
Giving the benefit of doubt I don't think he deserves any punishments. Not yet. However make sure that he knows those units are not allowed because they are counted as rams. At that point, if he keeps using them that becomes an issue and that's punishable.

by Dr.MonaLisa
I'd like to bring attention to the game / playback provided by Gnooty (that made Bilge rage quit). There are normal rams used (as visible in the screenshot):


The map indeed seems shitty for him, but it's not an excuse. If everyone did the same whenever getting a bad map, the rules would become pointless.

I forgot to mention it earlier, but at some point he also did scouts rush on me in r-r. That was around 2 weeks ago, where I additionally had eyes allergy. It made me ban him for 30 mins or so in "rage". So for me it seems like R_Empire was testing our patience until somebody has finally reported him for these crimes.
All times are UTC+01:00
Page 1 of 1