I've noticed that some players on the Multiplayer Lobby use nicknames with triple brackets.
For example:
(((uRs--Wilparra))))
(((uRs-MightY-Terminator)))

It seems to be an offensive, antisemitic symbol: https://en.wikipedia.org/wiki/Triple_parentheses

Triple parentheses or triple brackets, also known as an (((echo))), are an antisemitic symbol that has been used to highlight the names of individuals of a Jewish background, or organizations thought to be owned by Jews. The practice originated from the alt-right blog The Right Stuff; the blog's editors have explained that the symbol is meant to symbolize that the historic actions of Jews caused their surnames to "echo throughout history"


I didn't know about it earlier, but someone alerted me yesterday that it might cause problems.

The Department of Control has ability to censor partial words in nicknames and to force nickname changes of those containing illegal words.

I'd like to ask the Department of Justice to check this case, and decide whenever triple brackets should be censored or not. I personally have no opinion about it, but I don't want to hurt anybody's feelings.
Best regards,
Dr.MonaLisa
Ministry of Game Affairs
Department of Control and Complains
Top 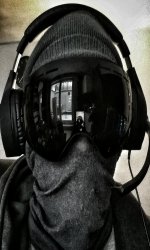 If you start giving them attention (if those are their real intentions) then you're only making this worse.
Well.. As long at it stays their unique symbol of clan or something it's nothing to be aware of especially if they had no intention in hurting other players. And if people are getting offended by it for some unspecified or childish reason, then it's their problem.
If you restrict this, you will need to restrict stuff like :
xXusernameXx, Pu$$yDestroyer, 69, username_|_...ect
These small problems are not that important to be solved on a high scale that requires a change in how usernames should be in the game, because it's a small community with a very small player base.
By the way, if those guys are from a country or have a background that might indicate they have a hatred toward Jews or the opposite, then I think you may need to ask them to change their usernames.
Top

Its just a 4chan troll thing lul, doubt anyone within the current active EE2 community is actually aware of it.
Top

Thanks for everyone's opinion.


Midoughost wrote: ↑09 Apr 2020, 23:18 These small problems are not that important to be solved on a high scale that requires a change in how usernames should be in the game, because it's a small community with a very small player base.

In my understanding, the small community requires more attention to prevent situations like this.
In a big community or a game server, you usually see the same players very rarely (different matchmaking). In EE2, nicknames starting with "(((" are first ones on the list of online players. It already takes some attention.

At the moment we're already censoring nicknames containing "Hitler", "Stalin" (this was due to ex-minister TheGrouchDE's request, so I didn't discuss if it's needed or not).
Nicknames like "kill jews", "siegheil", "nig**r", "chink" are also forbidden. Players who're trying to use such names, are asked to change them on login time. They get a special pop-up where they can insert a new nickname. So this method isn't problematic nor doesn't require additional steps from players in order to get access to their accounts back.

Regarding "Pu$$y Destroyer" nicknames, it's nothing that would require our attention. Racism is a totally different thing, that can not be ignored by the Administration.

Now, some of you claim it's a "4chan" troll, but the Wikipedia page (of course not the best source since anyone can modify it), says:
Triple parentheses or triple brackets, also known as an (((echo))), are an antisemitic symbol that has been used to highlight the names of individuals of a Jewish background.

So the troll could be based on something that has really happened.

I want to make it clear, I personally didn't analyze this case. I know that Matty is reviewing it and also reads other sources. So we will see what his decision is. I'm actually happy that the Department of Justice is active, because I can focus on more important things.
Best regards,
Dr.MonaLisa
Ministry of Game Affairs
Department of Control and Complains
Top

This was an interesting case since I didn’t even know the existence of this triple brackets meaning.

So, my decision is that there is no need to remove triple brackets.

I want to thank people who exposed in this topic their opinion because that helped me to take a decision. I want to thank Mona as well because he is always careful about these things and reported an interesting case.
Top