Download:
EE4 9.8.0 + 1.5 English
Version with support for the 1.5 patch Dr. MonaLisa with all the bonuses that the patch gives. The main thing is fewer problems with new ones.
operating systems and the ability to play multiplayer on Dr.MonaLisa servers
https://clck.ru/WW4AJ

To make it work fine:
1. Disable dynamic lighting and shadows in the graphics settings (by default it should be disabled).

In brief, the three main types of such victories
1 Economic - collect a large amount of a certain resource
2 Collecting items to obtain a monopoly in one of the industries (former monopolist)
3 Indirect action on other countries (action of spies, priests and merchants)

In detail:
This will be realized as a choice of government. First, the Senate is built - it examines one of six types of government.
After researching the type of board, the corresponding management building is constructed. There are 6 such buildings, each such building destroys
the remaining 5 buildings - i.e. several forms of government cannot exist simultaneously.
This is:
1 Military Dictatorship - Military Directorate (formerly Tribal Union)
Gives
+ Each enemy killed will bring a profit in the form of resources.
+ Ability to hire a hero in the corresponding era
- Own economy in decline

2 Trade empire - seat of the trade company / guild (formerly trade empire)
Gives
++ Having collected 1,000,000 gold - the ability to destroy any enemy instantly
+ Ability to build specialized traders for each resource
- Own manufacturing economy in decline

5 Scientific state (noocratic) - Union of Academies
Gives
++ Having collected those 500,000 points - the ability to destroy any enemy instantly
- absent

Items will no longer spawn just like that, they can be hired in the buildings they spawn from.
There will be no more heaps of the same type of objects on the ground that interfere with the passage.

The production time of the items will not be long, they will have a high price!
Other items that previously accelerated the production of items in the chain will now reduce the cost of creation.
As a resource millionaire, you can build all the items at once!
No artificial time delays - only resource-based (natural, objective reasons - I haven't collected resources yet)!

4. ************************
Text explanations for items, buildings and civilian units will have a convenient and understandable look.
The system of text prompts includes a ladder with numbers - the order of production (you can understand where the chain branches).

1. Added a new well-developed and scripted scenario "Tank Ace". The script contains targets, conditions of defeat, a video insert, numerous dialogues and text messages. There are two ways to win and many ramifications in the passage. This should be interesting!
Old scripts are hidden (they can still be opened through the normal menu).

2. The text descriptions of all military units are now indicated: their role in battle, strengths and weaknesses. These are hints for using the unit correctly.

5. Text descriptions of scientific research research institutes now fully explain which research will follow the opening (with a description of the possible effects of the research).
6. The functions of the Jesuit and the counterintelligence officer have been transferred to the spy. AI, just like in the original EE2, can use a spy, including restoring sabotaged buildings.

8. Siege weapons and artillery before the 11th era are now slow and slow-moving. They slow down the army when moving in one unit.

9. Additional function of the priest (works for AI). Each priest has a 1% chance to attract an allied, neutral or enemy citizen or warrior located nearby (without using an active effect). There is also a 0.5% chance of attracting a neutral or enemy structure to your side if a cleric passes by.

10. Changed music in eras, for individual countries, as well as in the main menu.
11. Removed / removed many non-working or poorly working things (
12. Many bugs have been fixed (far from all!)
13. Changes to the balance (the balance is not completely finished yet)

Other:
14. Fortresses and outposts now have dead zones.
15. Minesweeper can no longer carry mines (and people, respectively, too)
16. The effectiveness of items giving armor (armor effect) increased to 15% for one item.
17. Pop limit for all officers reduced to 5
18. The cost of rocket silos and missiles in them has been increased.
19. Ammunition is different in price for different types of units (price range: 10 - 20 - 30 -50 saltpeter)
20. In the map editor, many secondary buildings are now shown at the end of the list.
21. Removed the ability to create your own civilization and your troops (it did not work and led to crashes).
22. The number of anti-aircraft defenses per territory increased to 6
23. Increased the number of towers per territory to 8
24. A limitation has been introduced on the number of city blocks per territory (only 1 type of block - 1 territory).

1. All equipment in need is given the opportunity to replenish ammunition
2. Adjusted sounds, including quarries, and noises when selecting different buildings.
3. Edited visual effects: reduced the number of flying particles when hitting a building with a projectile, fixed shadows for many units.
4. Change of tactical battles. Swapped the ranges of the cannons and howitzers (howitzers were universal guns, in fact, there was no need for guns). All types of infantry were added in the 11-14 era. Including a sapper, who can lay mines, build fortifications. For these purposes, the players are given resources, but they are still not enough to build workers. In the 11-14 era, aviation and helicopters were added to all, now there are all types of troops. Added airfields. I recommend playing the king of the hill - there the infantry will be more needed to capture counter. points.
5. Resource extraction efficiency has been changed. In general, mining has become more difficult. Research is cheaper and faster. Methods for extracting resources in terms of efficiency are more logical. See related post in thread: http://vk.com/topic-51051367_31321957
6. Countries are now more different. Each country has two attributes that characterize it. The differences between countries are now much greater, from this you can now build a game. See related post in thread: http://vk.com/topic-51051367_31321957
7. The balance of military units has been changed. In a nutshell - different units require different resources, but no more than two, one of them is food. Purpose: in order to hire certain units, it is not necessary to get everything, you can only get food and something else - this allows you to create an army faster. At the same time, since resources are finite, over time, there will be nothing to hire certain types of units. See related post in thread: http://vk.com/topic-51051367_31321957
8. Fixed all items. Purpose: there are fewer effects from items, they are similar for similar types of goods. easier to remember, more convenient to balance. Now only the last item in the production chain has an effect, but the more the last items, the stronger the effect, we pay for this by reducing the population. See related post in thread: http://vk.com/topic-51051367_31321957
9. The vehicle population has been changed again. in a nutshell - downward.
10. Fixed bugs http://vk.com/topic-51051367_29592181

1. 15 eras of development from prehistoric to the future. There is a transition between eras.
Each era has economic (crafts and industries open according to the era)
and political peculiarities (in the dark ages, you can choose the path of a nomadic tribe, in the Middle Ages, a knightly order),
own historical sets of military units (t34-85 for the Red Army and Pz5 Panther for the Wehrmacht, etc.),
combat techniques change with the development of the eras (the phalanx of hoplites in antiquity, linear tactics in the era of gunpowder, tank blitzkriegs in wwII).
In general, an attempt to achieve the individuality / atmosphere of each era.

3. Developed economic component:
At the first stage, the usual extraction of resources along the ore - warehouse chain.
On the second, the creation of specialized buildings: from a sawmill, mining mines, to smelters and oil refineries.
At the last stage, the creation of full-fledged crafts and industries with the crafting of the corresponding items
(for example, the presence of clothing increases the HP for soldiers, the presence of copper increases the strength of siege weapons, and aluminum increases the strength of aircraft.)

4. Developed political component:
The ability to choose the political course of the country (becomes a nomadic tribe, the order of the Jesuits, etc.).
The ability to win by becoming a monopolist in certain industries.
A wide range of specialized units: spies, priests, merchants, full-fledged heroes with pumping.
The presence of social characteristics of their state - the level of wealth, happiness, health, religion, etc.
The ability to influence the social characteristics of one's own and neighboring states with the help of objects (poison or barrels of wine, for example), the effects of Wonders of the World,
diplomatic buildings, monuments. 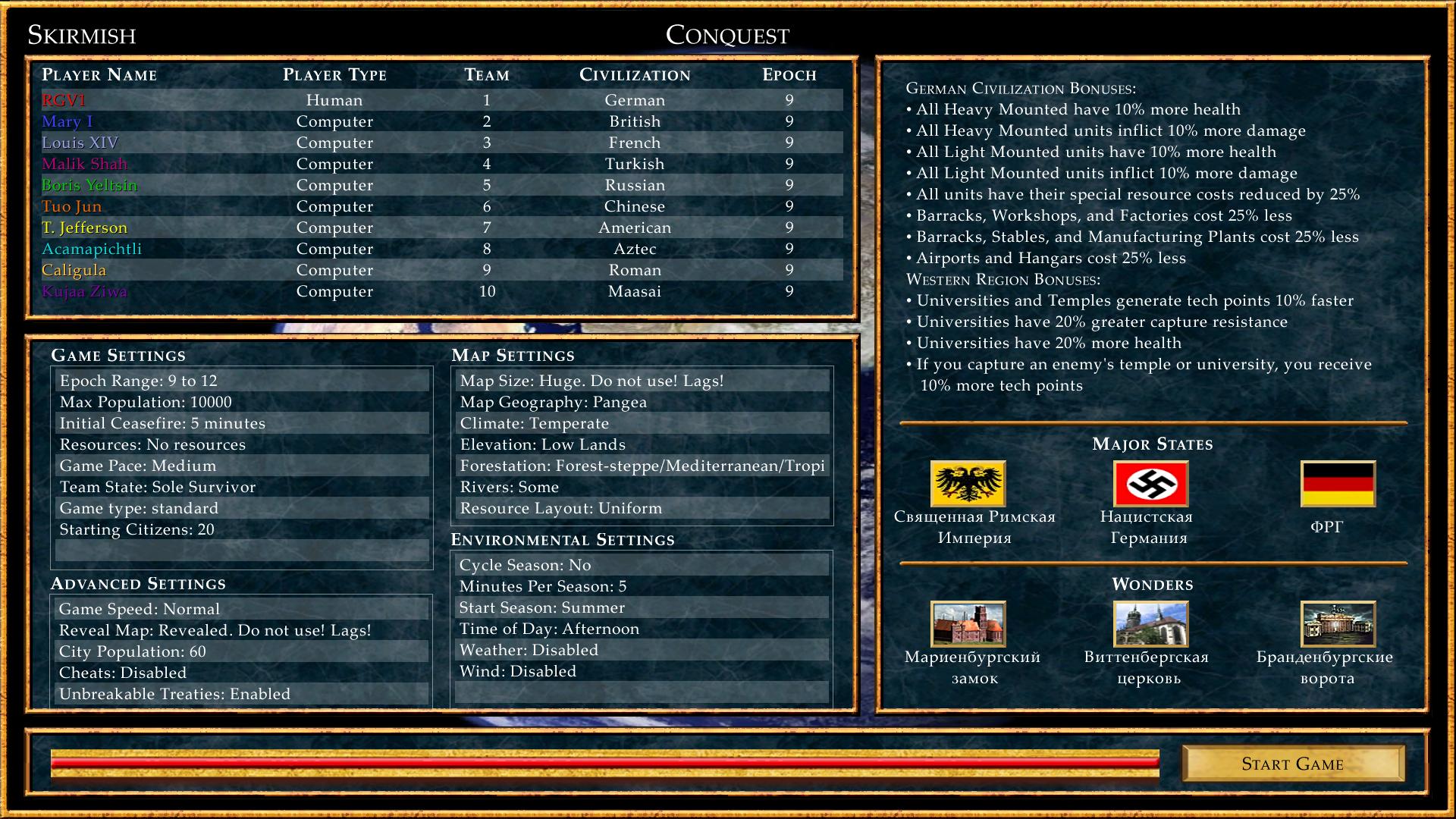 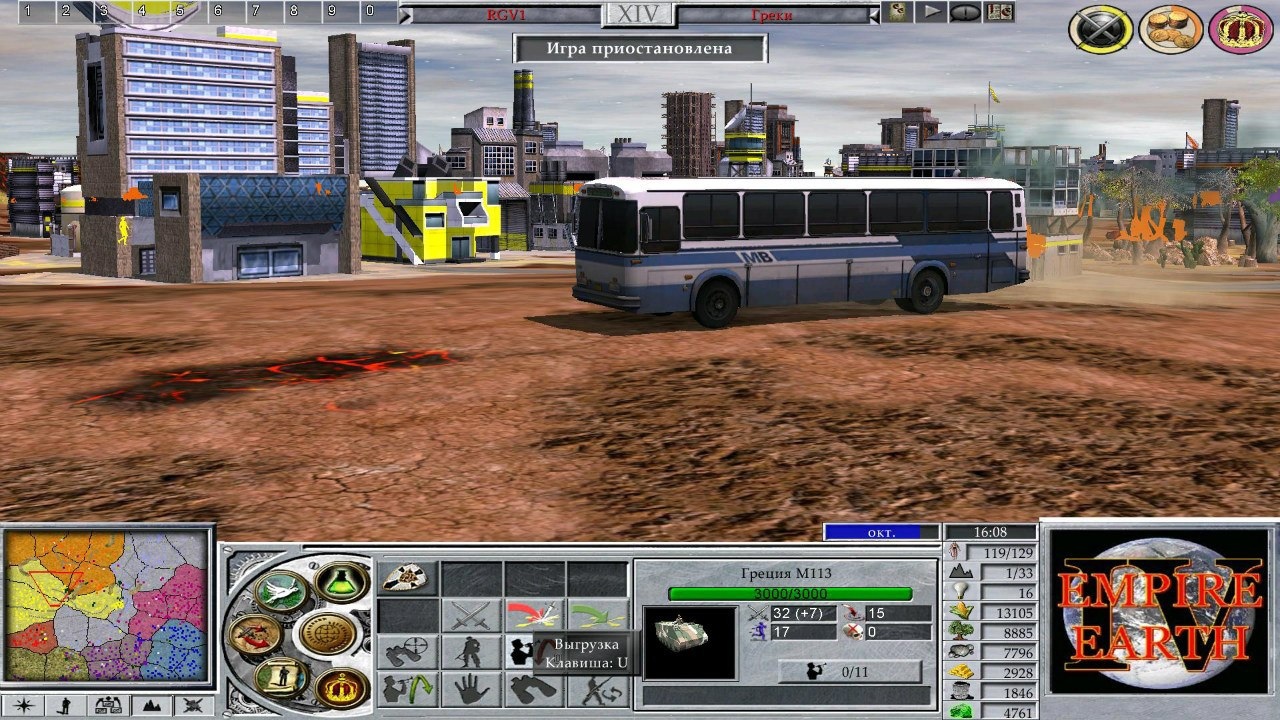 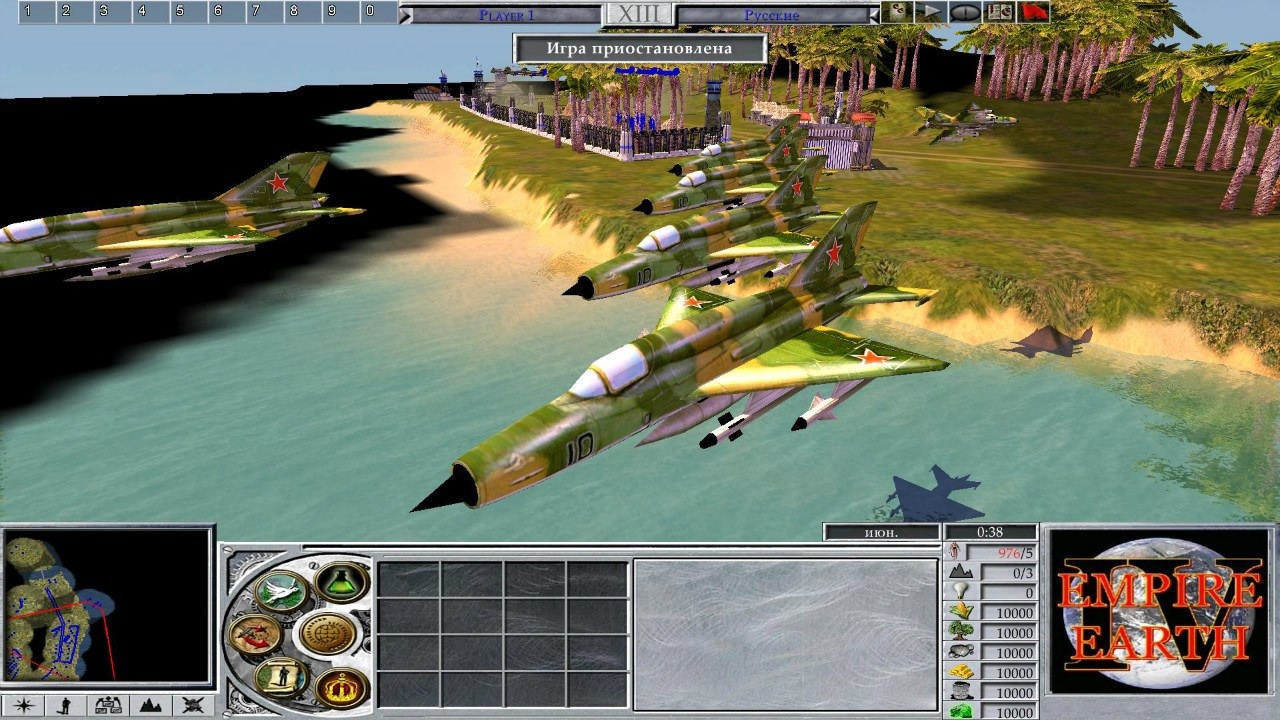 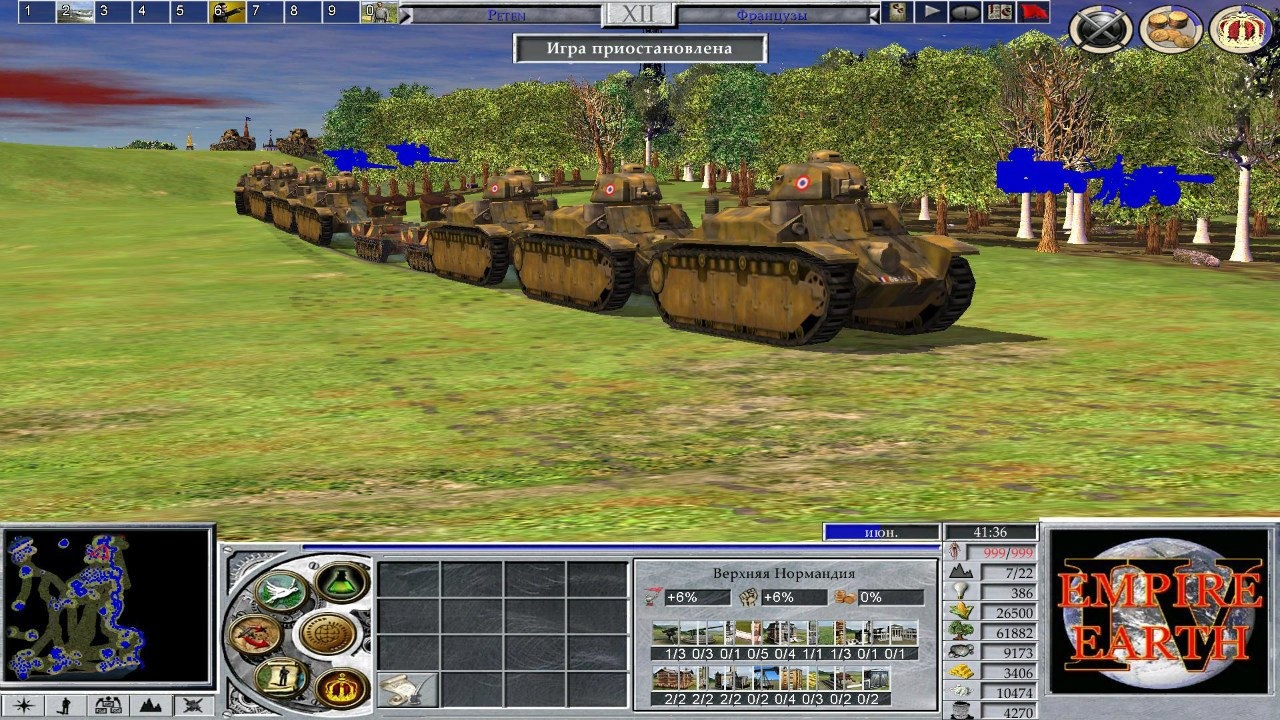 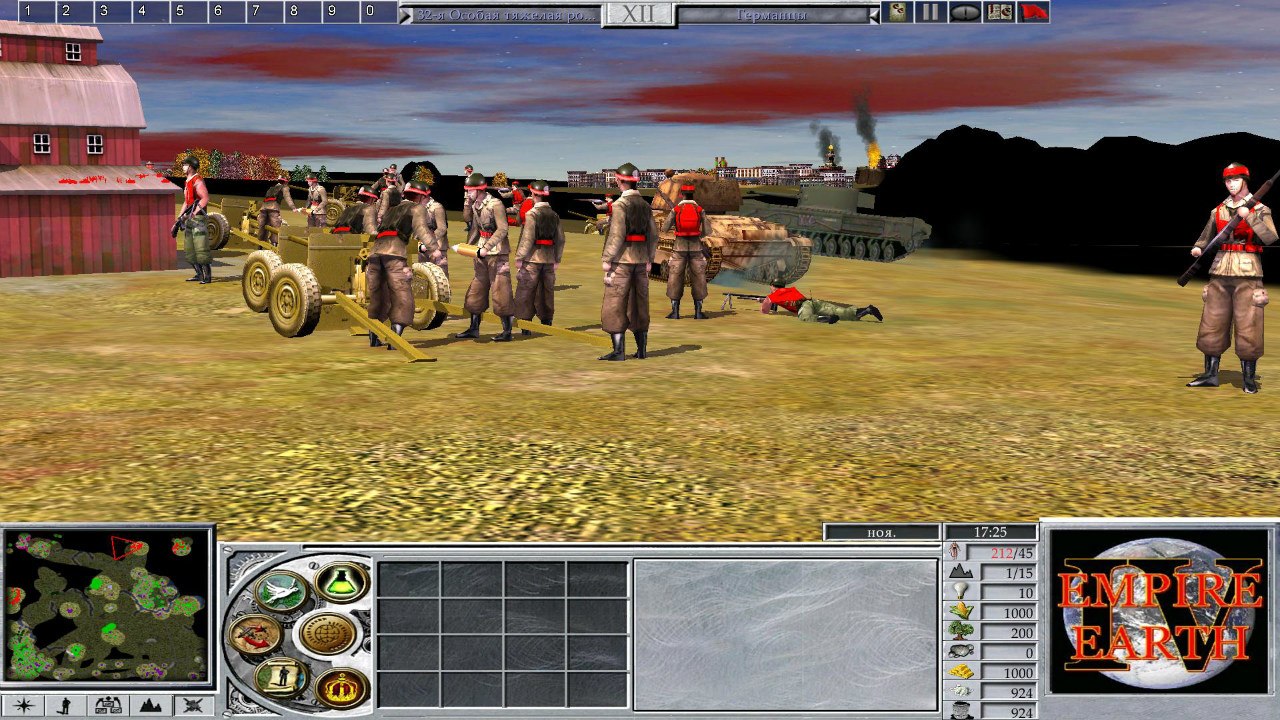 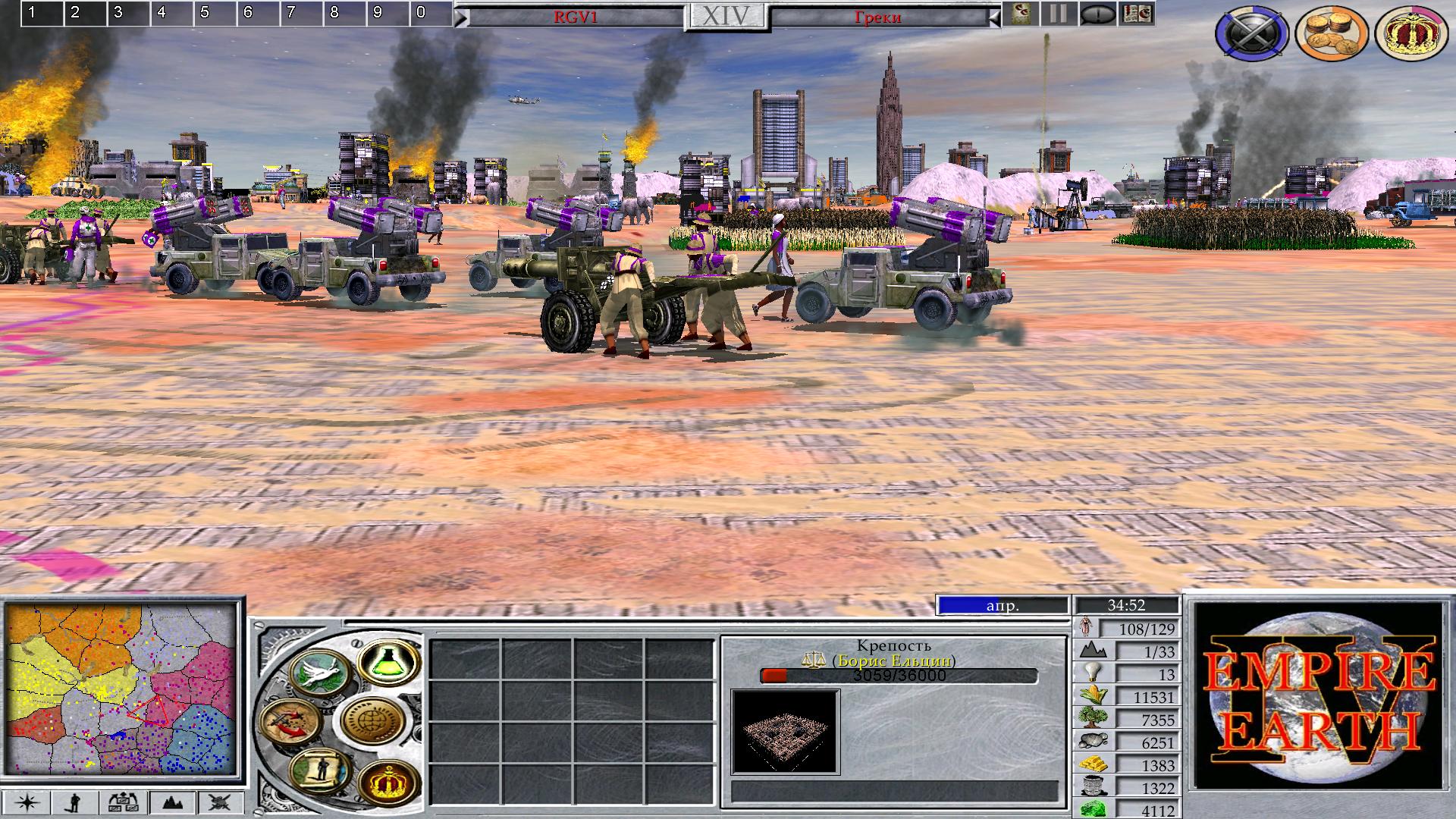 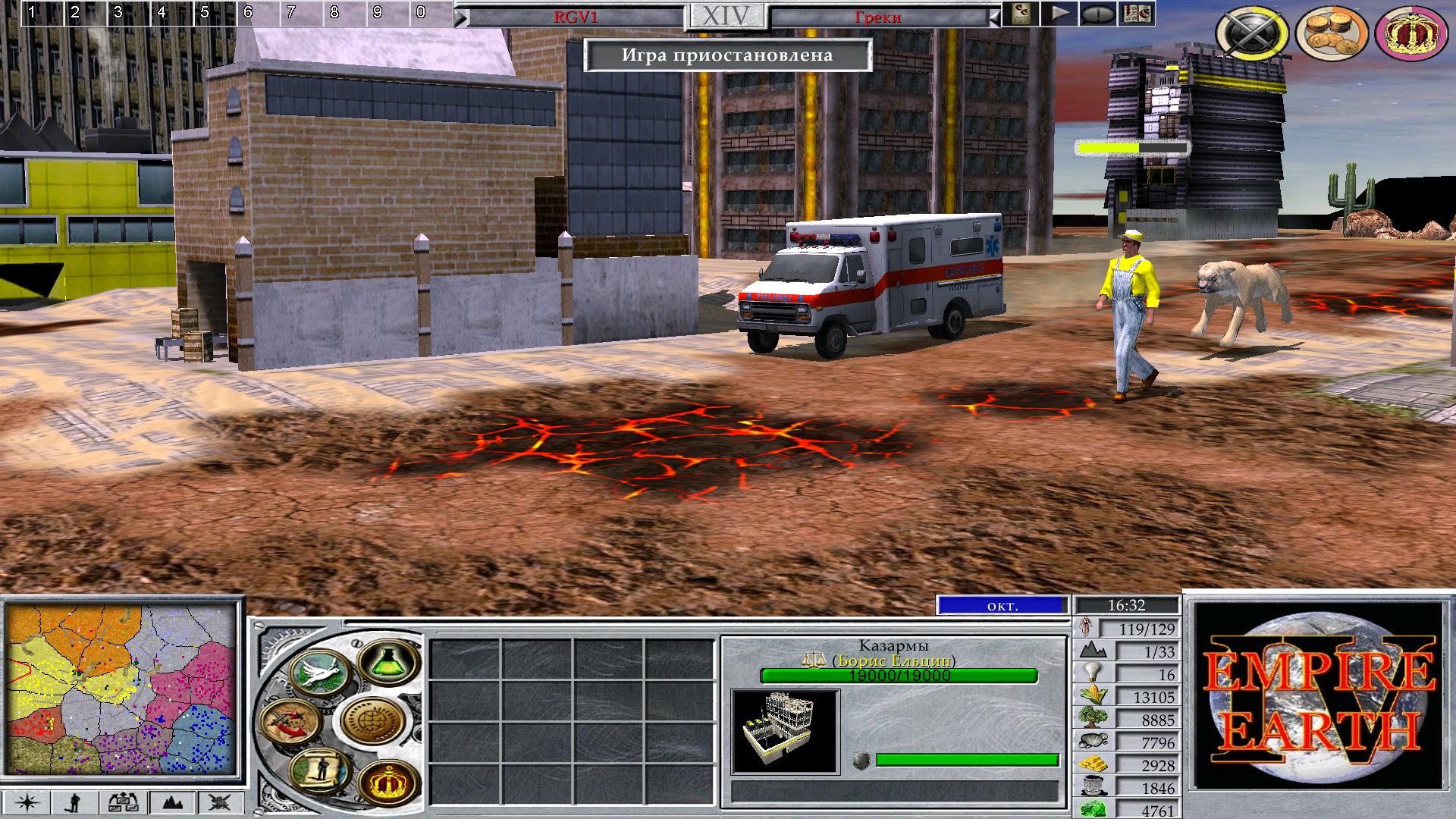 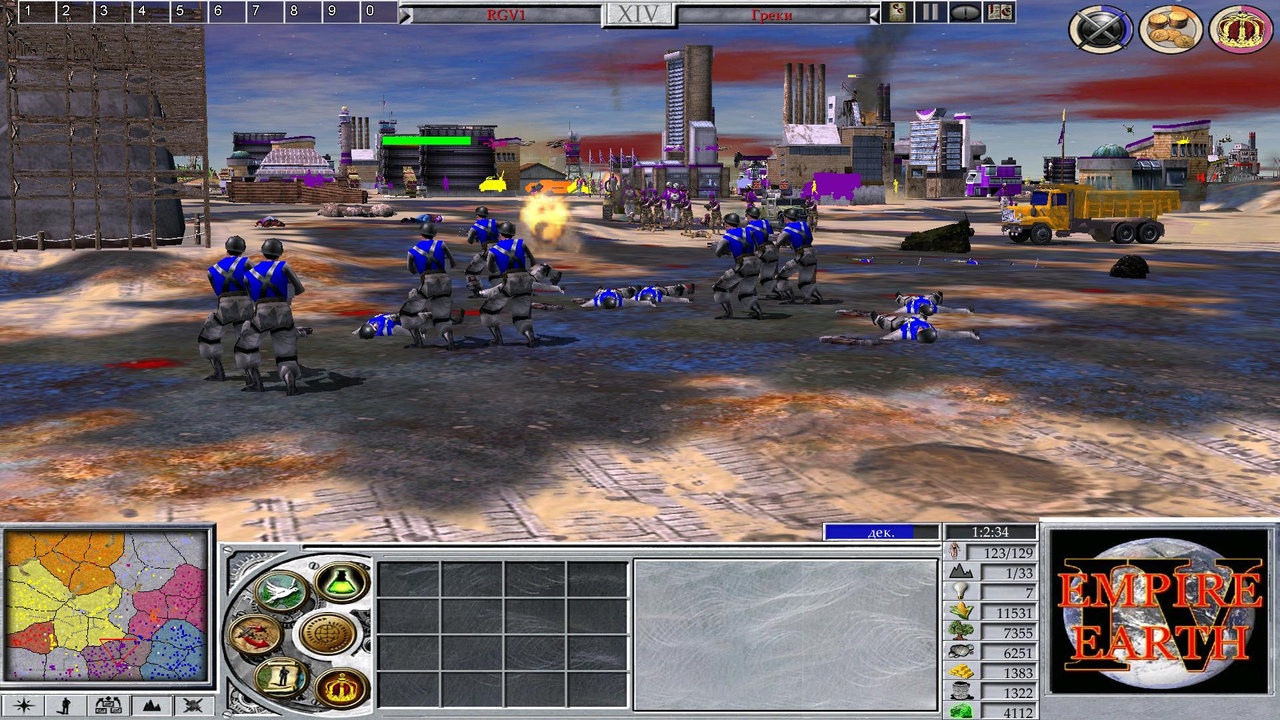 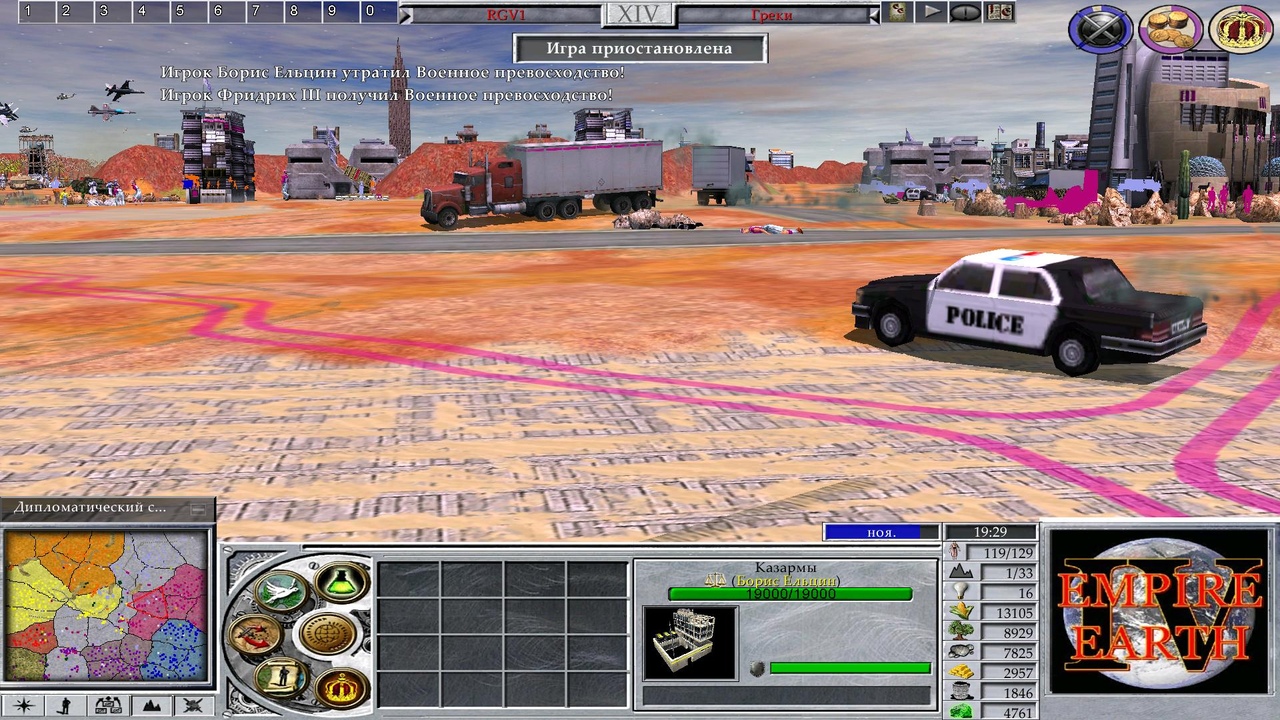 These users thanked the author RGV1 for the post (total 3):
Dr.MonaLisa, calsch03, Sat42