How can I add realistic models?

How can I add realistic models?

hello, I want to add new units each for different civilizations.

In a clean installation. with Developers Version of Unofficial Patch 1.5.

For example, this abrams tank for Americans. 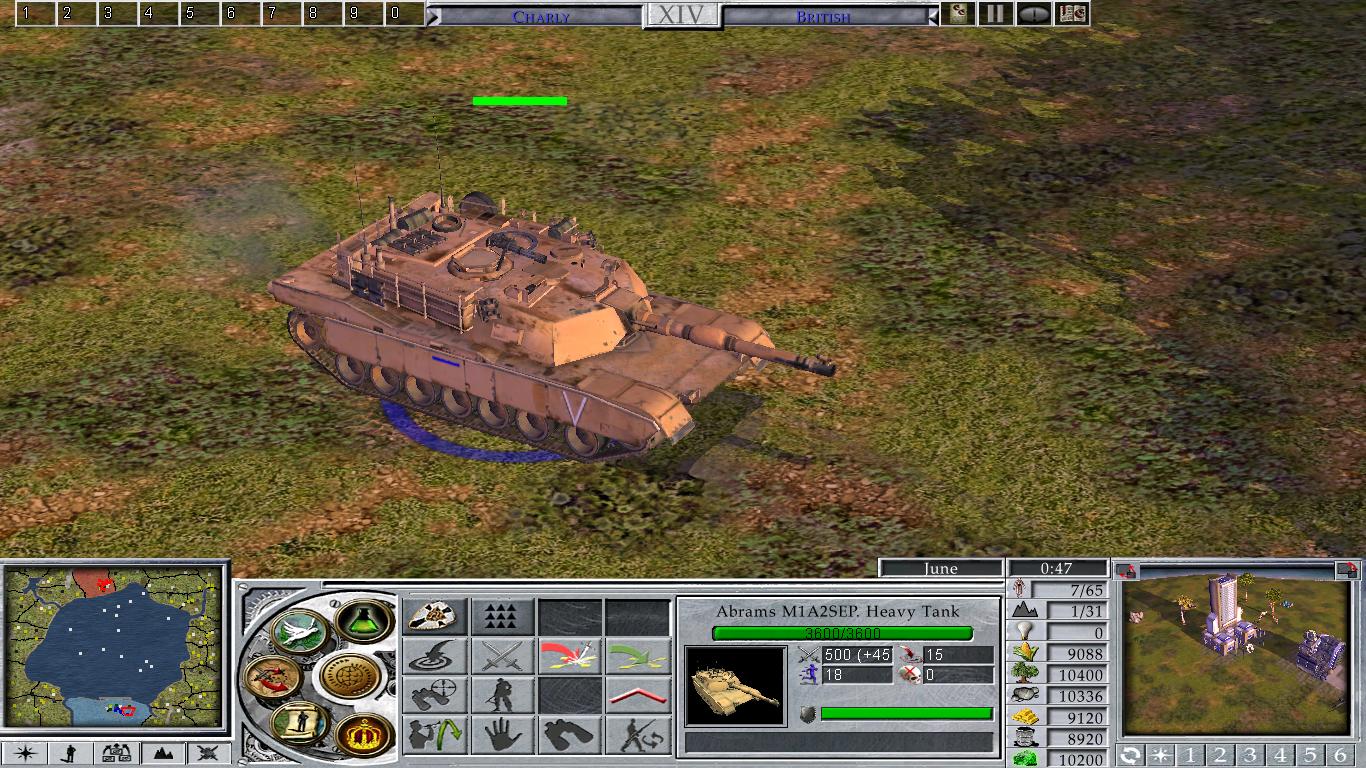 Please if you can help me.

I've done Simple modifications like resource costs, but I haven't found information for this.


First of all, Thanks
Top

Modding on the Developers Version of UP1.5 is exactly the same as on the official version of EE2.

The best way to understand how new units are added, is checking the other mods files (I think the screenshot is from the EE4 mod)?, so browsing .zip files with WinRar, using the "search text" feature, and so on.

I believe there were some topics and tutorials posted about it on the forum. You can try to search this subforum for similar topics.
Best regards,
Dr.MonaLisa
Ministry of Game Affairs
Department of Control and Complains
Top

Hello, thanks for the answer.

The screenshot is from a mod called Empire Earth 2 realistic mod, i share the link in case you want to see it.

I have followed some tutorials on the forum and with them I have been able to replace some models and textures of one mod with others, by modifying the folders in zips graphics and textures.

I have also managed to change the cost of some units by editing dbtechtreenode.

The problem begins when I change in dbtechtreenode the civilization that must unit have.

When starting the game and clicking skirmish the following error appears

I'm not sure. If civilization is the only thing changed, then it shouldn't be a problem. Perhaps "T3485" is used as Russian's unique unit to display on the loading screen?

If you use the Developers Version of UP1.5, you can try opening "UP1.5 Settings", and clicking on the "Clear Cache" button. It would remove cache files from AppData folder. Are you sure that the Unit Type is different in the newly created .ddf files? If it already exists in other files, it might cause problems.
Best regards,
Dr.MonaLisa
Ministry of Game Affairs
Department of Control and Complains
Top

If the unit is probably exclusive to Russia, I will deal with another unit. I have not achieved it with other already modified versions of the game, I have several versions installed. I probably change so many things that I broke them, but I have backups.

It could also be that the bug is caused by the game version, Empire Earth 2 Gold Edition. After installing it, I installed Developers Version UP1.5 to make it compatible with Windows 10, started it and it worked fine.

I installed a mod called WW2 Panzers that takes epoch 12 EE4 units, a simple mod, I've never had a problem with this mod, but this time building the manufacturing plant and clicking on it took me out of the game showing the above error.

Fix the problem running it with Windows support xq worked fine but modifying EE2X_db files especially if I change a value of dbtechtreenode.

In the part of adding new units the truth is not much what I do, copy a code from another mod changing the name of the unit and pasting it in the units folder of EEX_db.zip and then pasting the model and the textures in the folder zips

Are you sure you installed Developers Version of UP1.5, not the "Normal" one? The Normal one has a little different files structure, and other files need editing (in db_155.zip).
Remember, that some mods are overwriting previous mods (if the same files are edited), but you probably already know it, since you're adding changes manually.

Other mods are known from often crashing, so if it appears randomly, then it might not even be a problem with your modifications.
Best regards,
Dr.MonaLisa
Ministry of Game Affairs
Department of Control and Complains
Top

if it's the developer version
if also the blockade was random in indeterminate time.
Top

Just to confirm, you haven't installed the "Normal" version over this EE2 installation, and then replaced by Developers one? Because it leaves a lot of files that may cause the problems.
Sorry for those questions, just want to make sure the incorrect installation isn't the problem.
Best regards,
Dr.MonaLisa
Ministry of Game Affairs
Department of Control and Complains
Top

No, all versions of the game are clean, only with the developer version I have the EE4, EE2 Eealistic mod, and EE2 with a Chinese mod very similar to EE4, I want to add the units of these mods in the the gold edition, but they are very complex.

Maybe by changing them huh ruined

But i would like to know if how i do it when adding ddf units it should work?


maybe as you told me before, the modification in EE4 and the others cause problems because the units are repeating.

in the gold edition it may not be compatible and you should find another version.

In EE4, a Russian version. In the scenario editor there was a unit with the same name that I had created but instead of being written in Russian it was with the name A7v that I had given it along with its model and texture but when I tried it on the stage the game closed. .

I tried to put this unit in gold edition in the same way and I couldn't find it in the scenario editor.
Top

All those mods (EE4, Realistic) are only compatible with the Gold Edition (it means EE2 with AOS). It's because those mods are working only on the expansion pack.

The only solution in this case would be importing every unit one-by-one, then testing if works, and another one. For sure EE4 mod uses some unit types that are the same in the Realistic mod. So that can cause problems.
Best regards,
Dr.MonaLisa
Ministry of Game Affairs
Department of Control and Complains
Top
Post Reply
16 posts