So i made some changes...

Amazing first post if I am to believe all the modifications you made!

- 3 elevations of cliffs instead of 1: I do not understand, aren't slopes of varying height to begin with? please post a picture to illustrate what you mean

- units smaller, buildings bigger: how did you do that? + image please

- trees spaced apart: an image would be welcome here too!

- changing the AI: how did you achieve this? It shouldn't be possible since we don't have the source code. Of course you can use scripts for specific scenarios...

- I am also interested in adding new units to the game in the future (especially a chariot archer for Middle Eastern civilisations), others can probably help there

- you mention having to copy/paste every time there is an update to 1.5: that is why the normal 1.5 patch is not designed for modding. It's impracticable. As Mona will tell you, if you are interested in modding the game (not just making scenarios using existing material and scripting), then your best bet is the Developers' version of 1.5: it doesn't have all the new bells and whistles that the normal 1.5 patch has, it keeps the game "pure" but still corrects bugs that existed in the last official 1.2 version of the game. Honestly, if you want to share your mod with the world and hope more than 2 people will play test it, then making it for the Developers version is a must (since that version is stable).
Developers version of UP1.5: https://www.ee2.eu/patch/developers/

Hope to hear more from you in the near future! I am often too busy with other things, but I am happy to slowly continue learning about modding and scenario making for Empire Earth 2.
Top

Hi. Thanks for posting details about your mod.

The Normal version changes the files structure in order to support all possible game languages (so users are not forced to use English, Russian or whatever, as it's done in other mods). The normal version of UP1.5 also uses some different files (their names were changed in the executable). They usually have "5" at the end. For example dbforests.csv to dbforest5.csv. They're also stored separately, usually in db_150.zip / db_155.zip. All those .zip files are updated with every Minor Update (usually at least 1 time per month).
The Developers version only has features that were possible to add, without invasive files modification. Most of game crashes and freezes have been fixed in it, but some of them, caused by errors in DDF files are still there. So The Normal version of UP1.5 is always more stable than Developer's one.

Multiplayer services are available for both versions: Normal and Developers. The Multiplayer Lobby even displays the configured mod name in the player information (after hovering mouse over the nickname).
Of course both players need to have exactly the same files in order to connect with each other, otherwise they'll see errors about different files.
At the moment, it's still possible to play on the Normal version of UP1.5 with own modifications, but this thing might be changed in the future, as I have plans for advanced files verification in order to protect Normal version users from possible cheats or Out of Sync issues, or help them repair patch installation using the Launcher functions. This is why I recommend to use Developers Version whenever making own modifications. Developers Version has also it's own updates system, where developer of the mod decides when users see an update notification and a separate download page.
But in simple words: Our Multiplayer services are available for the other EE2 mods. There are no limits, and Developers version was actually created to help those mods get delivered to a larger number of players.
Unfortunately, there is no way to make everyone happy. I know that it would be the best to be able to mod on the Normal Version of UP1.5, but that would totally slow down the development. I'd need to post details about every single modification in order to allow modders to import this change to their mod, and so on. I'm already very annoyed by keeping Developers Version updated. Every single change I have to apply to EE2, EE2X, EE2 + Mod, EE2X + Mod, and then test everything.

Regarding balance, it's an endless loop. No players will ever be happy from balancing. Some prefer the original one, some would change literally everything, and as a result it always ends in more issues than pleasure from playing the game.
In the Normal version of 1.5, only Tanks and HERCs were improved (stronger), because in the official version they're literally useless, and have never been used by players on Multiplayer.

I hope this answers your questions. If I skipped something, please let me know.
Best regards,
Dr.MonaLisa
Ministry of Game Affairs
Department of Control and Complains
Top

stangest thing just happened: I couldnt log into my account, so i made a similar one, and my reply is here: 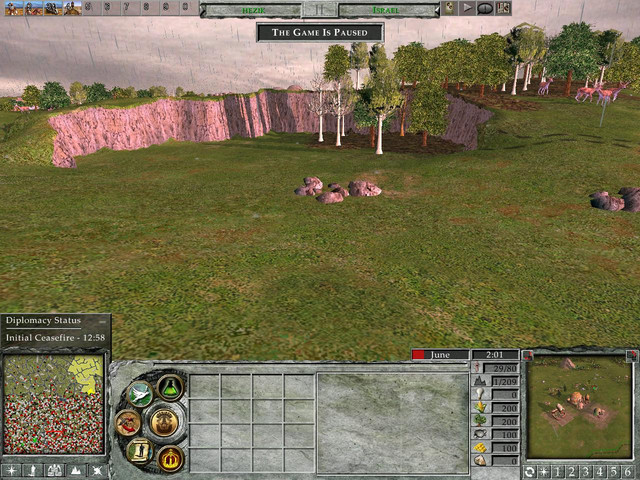 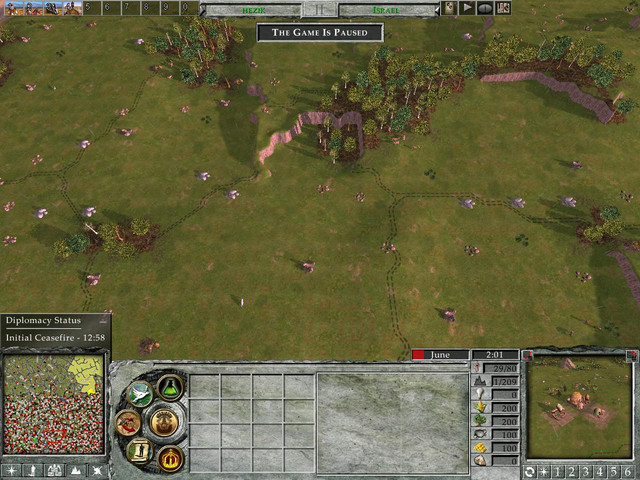 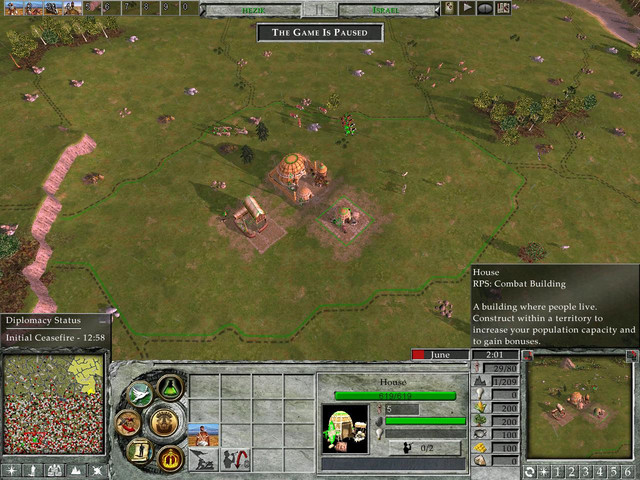 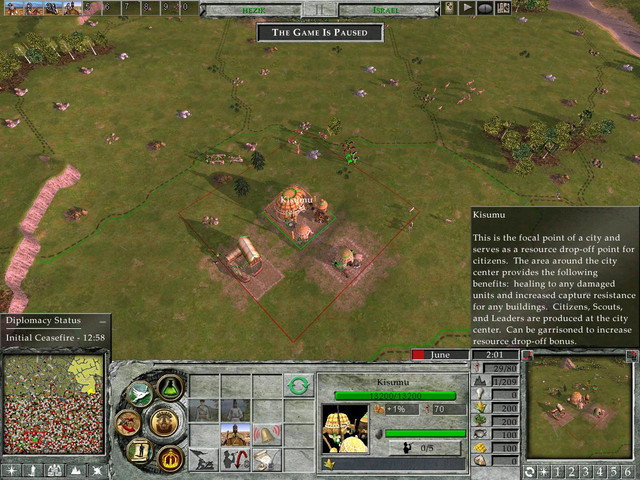 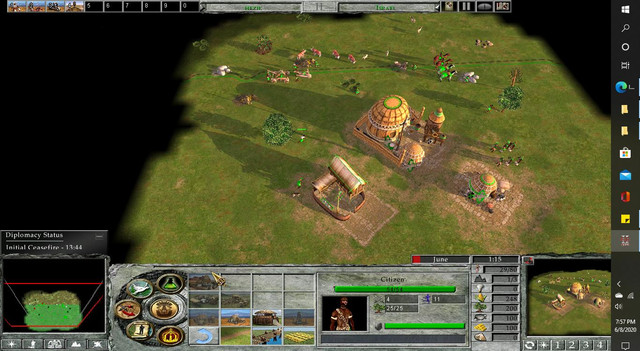 Hi. Why couldn't log in? Any error was shown?
You could try resetting password, using this link: app.php/user/forgot_password
Best regards,
Dr.MonaLisa
Ministry of Game Affairs
Department of Control and Complains
Top

hmm, I just posted a reply stating it was human error on my part, but it did not deliver it.... is your site under attack, or is my pc? who knows? lol it's ok I am just glad to have proven myself.
Top

Do you mean the password reset mail did not arrive? Have you checked the "Spam" folder?
Best regards,
Dr.MonaLisa
Ministry of Game Affairs
Department of Control and Complains
Top

im ok i dont mind the new account, and i wont have to make more accounts...
please dont worry about it, i didnt do all that much on the old account, so i am not that concerned

Added after 9 minutes 9 seconds:
but i do have a question about modding:
do i need to have a zip folder, or folders, that hold the various files and respective folders that i have edited? like can i have "citizen.ddf" be the only thing in the "Units" folder which is inside of "EE2X_db" which then would be put inside the zip folder...so the path would be:
zip_ee2x --> ee2x_db.zip --> db_ee2x --> Units --> Citizen.ddf
or will doing this, and pasting it over the current zip, simply overwrite and delete the other zip so that only one file remains?
Top

Generally, the case with .zip files is very complicated.

The simplest answer would be: sometimes.

In general, all files should be packed inside the .zip, and not placed unpacked in zips / zips_ee2x folder. In the Normal version of UP1.5 you can see that some files are unpacked, but that's just for the multi-language support. Only files that are the same on EE2: AOS could be placed outside .zip, and only "sometimes". Most of the time this method doesn't work and causes crashes. This is why some of game files are renamed to *5.csv, *5.ddf, *5.cfg in UP1.5, and placed in a separated .zip (db_155.zip). Normally, this is a very dirty method of modding, because names of game files were changed in the game .exe... But that was the only solution to support all language versions of players, especially when we didn't have the Language Changer back then. And even now, the Language Changer is missing some languages.
If there are 2 files with the same name, in 2 separated .zip archives... It might work "sometimes", but not always. Most of the times actions like this cause game crashes. The worst part is, what doesn't crash for you during tests, might crash for many others later. So modding on those .zip files can be challenging,
So the final guidelines would be:
- There should not be the file with the same name placed in any different .zip archive.
- Keeping files with the same name outside the .zip archive might work sometimes and read the file with a priority, but it only works sometimes. For example file zips\territory.ddf in UP1.5 was the same on EE2 and EE2: AOS. When it's placed in zips, it's read by both (EE2, EE2: AOS), and the same file in db.zip, EE2X_db.zip is ignored.
Best regards,
Dr.MonaLisa
Ministry of Game Affairs
Department of Control and Complains
Top
Post Reply
8 posts • Page 1 of 1