Hi everyone! I want to finally share my collection of scenarios which I've made since 2017. In these I didn't use UP1.5 units/buildings etc. for the better compatibility reasons (ok, ok, I'm very conservative too). All of them have different difficulty level, but I hope you'll enjoy some!

1. Korean War 1950 (difficulty: medium)
*Kudos to Dr.MonaLisa and Loewenherz for their invaluable contribution in this one*

This is a scripted scenario which includes both nations from the original campaigns - Americans and Koreans. You're playing for the United Nations forces and your aim is to overwhelm communist powers in the region. As you may know, that's easier said than done. I've used some funny tricks with AI to hold it tied down for the time being and also tried to make winning game way a little non-linear. Hence, there's "eliminate enemies' leaders to win" strategy here. My best scenario.

This scenario is made to be easy, so it’s quite straightforward. You need to destroy the Nazis city center to win. Inspired by original American campaign since that third scenario is one of my favourites. Simple, but atmospheric. 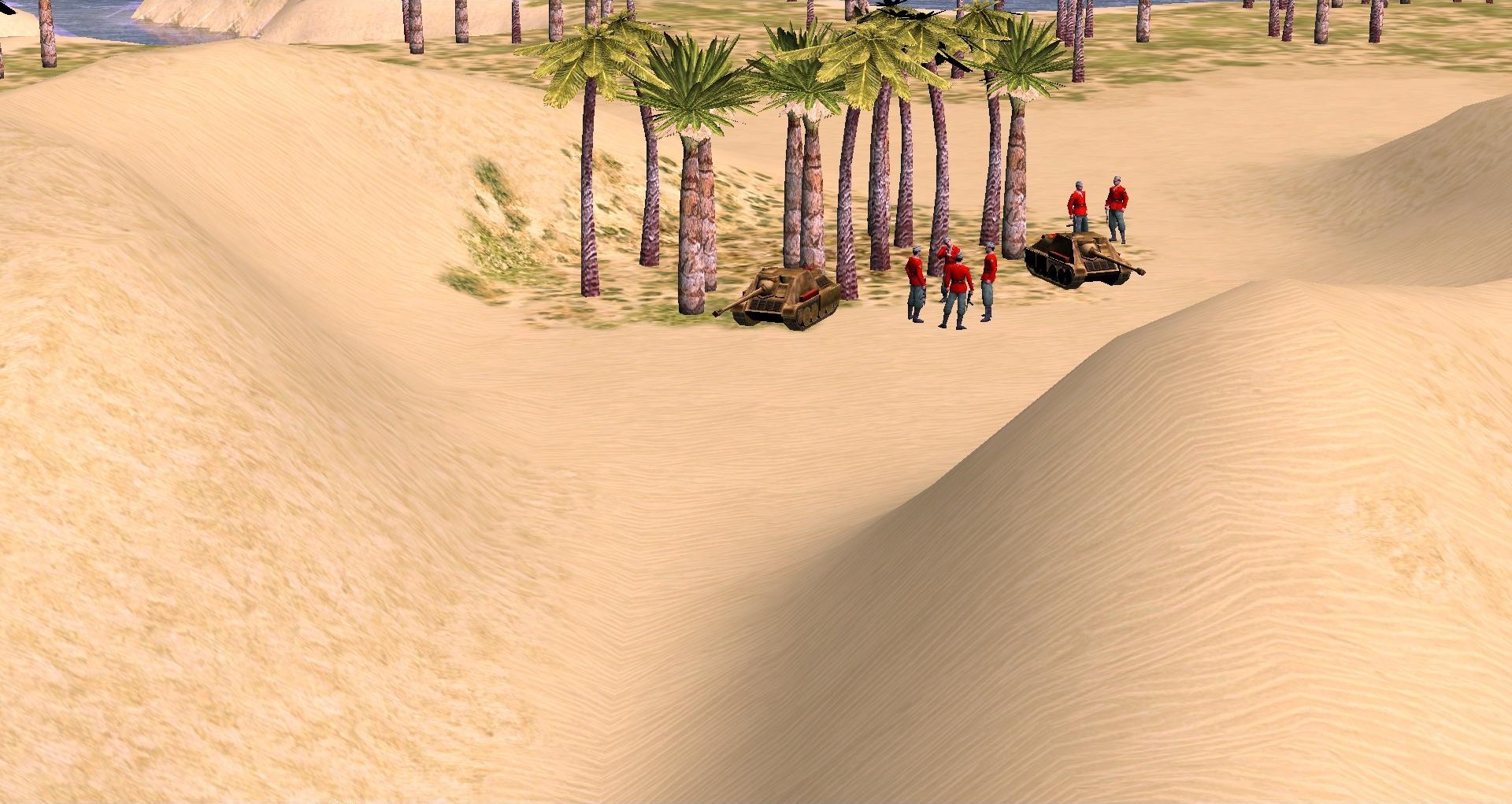 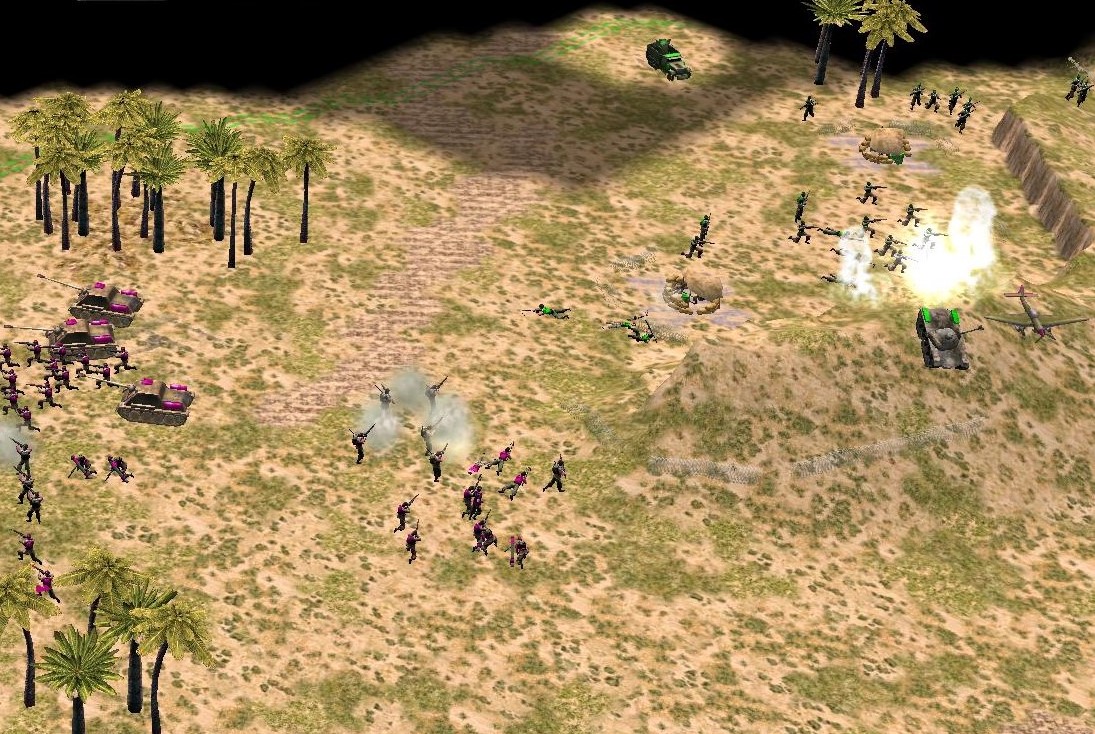 This scenario has little scripting cause I rely on map editor way back then. The scenario is based on operation "Power Pack" carried out by the USA in Dominican Republic (1965) to prevent communists taking power in the state. 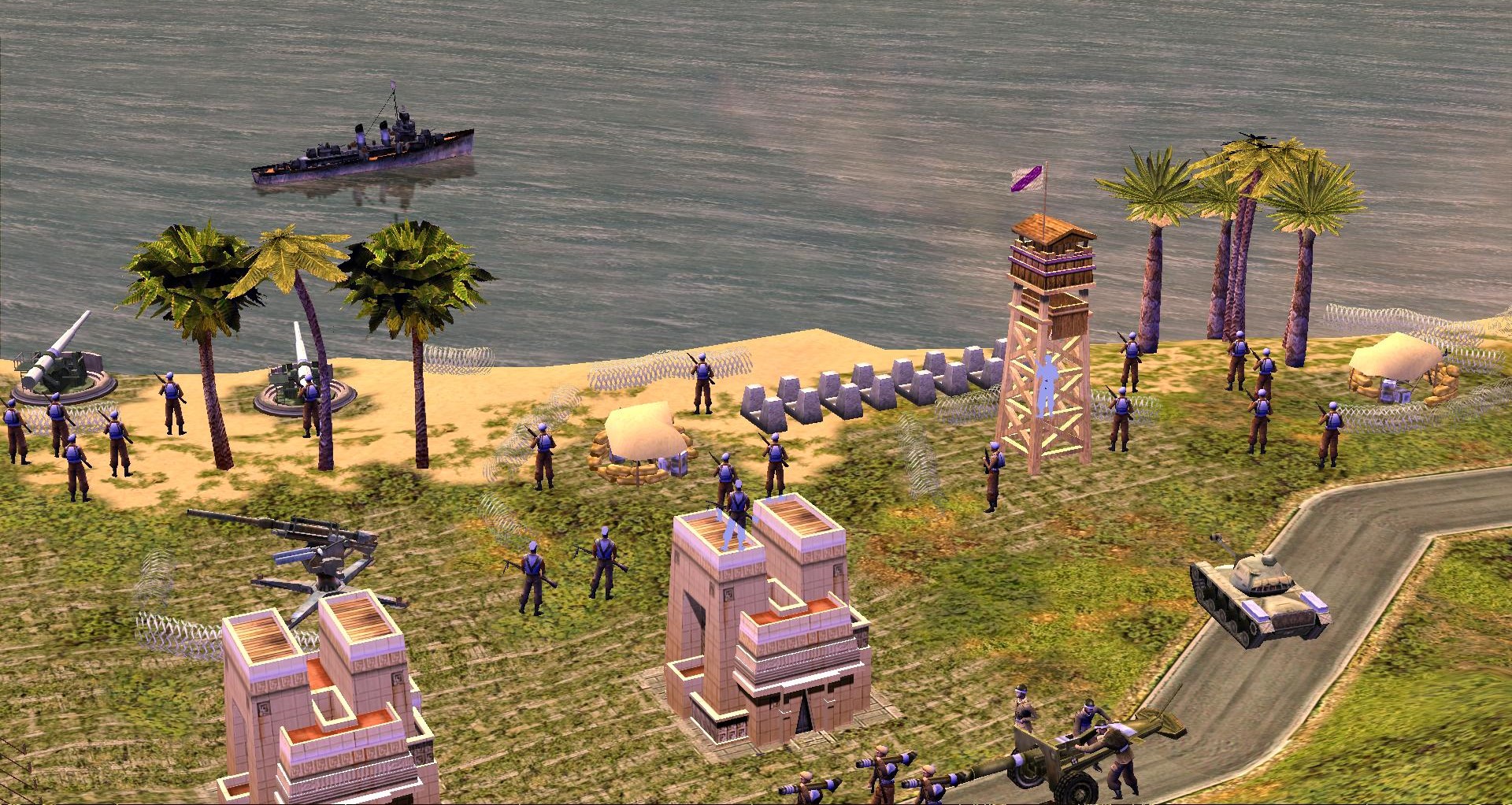 This one has no scripting at all (almost), but it comes two in one.

The scenario is based on the fantastic book of the same name telling the story about a planet that settled with people similar to us (the main difference is omnipresent totalitarian society after the world nuclear war). You can lead the remains of The Paternal Empire or command horrendous Island Empire. Nuclear bombing required.

5. Save the Byzantium (difficulty: hard, HARD!)
*Kudos to Dr.MonaLisa and calsch03 for help and inspiration*

Unfortunately, this scenario can’t be integrated to the mode. It uses custom .aip file which must replace default one. So, player need to back up his original Skirmish_Default file and then replace it with mine to play the scenario. So yes, one actually need to spend time in order to play and I can do nothing with it. Anyway, it’s possible. And it shipped with manual

The scenario is based on the events that took place in Europe during 1000-1400 AD. It invites you to change the history and save the thousand-year state from the imminent doom. And it’s hard. May be too hard, but you can use active pause to make it easier. If you can’t watch 3-4 fronts at the same time, of course.

Interesting! Thanks for sharing. Would that be cool to include them to UP1.5?

Regarding the .aip file, I'm not 100% sure, but I think once loaded to the scenario, it should work, even when this .aip file is not present in game folder. Could someone check it?
Best regards,
Dr.MonaLisa
Ministry of Game Affairs
Department of Control and Complains
Top

Of course, I will be happy to see them as a part of mode!
Regarding the .aip file, I’ve failed to integrate it to the scenario itself (because of unstable AI_ChangePersonality command). Gameplay is only correct, when I have it in /aips folder as the Skirmish_Default.aip; otherwise AI won’t attack/kill its units.
Top

Thanks for sharing your creations Bogdan, I'll certainly try them out and do some tests with the .api for myself once I've got some time.

Regarding the .aip file, I'm not 100% sure, but I think once loaded to the scenario, it should work, even when this .aip file is not present in game folder. Could someone check it?

The aip file gets loaded once you call it in the script, so it's not connected to the scenario file sadly.


The discussion & solution regarding the custom .aip file has been continued in this topic:
viewtopic.php?p=25557#p25557
My missions:
- Survival Egypt (survival game mode)
- The Roman Expedition (quest based scenario)
Top

Hi Bogdan. I'm sorry to inform you, that your scenarios could not be added to Unofficial Patch 1.5. It's a decision of Minister Loewenherz who verified that there was only basic scripting. Adding those scenarios to UP1.5 would require a lot of work (preparation of preview images in supported format / resolutions, text file database entries, etc.). At the end, it would need to be "fixed" by UP1.5 (like for the previously added scenarios) to display in game.
This all is so problematic, and I'm lazy enough to... create a new feature, especially for the content of this type.
With Minor Update 157034, which has just been released, you can create a simple protocol links, which will automatically download and place your scenarios files in players Documents folder. Please check it out: viewtopic.php?f=54&t=5332
I would be thankful if you updated your posts and added the new installation method to them

The original download file can be placed in a "spoiler", and the new link visible on top of it.

Thank you once again for sharing your content with us.
Best regards,
Dr.MonaLisa
Ministry of Game Affairs
Department of Control and Complains
Top

Hi! I found out today, that my scenarios are included to the game now. Thank you! I played them recently and everything is mostly good.

Unfortunately, there are some problems with "Korean War" scenario I have to share. Since the original scenario was remade in some ways, that caused a few annoyances:
1) Although "Chinese gates" look good, all of them severely block units' movement (particularly for tanks and artillery). This constrains both AI and player's armies, so...
2) Changing the original location of AI's "Leader" units. Well, it makes the scenario easier (as step-by-step gameplay is broken for North Korea 3). However, Chinese troops are "released" from their "borderline traps" too soon (see, North Korea 3 player's existence is bounded with Chinese's movements) and that in turn makes scenario harder. And short.
3) But the biggest problem are those additional mortar units in the area of Seoul, which were added. Because of them (and exacerbated by those gates) AI is too week there and so it loses. That saves South Korea players, which causes 2 issues: first - after defeating all enemy "Leaders" South Korea declares War to UN forces

second - game crashes after Chinese "Leader" is killed. That's because my script expected enemy "Leaders" to be killed one by one, and those didn't include South Koreans of course (as they are taken down on the game start). It was really better with the original placement of "Leaders" and units balance.

One problem complements the other and therefore I can't ignore them. I appreciate Loewenherz's help, but unfortunately Korean War scenario did not become better (sorry, Loewenherz). I would be very grateful if these little difficulties will be fixed some day
Top
Post Reply
66 posts