by Gonzalo
Thank you very much!!

While designing my first scenario I came to the realisation that by default there is no concept of "shallows" in Empire Earth 2 (unlike in Age of Empires 1/2, where land units can cross shallow water areas), and I already raised the issue here: viewtopic.php?f=54&t=5226

This is a shame since my scenario is set during prehistory, and I cannot have primitive tribes-people build bridges, ships etc.

My question is directed at you because you already added a water sheet (called "river") as an ambient in your pack, and I think more could be done with it: it is currently just a static texture on a sheet, BUT
- is it possible to make that water/river sheet have an animated (looping) texture?
- even better, would it be possible to get the animated water texture used by Empire Earth 2 for use with your river sheet ambient? moreover, if the surface reflection property could be added to that water sheet, the illusion would be perfect!

If the answers to these questions are positive, then it would open up exciting new map design possibilities, where land units could cross "rivers" on foot where the water is shallow, etc. It would be particularly welcome for scenarios taking place in ancient times.

Our new models did not support animations or reflections. Only static models can create via nifskope. Or there use the animations from the original EE2 units. The only idea are, to create a shallows river, to tricks a littel bit with color and ambient units.

Maybe look it better, if i make the texture transparent? 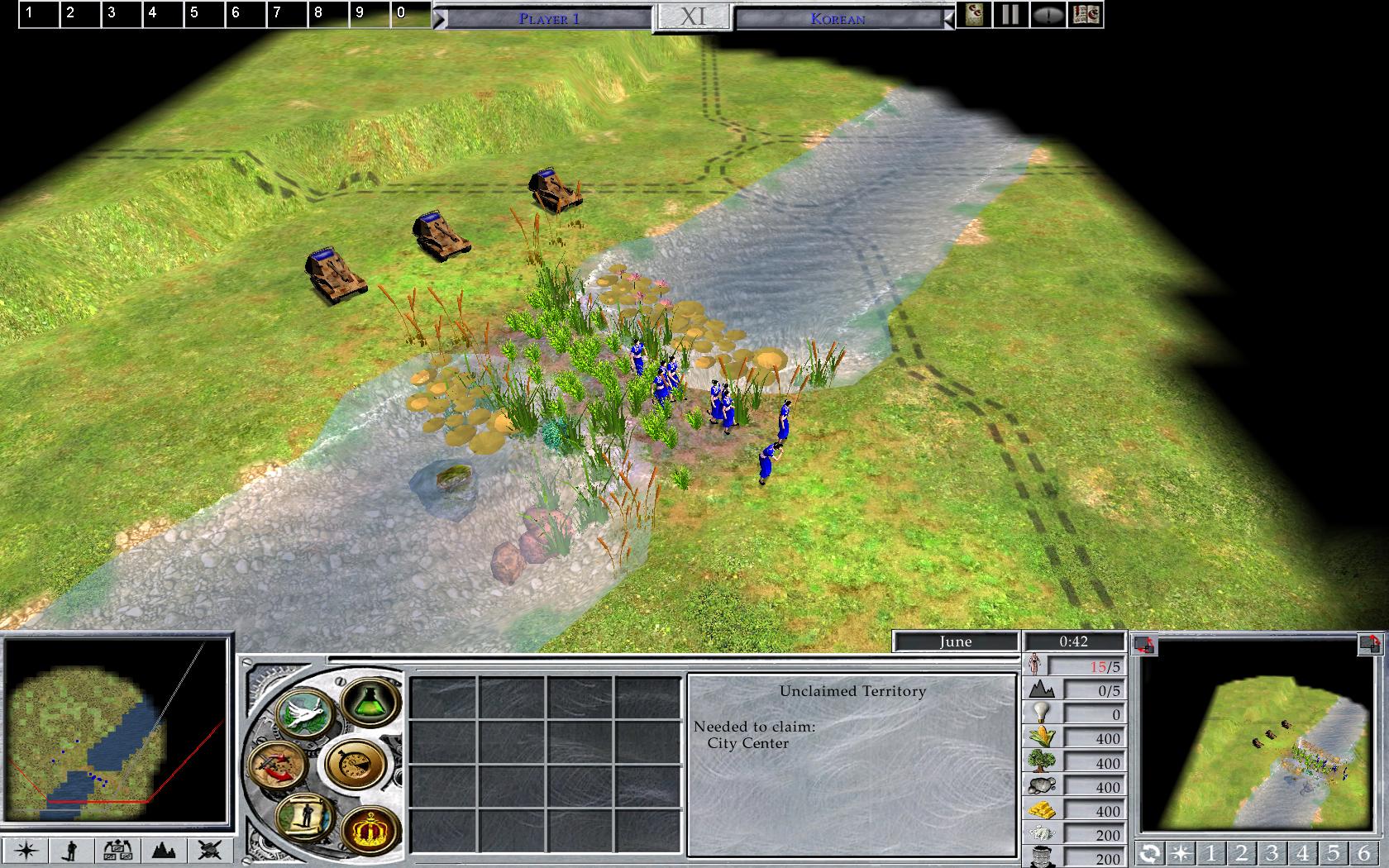 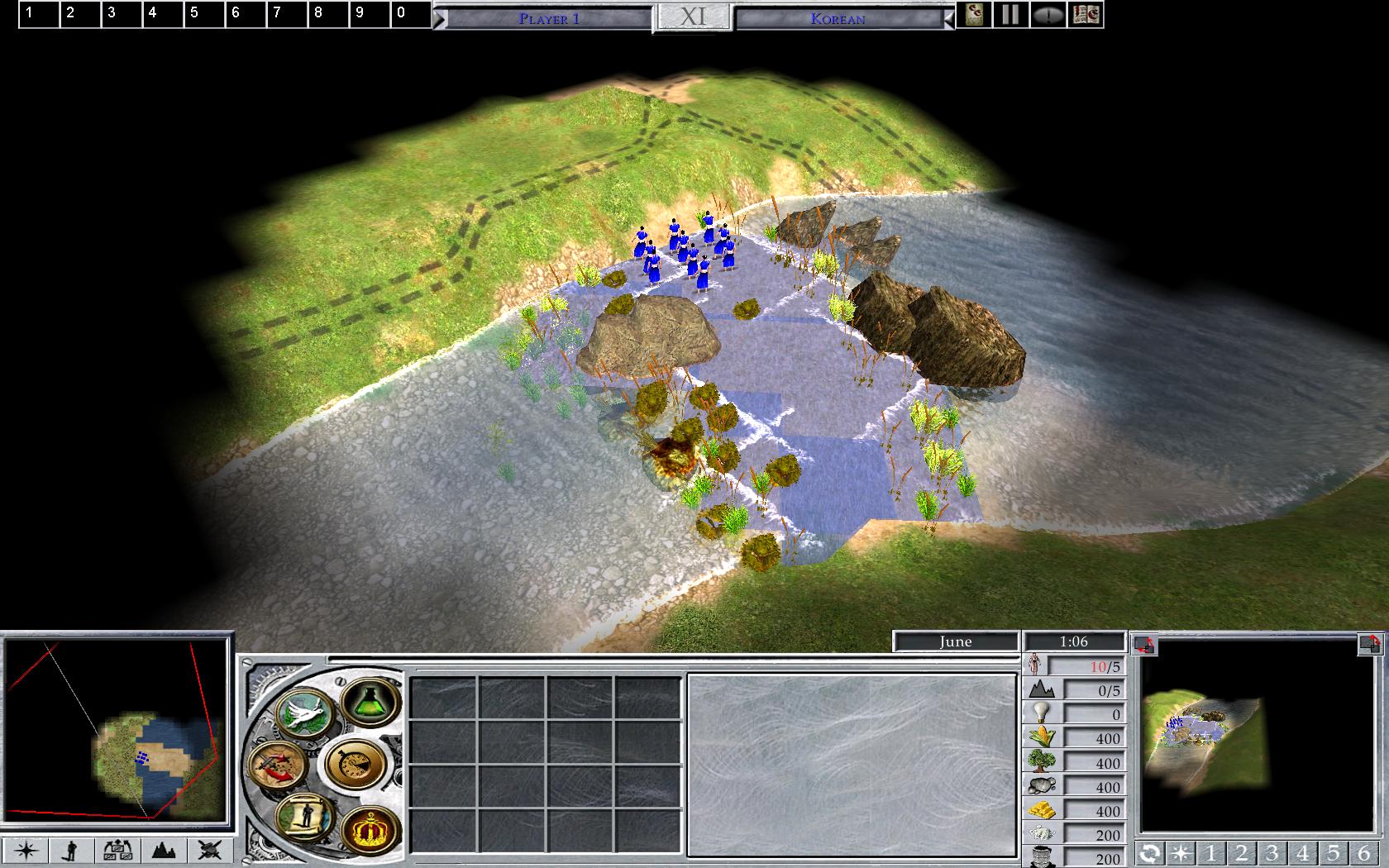 Thanks a lot for your reply!

Nice try with the top screenshot you posted, but indeed to me it doesn't manage to sell the concept of "shallow water".

The last (bottom) screenshot you posted, however, is MUCH closer to what I hope to be able to do!! I suppose you changed your "river" sheet texture to be transparent, correct? If so, I would be most grateful if your Ambient Pack could be updated to have the river sheet be transparent as on that screenshot! Because yes, when it's transparent it can be used to make actual shallows look credible.

P.S.: nifskope can import models from Blender yes? including with animations I suppose?

by Loewenherz
Nifskope can import models from Blender, but not with animations. And my Experience is, that the changed river texture is not so good. You cant see units under the transparent texture. Dont aks, but so it looks not good.

PS: The files have a generally transparency problem. You can't see units behind a transparent texture.

by Sat42
That is indeed problematic, Loew! So transparency for a "fake" water sheet is not really an option... Oh well, I guess that means the dream of shallows in EEII will remain a dream!
However, if you don't mind, I would still like to see this transparent river texture in your ambient pack - it won't work for shallows, BUT it can still be used for eye candy, for example, a small pond between some rocks, at varying altitude, stuff like that! Limited effect, but still a good addition for making more elaborate details in maps.

Thanks again for your time!

Besides that -
I have found this regarding Nifskope and animations: http://tesalliance.org/forums/index.php ... -nifskope/
So new animations are possible!
I intend to slowly investigate this myself...