Minor update 154006 has been released!
Most important changes:
- Rebalance of Snipers: much less attack points (some people on Multiplayer complained that they're overpowered).
- Restored the default build time of warehouses (accidentaly changed in ver. 1.5.0).
- Added Maximization Helper tooltips and offline list of problematic programs for Solution 1 (for people who can't be connected to the Internet when EE2 starts).
- Launcher stability fixes, corrections, better wide characters support.
- Fixed a bug where Chat placed in the Maximization Helper was wrongly resized and didn't hide buttons after clicking on the "New chat message" toast notification.
- Improved problems detection system:
* The launcher will now detect if you're unable to start EE2 / your game crashed, and show possible solutions the next time you start the Launcher (for example a missing .dll error).
* The problems database will be dynamically updated when needed, so no minor updates will be required to solve unknown for now problems.

If you have got UP1.5.4, you can update by clicking: (Click)
Best regards,
Dr.MonaLisa
Ministry of Game Affairs
Department of Control and Complains
Top 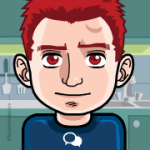 Are the 500 x 500 random gen maps gone in skirmish? I don't see that option anymore. I did rename the dbwidget_fe.CSV file to dbwidget_f5.CSV so I could edit game pace. That didn't remove the map option or did it?
Top

kpc1914 wrote:Are the 500 x 500 random gen maps gone in skirmish? I don't see that option anymore. I did rename the dbwidget_fe.CSV file to dbwidget_f5.CSV so I could edit game pace. That didn't remove the map option or did it?

It actually did, because *f5.csv stores "custom map size" options. So I would recommend to edit game pace values on the "orginal 1.5" (dbwidget_f5.CSV included in the UP1.5) file. That dbwidget_f5.CSV is the same as orginal file from EE2 ver 1.2 + custom map size options. I wanted to "unlock" those game pace options in UP1.5, however I resigned because people on Multiplayer could abuse it :/
Best regards,
Dr.MonaLisa
Ministry of Game Affairs
Department of Control and Complains
Top

Information about option: "Help to improve the patch by sending anonymous usage statistics"
- Since Unofficial Version 1.5.0 the Launcher is sending usage statistics. Information about it is included in the UP1.5 installer, and also available in this topic: http://forum.ee2.eu/t1716-vote-gov-act- ... ch-1-5-act
- Some months ago I posted more detailed information how the statistics system works: http://forum.ee2.eu/t1750-some-informat ... statistics
- Statistics system could be always disabled by the Configuration Utility (now UP1.5 Settings).

In UP1.5.4 some things have been changed, and I'll explain how it works now:
1. It's impossible to disable the statistics system totally. The launcher will be still connecting to the server to check for the "warnings", updates information, etc.
2. Unchecking option: "Help to improve the patch by sending anonymous usage statistics" still works, but in a different way. The launcher is sending an additional information that statistics are disabled, so no information are stored on the server. In this case I can't calculate the real number of all started games in a selected month. That's why I recommend to keep statistics enabled.
3. When statistics are enabled, they're always anonymous. Only the most important things are stored: when a game started, how long an user played it, did the game crash, etc. Additionaly: Windows version, current screen resolution, and the screen resolution used by EE2, number of RAM, graphics cards and processor names.
4. The launcher is sending some more information which are not stored on the server, for example a name of computer manufacturer. Why? Here's an easy example:

My scripts are detecting for problems, depending on received information (those scripts don't store information at all, statistics are sent at a totally different time, when a game sucessfully start). Thanks to this, every time I detect a new problem with game, I'm able to add an information about it, with possible solutions.

Summary: EE2 is a game where players have a lot of problems. Windows 8+ horribly experienced this game, made it impossible to run without the unofficial patch and fixes included in the launcher. Most of players install unofficial patch because they are not able to run EE2 without it. That's why in my opinion the integrated statistics system is very important for the whole community. The UP1.5 launcher process is working only when you start and play EE2. There are no "background" tasks installed on windows. Simply: when you intent to play EE2 - the launcher will start. Never at a different time, never auto-started.
Visiting a simple website with google analytics scripts stores more information on Google servers, that the UP1.5 Launcher would be ever able to do. So don't worry about it, and please don't disable statistics as it really helps to improve the patch and solve other players problems.

Multiplayer statistics:
Multiplayer statistics (sent when a game is starting for example by GameRanger) are not anonymous. In this case I receive and store "player name" and also host's address. Since UP1.5.0 statistics on Multiplayer can not be disabled, for the following reason:
It was a priority to protect players from cheaters, and players who use illegal, unfixable game glitches. In every new version of UP1.5 I improve integrated cheats detection. It doesn't mean you can not use cheats in Multiplayer when you're playing with your friends. I just receive information about it, but won't take any action, until some other player complain about it. It was all created to prevent abuses and make EE2 Multiplayer community a friendly one, where all new players who just started playing have the same chances, and know that all the other players are playing fair. I know that this "control" system works, and I know that it's good, that's why everyone who disagrees with it should just not use the unofficial version of the game. Additionaly I can add, that the "statistics" system on Multiplayer includes sending a game room chat, which is later "converted" to get names of players who joined/left the game. Thanks to this I can calculate Multiplayer activity, and see how many players are still playing it.

I hope my post is satisfying people who searched for answer about it. If anyone has any other question - please feel free to ask here (on the forum) or on the built-in support chat in the UP1.5 launcher.
Best regards,
Dr.MonaLisa
Ministry of Game Affairs
Department of Control and Complains
Top

I'm happy that it works now

End of support:
Affects mostly Unofficial Version 1.5.0 and newer, due to integration with the server.
End of support means that some of server-related features, for example:
- checking for updates
- non-1.5 units mode on multiplayer
- downloading configuration from the server
- minor updates
- built-in support chat
might stop working, because of changes in the server files / expiration of the defined server/domain location in executables.
End of support of old versions improves performance/experience of supported versions.
At any time, for security reasons Multiplayer might be disabled on unsupported versions (doesn't affect local games and developer version [for the other EE2 mods]).
The latest released version is always supported (if expiration date was not defined).
Best regards,
Dr.MonaLisa
Ministry of Game Affairs
Department of Control and Complains
Top

Hey . Can you add to the patch productions crocodile in ages 1-5
Top

KKondzio wrote:Hey . Can you add to the patch productions crocodile in ages 1-5

Hi. I think "ZOO" is available since epoch 7.
You can change it yourself in file: "zips\db_154.zip\db\TechTree\dbtechtreenod5.csv" (open with Notepad++, not excel).

the first "7" is unlock epoch.
Crocodile is unlocked in epoch 3:

For EE2: AOS it will be in "zips_ee2x\EE2X_db_154.zip" instead.
Best regards,
Dr.MonaLisa
Ministry of Game Affairs
Department of Control and Complains
Top

I do not understand , because with few minutes , lower the FPS and is almost unplayable.

this only happens with the patch .
Sorry my English google
Top
Post Reply
336 posts