+ Pirates and BGM-109B TomahawkASM.
- Pirates attacks on the ocean.
- 3 kinds of ships for every player. (1st ship on start, 2nd ship after ship 1 die, and 3rd after ship 2 die).
- More pirates every 8 minutes.
- Satellite ocean view every 10 minutes.
- More pirates every time you kill 23 of them.
- Game requires cooperation of all players in game.
- Main ships cannot be deleted.
- Automatically ship repair if she has less than 50% of the health and if you send her at the place behind the buoys (Tomahawk Anti-Ship Missile base).
- You can check how many ships did you destroy on the mission status string (left-center of the screen).
- You can check the current population of the Pirates. (1 ship = 1 population point).
- You can see the remaining time until the Pirates will be sending the new ships.

This is a multi-player saved game file. You should paste it to: Documents\Empire Earth II\savegame_MP
If you want to play with friends, host and start the game on GameRanger. Under "Game title" select game type from the list: "load saved game". Then select: v.1.0-RTM-Pirates2013.by.DrMonaLisa.sav from the list. 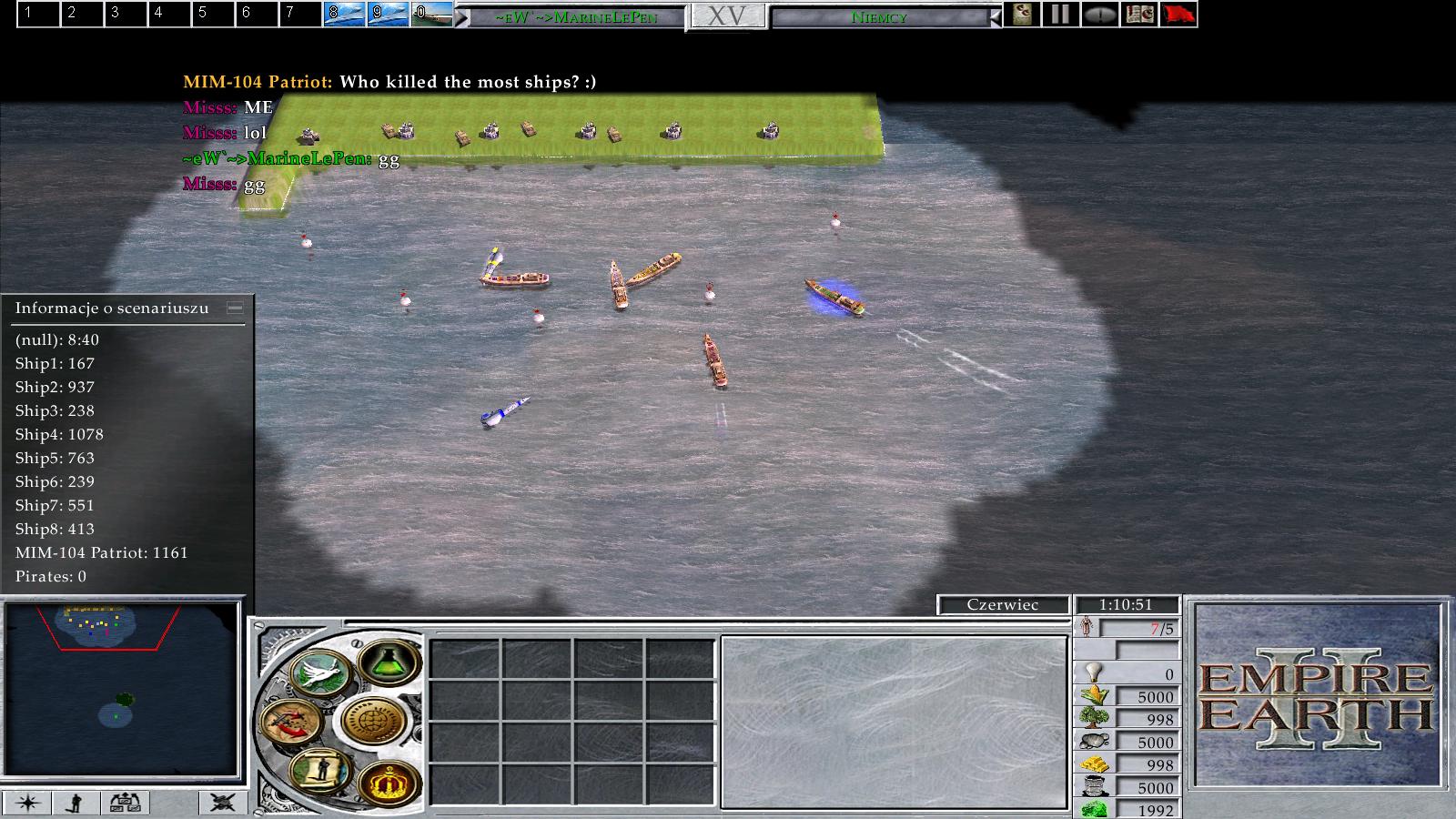 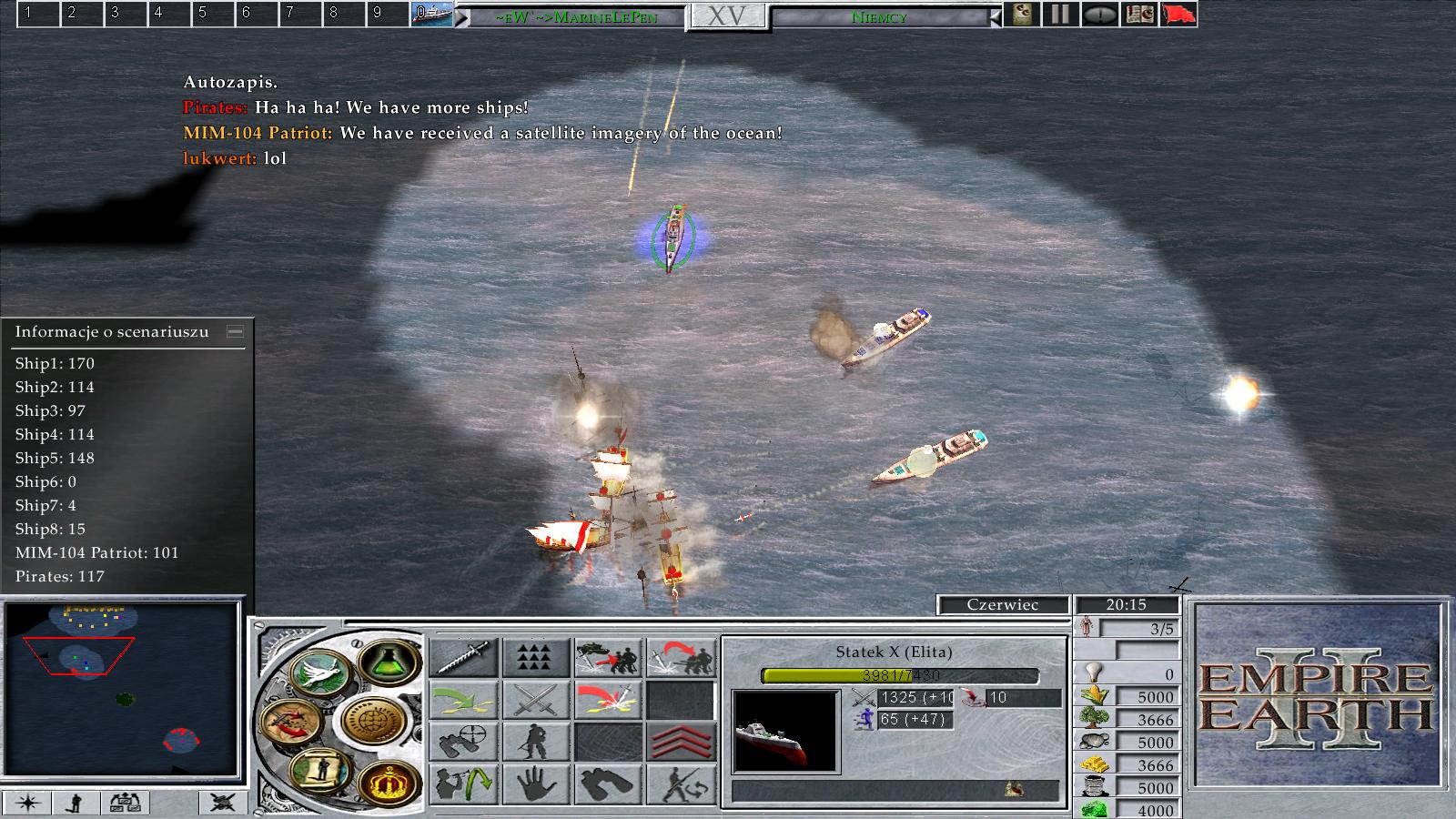 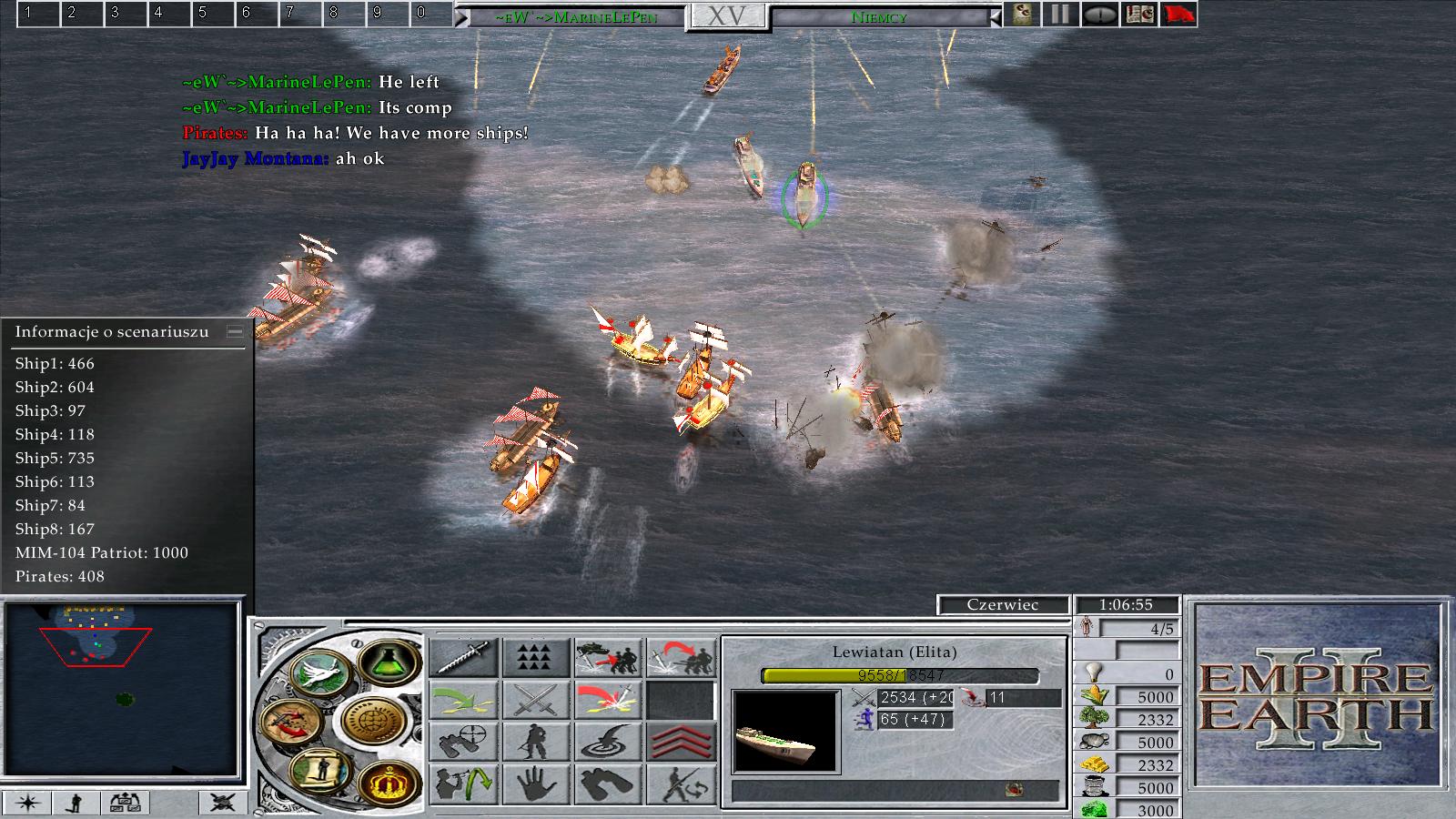 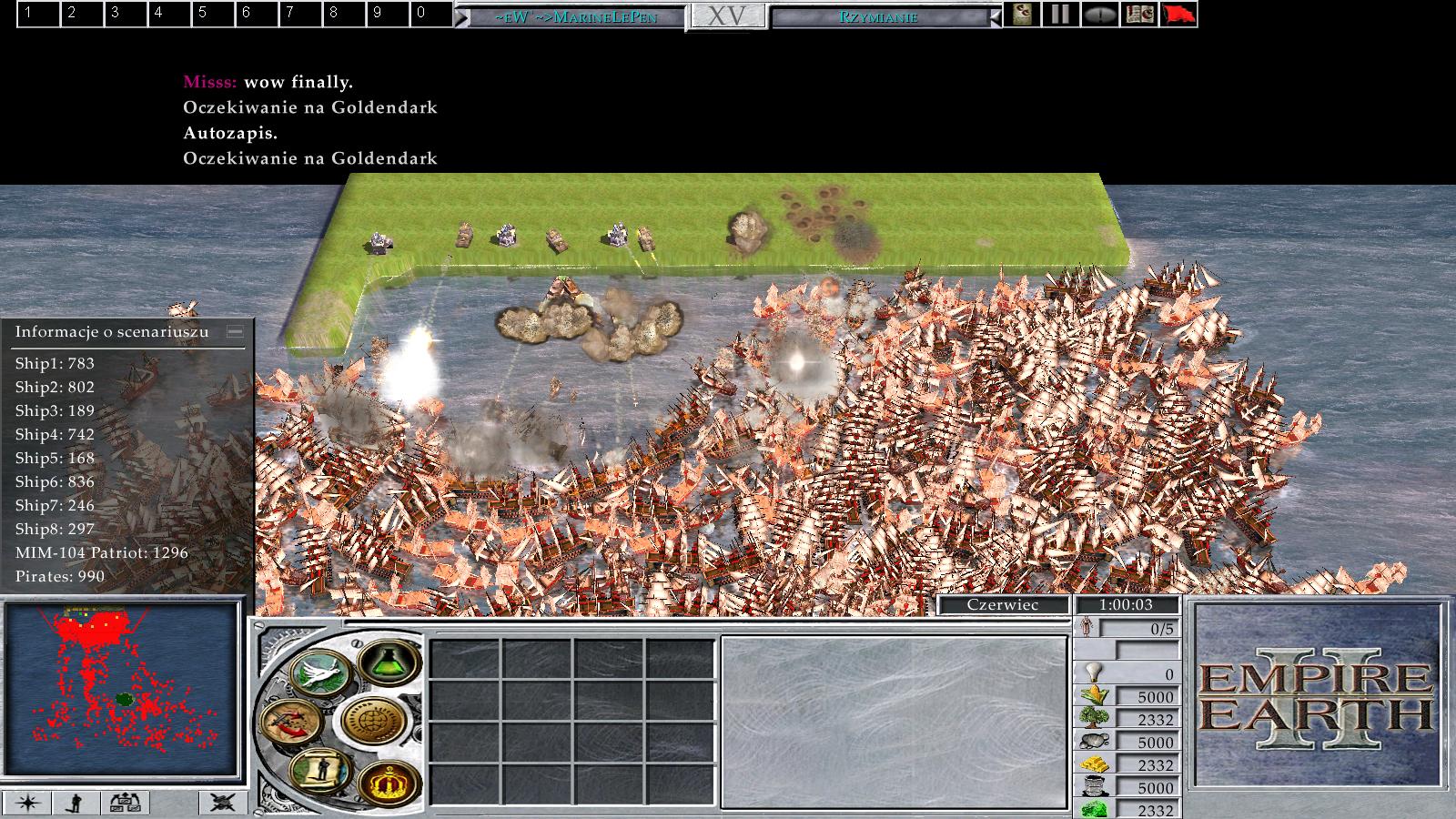 Don't be so negative to scenarios if you didn't test them...
Actually the Pirates scenario is pretty cool and needs a lot of skill from players.
Best regards,
Dr.MonaLisa
Ministry of Game Affairs
Department of Control and Complains
Top

Yeah that's really cool that you finshed it and all. Really enjoyed testing it.

Version RTM (v1.0) has been released today, and is available to download ; - )
It's
Best regards,
Dr.MonaLisa
Ministry of Game Affairs
Department of Control and Complains
Top
Post Reply
6 posts • Page 1 of 1