Recruitment. If you want to join ~eW` or ~eWA` this is the place, where you can make an application.
Rules / About ~eW` & ~eWA` / Warnings System / Amending Acts / Forum construction / ~eWA`~>Education System / How to make application?
Post Reply
18 posts

Good luck, dude. I don't know how you play but maybe you can show it.
Top 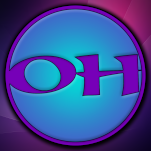 Btw i just played with you!

Hellooooo!
I made poll for you: http://www.forum.ee2.eu/t1328-hornet-s-poll
You have to wait maximum 7 days for decision.

Post some screenshots of you playing and maybe i'll consider voting.
Ministry of Game Affairs
Department of EE2 History and Oldschool Players
Top

screen shots of timeline and what else??
got a video of me playing domi few months ago on youtube the link is this :https://www.youtube.com/watch?v=96_EvP7 ... -DRL77Un2P
Top