Recruitment. If you want to join ~eW` or ~eWA` this is the place, where you can make an application.
Rules / About ~eW` & ~eWA` / Warnings System / Amending Acts / Forum construction / ~eWA`~>Education System / How to make application?
Post Reply
22 posts

idk , I think nobody!
Top

No, wrong. Next try.
Top 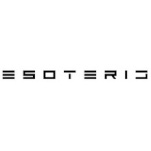 Yeah... um I only nuked them because their AI's... do you really think artificial intelligence cares?
Top

Is my poll ready?
Top

Unfortunately yes, because it's 7 days already.

I'm sorry but this time you can't join

I think players just doesn't know you. Just keep playing, talk to eW/A's and maybe in future you will join

You were close getting into eWA. Try again next time.

Haha Deus haven't you been rejected 3 times? But yeah.
Top

Um, what? It's been two times, but it has nothing to do with me..?
Ministry of Game Affairs
Department of EE2 History and Oldschool Players
Top

I'm sorry but this time you can't join

I think players just doesn't know you. Just keep playing, talk to eW/A's and maybe in future you will join

i dont think its because of that..
walkabout said one true thing when he spammed the forum. ew isnt a good clan anymore (ok ew is still good)just a collection of random players.i think you stopped now to let really everyone in ew but because of ur last sentence: be active on forum and be nice to the ew's and stuff they almost have to vote everyone in in their second poll otherwise it would be unfair.
maybe that's why nobody wants new clanmembers because ew is stodged
and if i look at the members list more than 60% arent really active neither on forum what they should do if they want to be a part of a clan
that's only my opinion i'm not a clanleader idk what problems you have

people like Voldy(idk why just remember him) should be kicked.he is inactive now for 2 years? and wasnt he ever on forum? to make a new place for an active player like for example Delusional..etc and if he joined and s inactive for more than a month he should've been kicked too^^
really long post have fun with it xD
Top
Post Reply
22 posts