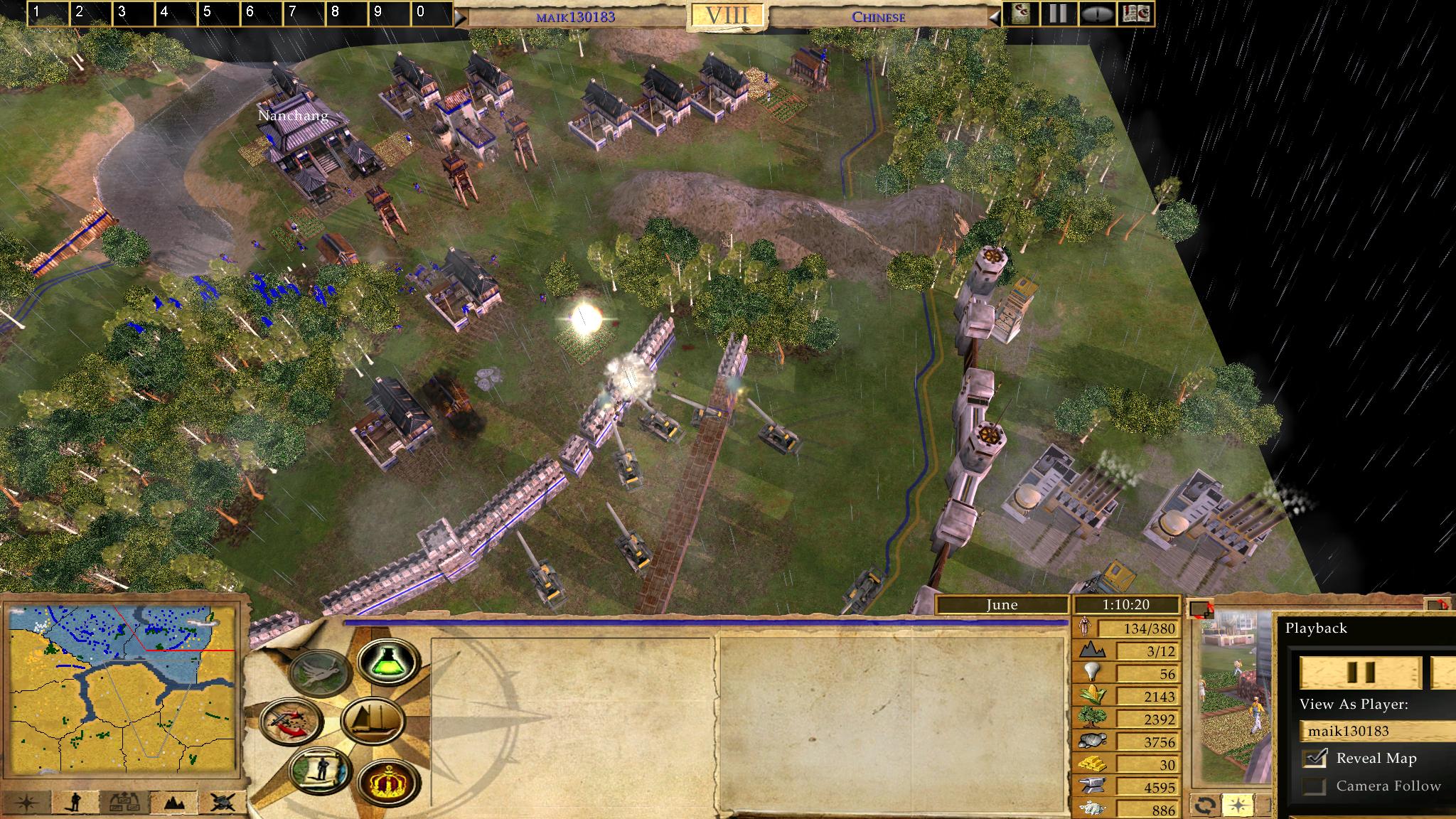 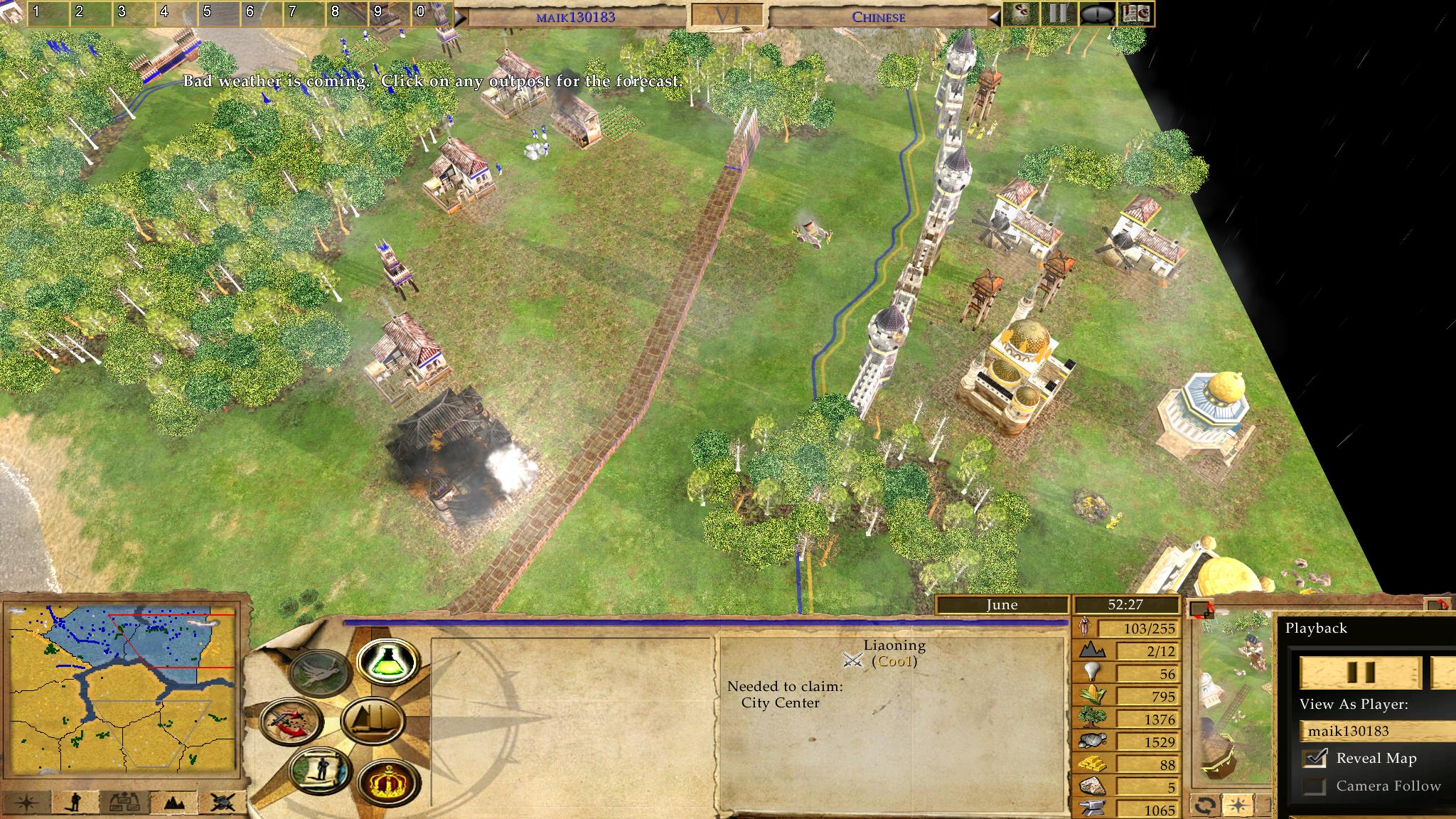 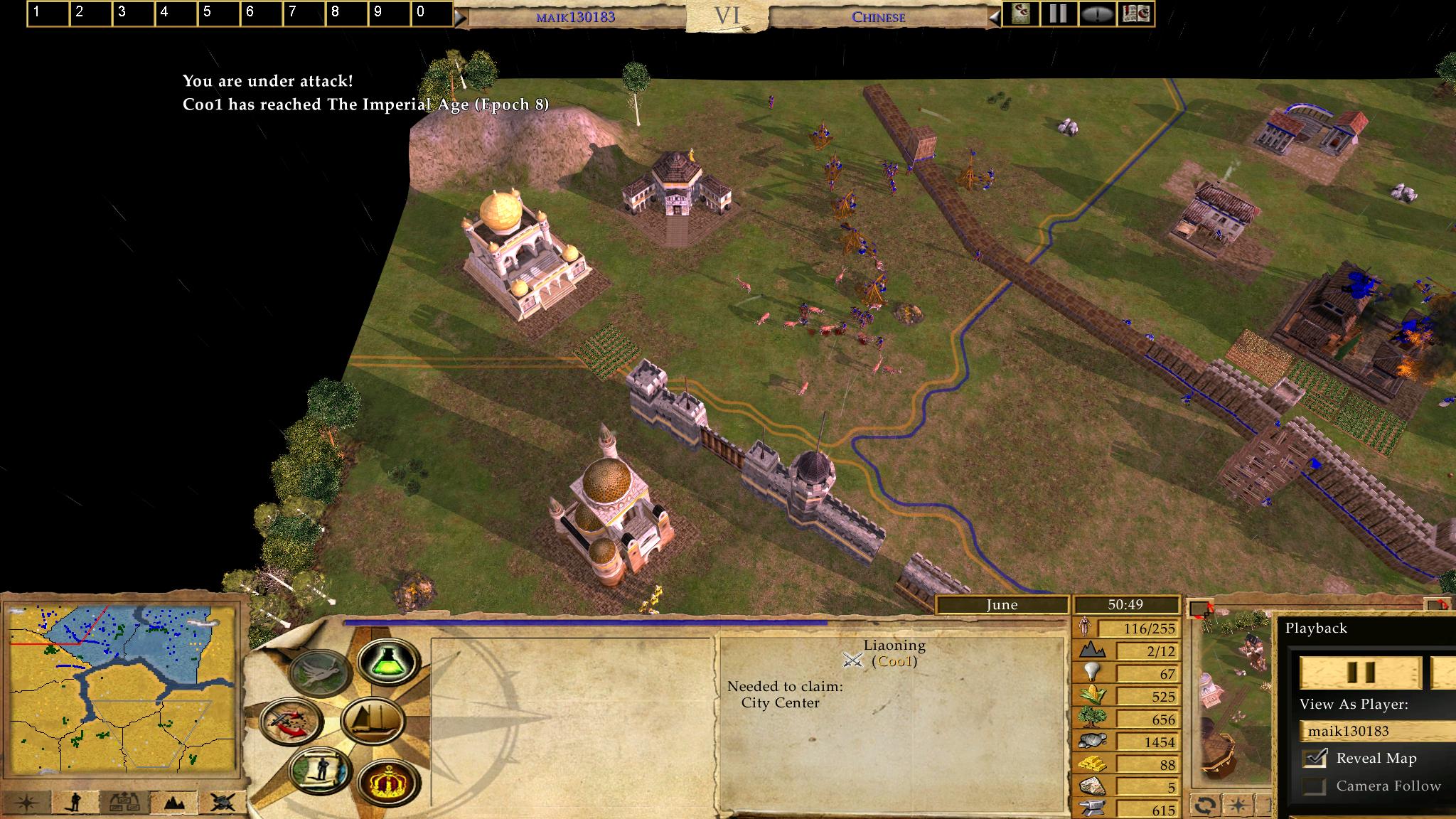 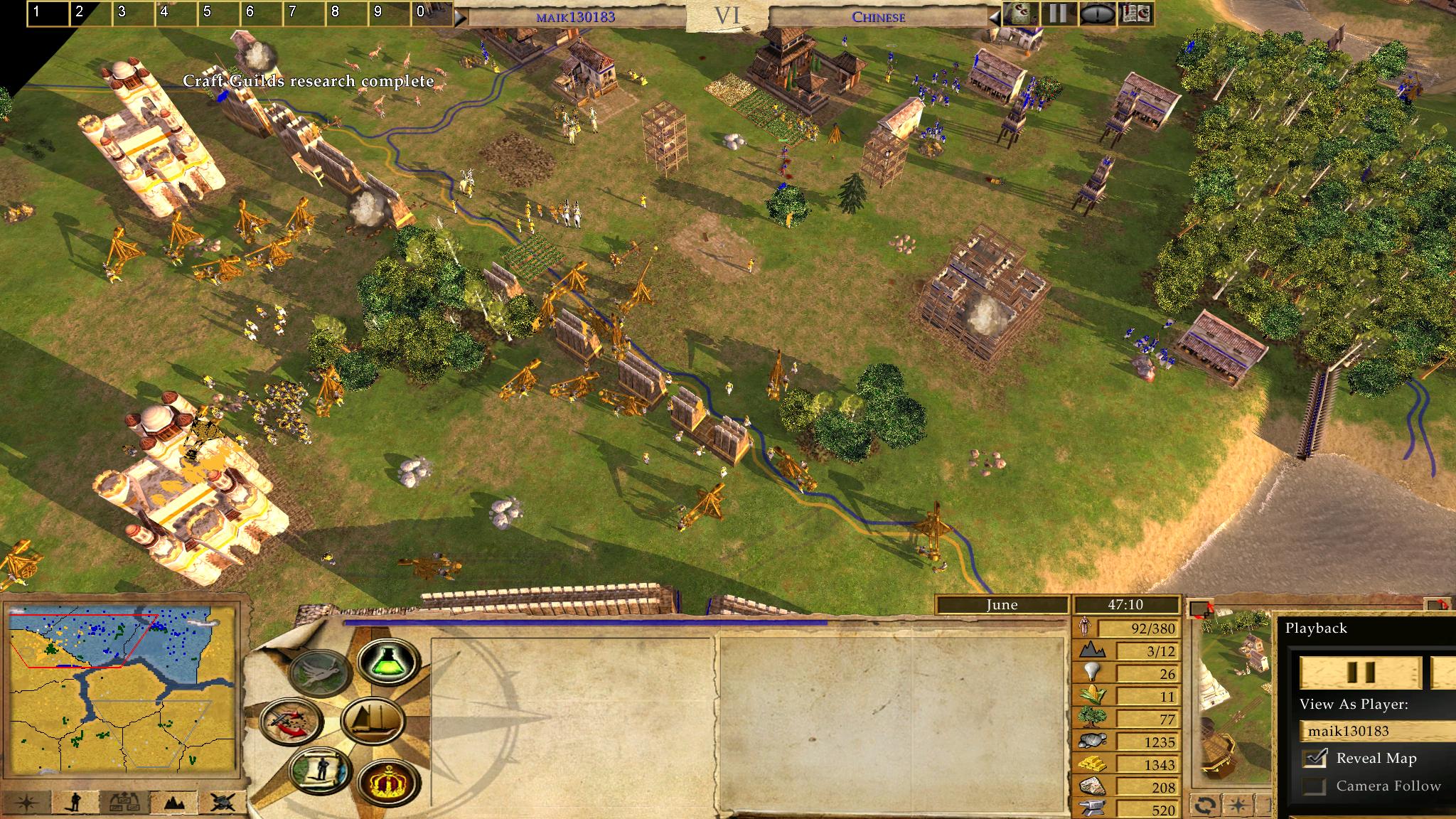 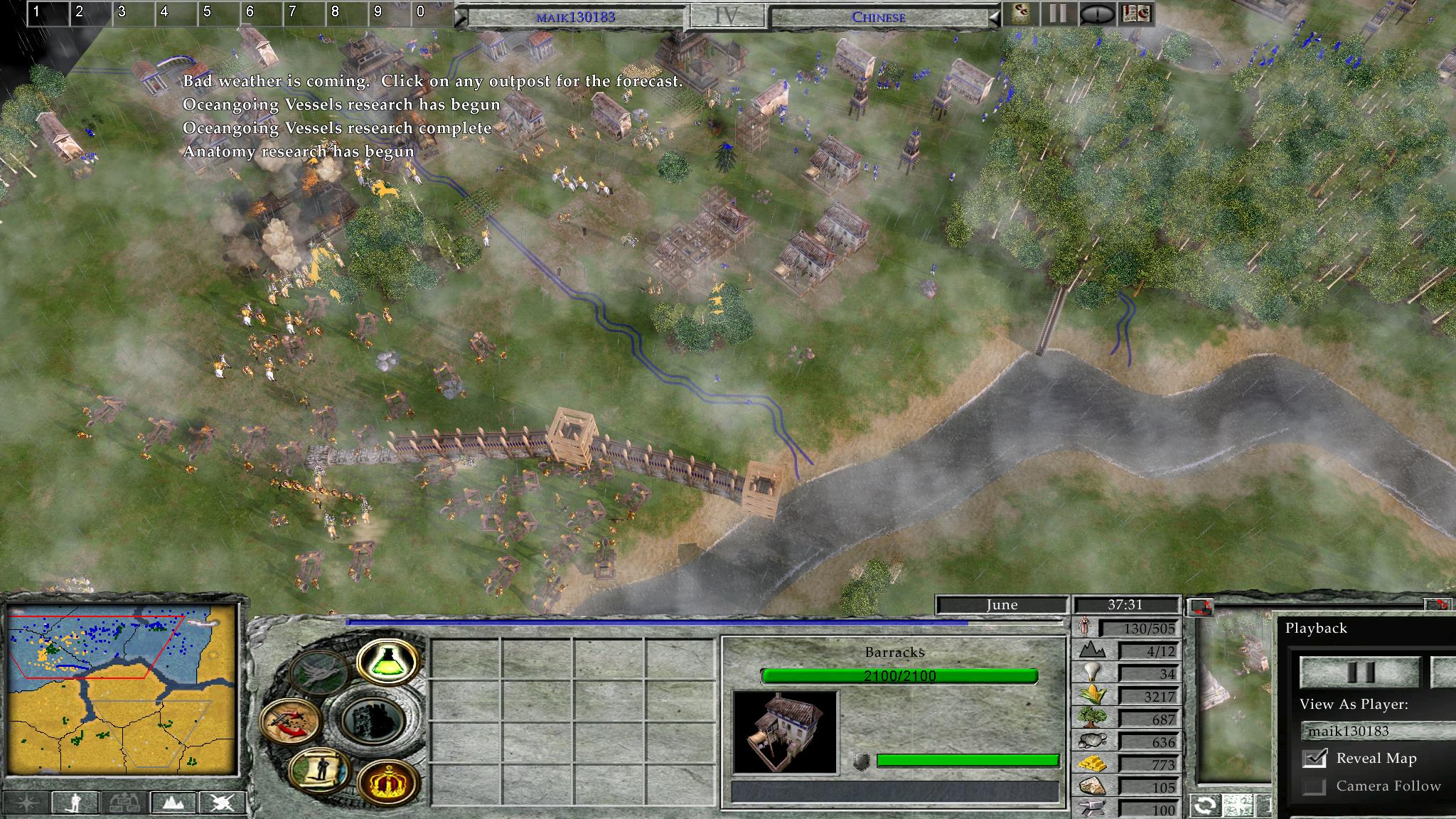 Hello everyone once more. Today I had a very difficult game with a player “Wassertonne.” I am pretty sure it is a much more experienced player playing under a convenient nickname with only 100ish games under the belt. I played this player a few days ago and lost all games! I was ashamed...
This time I was really mobilized and more, I downed two glasses of Coca-Cola to have my system pumped with caffeine. The game started very predictably, albeit with this player. Wassertonne likes to build castles next to the city center, or maybe two…
Knowing this I capitalized on expanding and building universities and temples like there is no tomorrow. From previous games with Wassertonne I learned that the favorite strategy of my opponent is to accumulate a significant army and then finish off the game with a serious blow. “Lucky” for me I also lost some of my archers to the conversion while attacking the opponent’s city center. Anyway, I thought I am done… but continued to play just to be a good sport.
Whatever happened I did not die that moment and continued to “evolve.”
Well, the game was very intense with all aspects of game-play, including spies, towers, coordinated attacks from different direction, just to name a few strategies.
Many times I thought I was done, and reviewing the game my unit count was 200-something while the other’s unit count was 400 (the limit in this game per side).
I post some interesting screen shots, remember it was small map and I got to Age 11 (going on to Age 12) and my opponent got to Age 6 I hope players would enjoy watching this game.
I am sure there would be no mercy for me the next time for me from this player, but I am still looking forward and would be honored to play again! 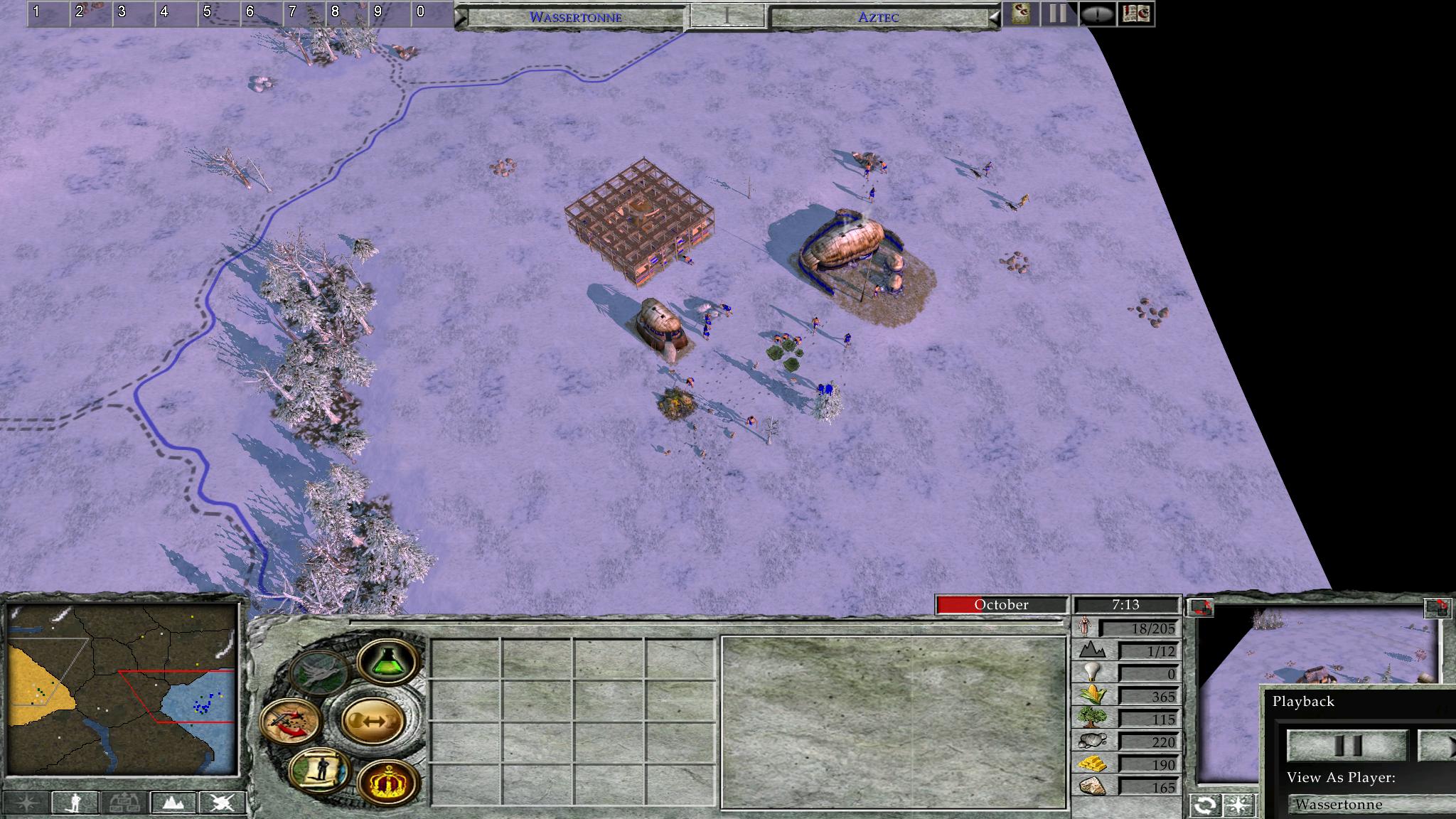 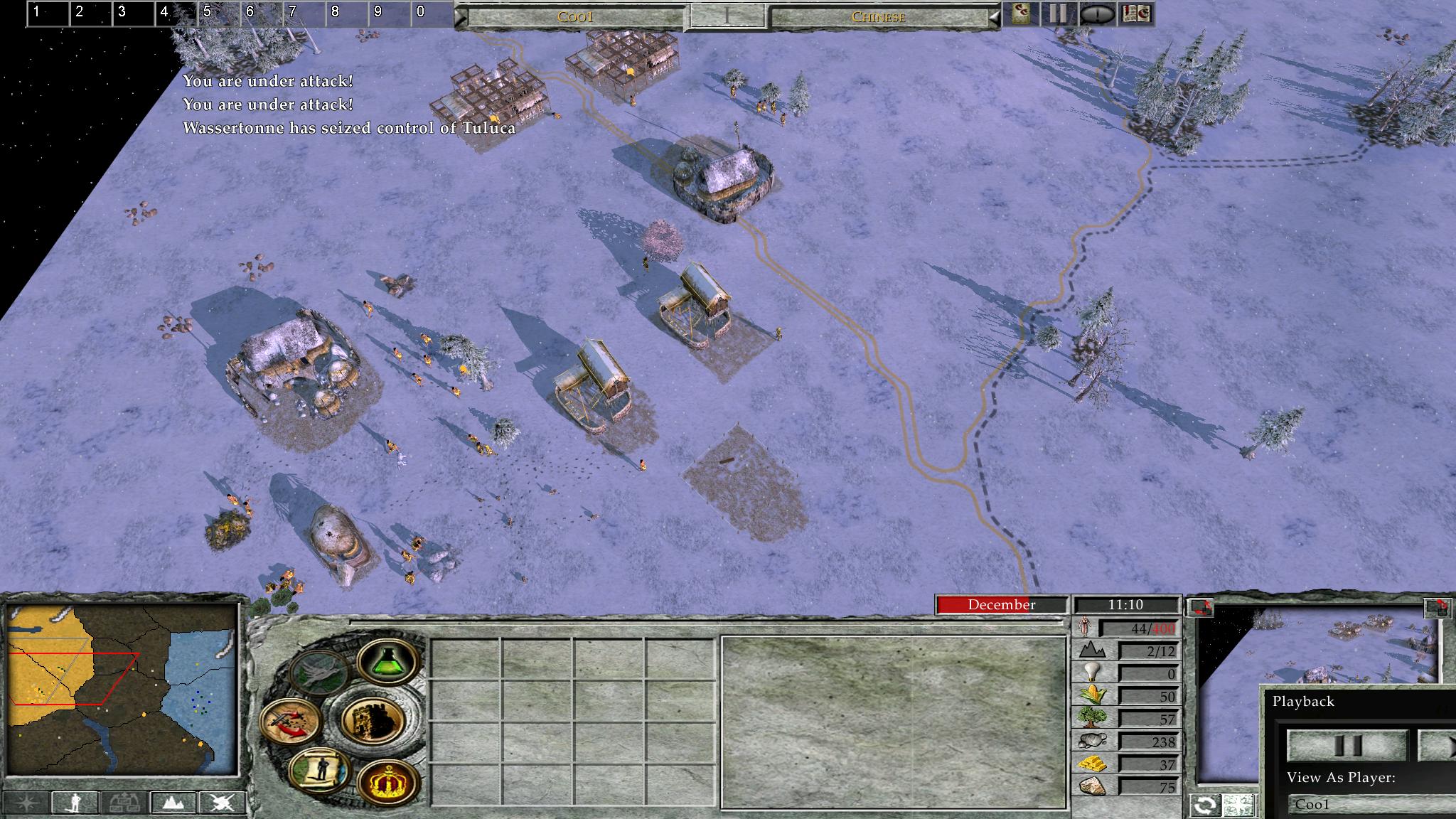 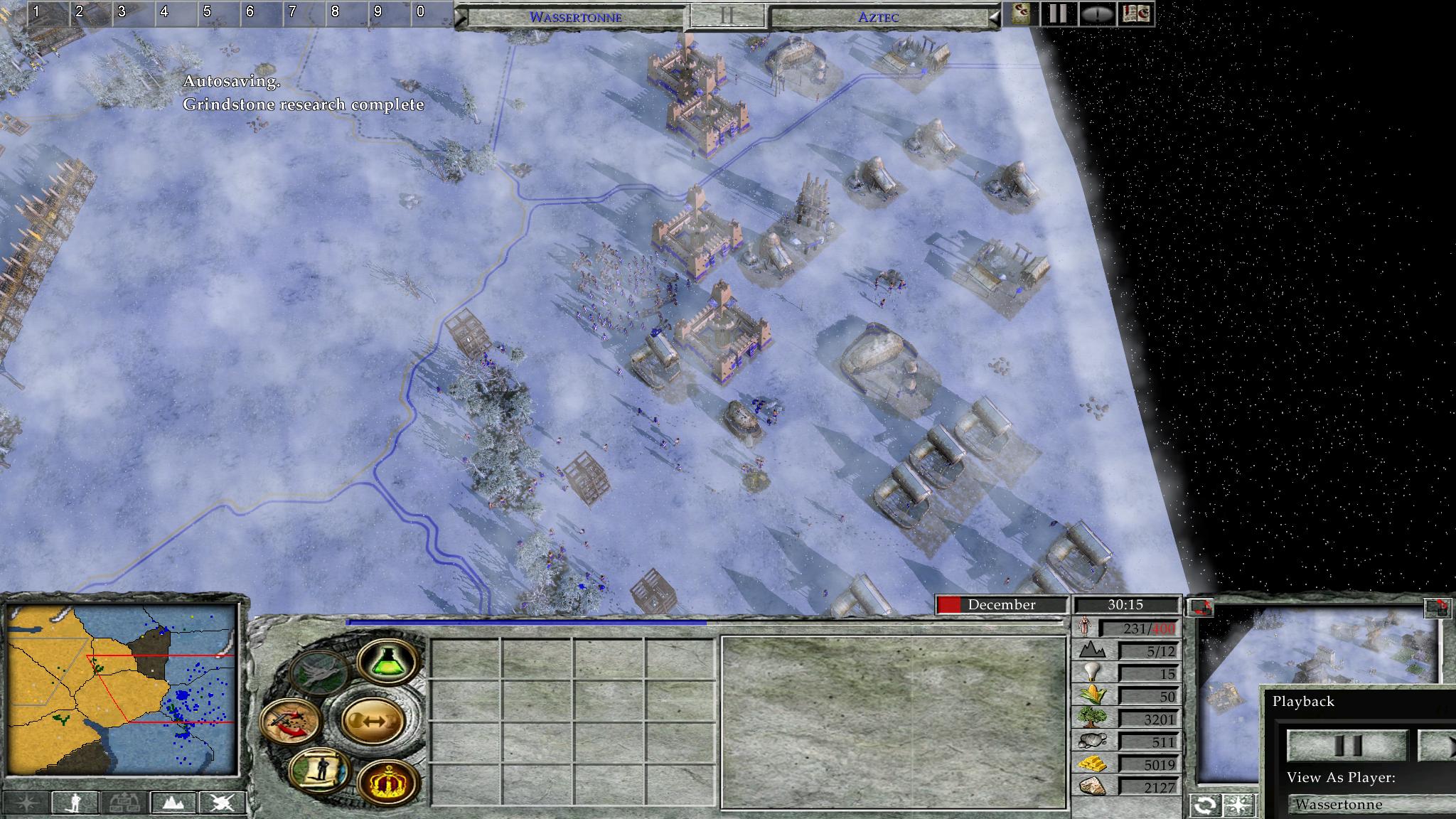 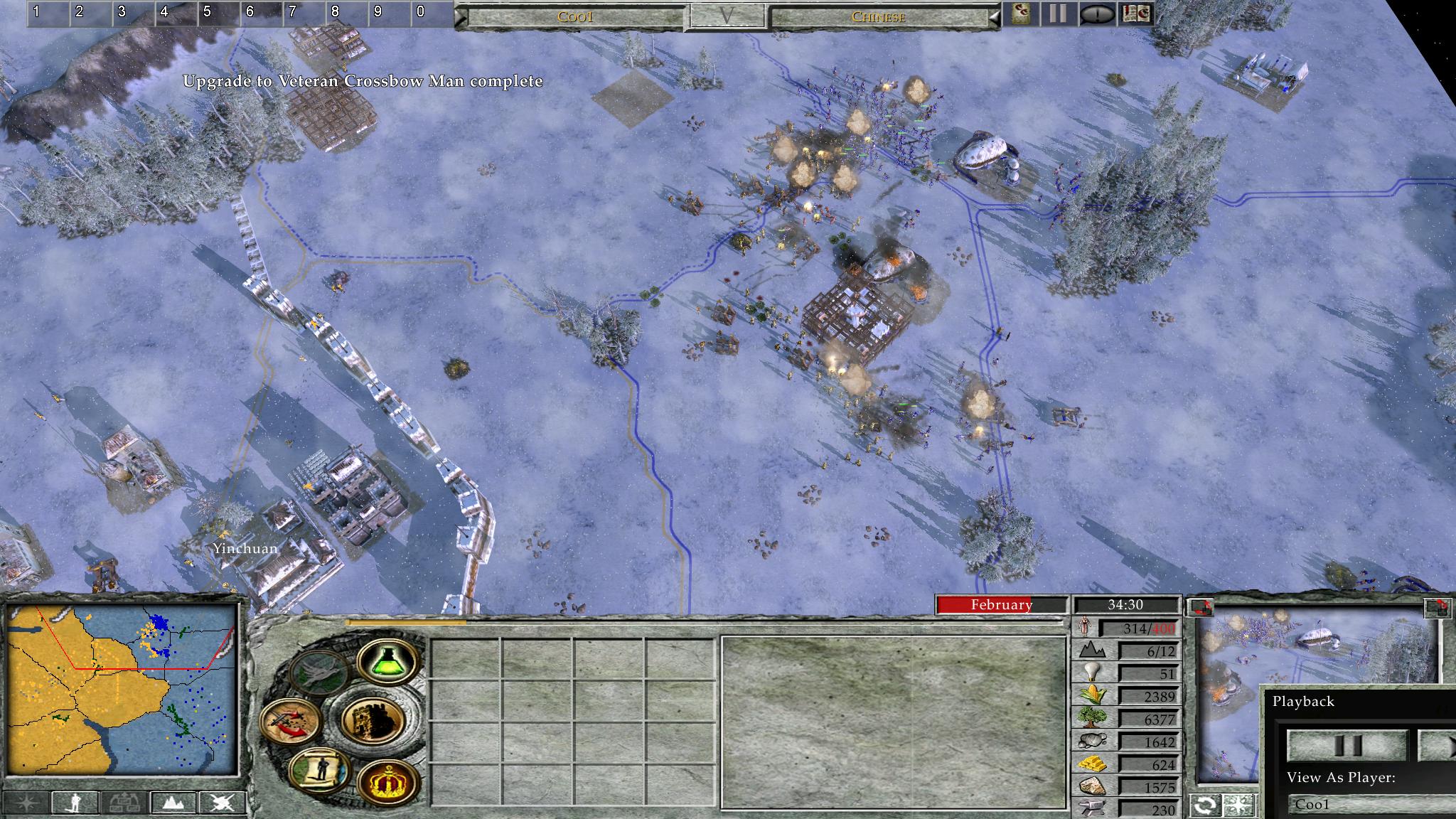 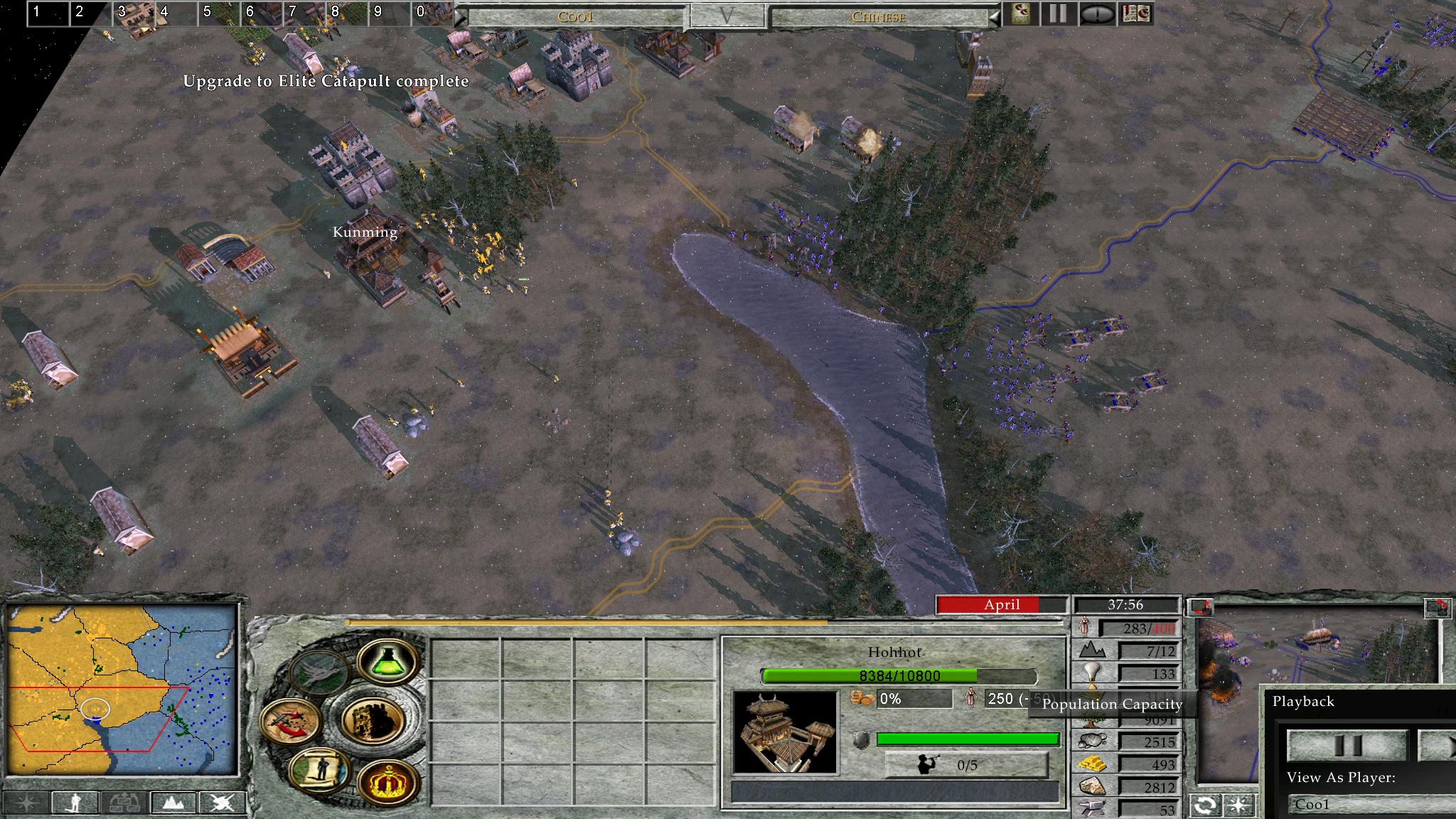 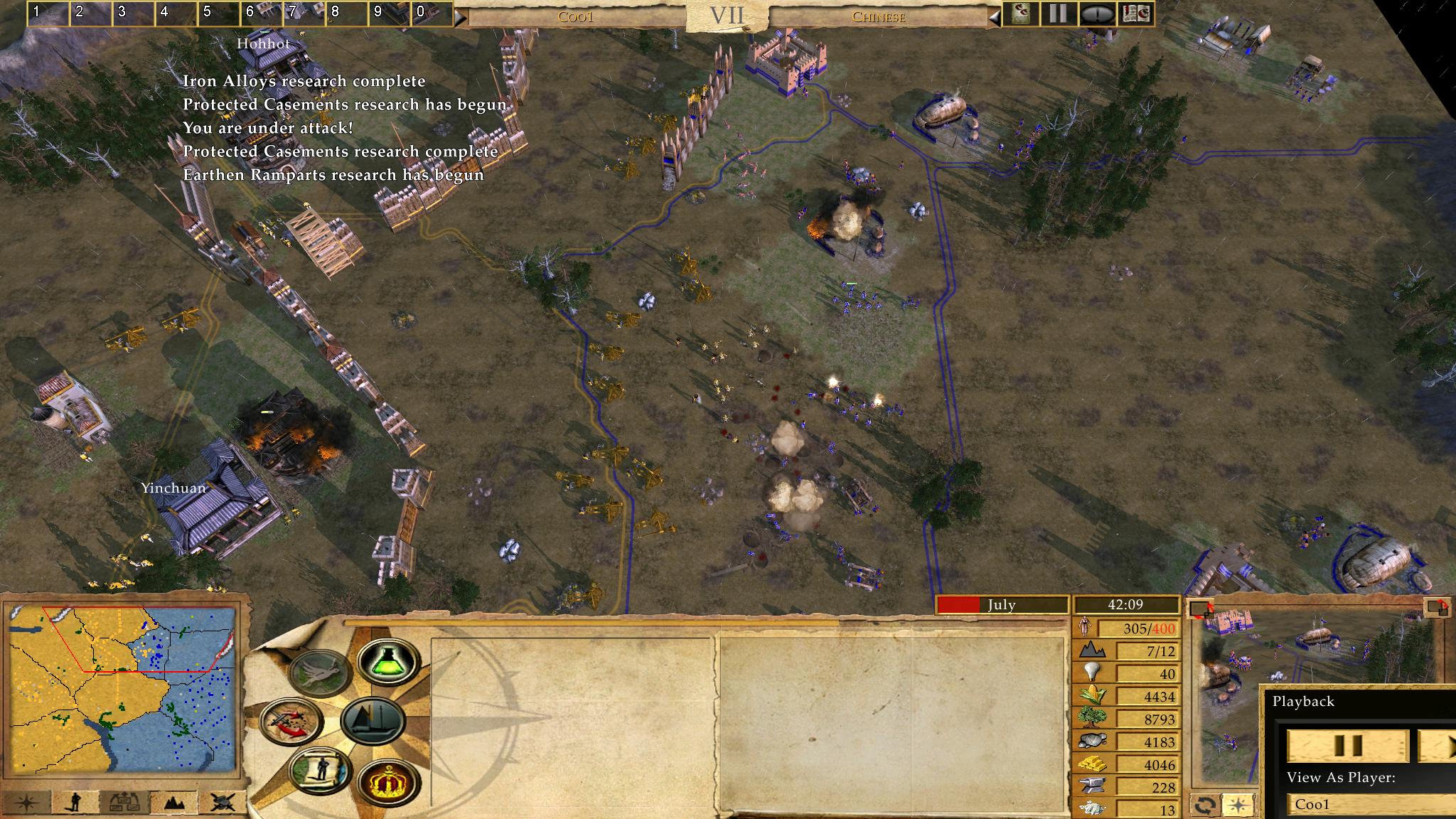 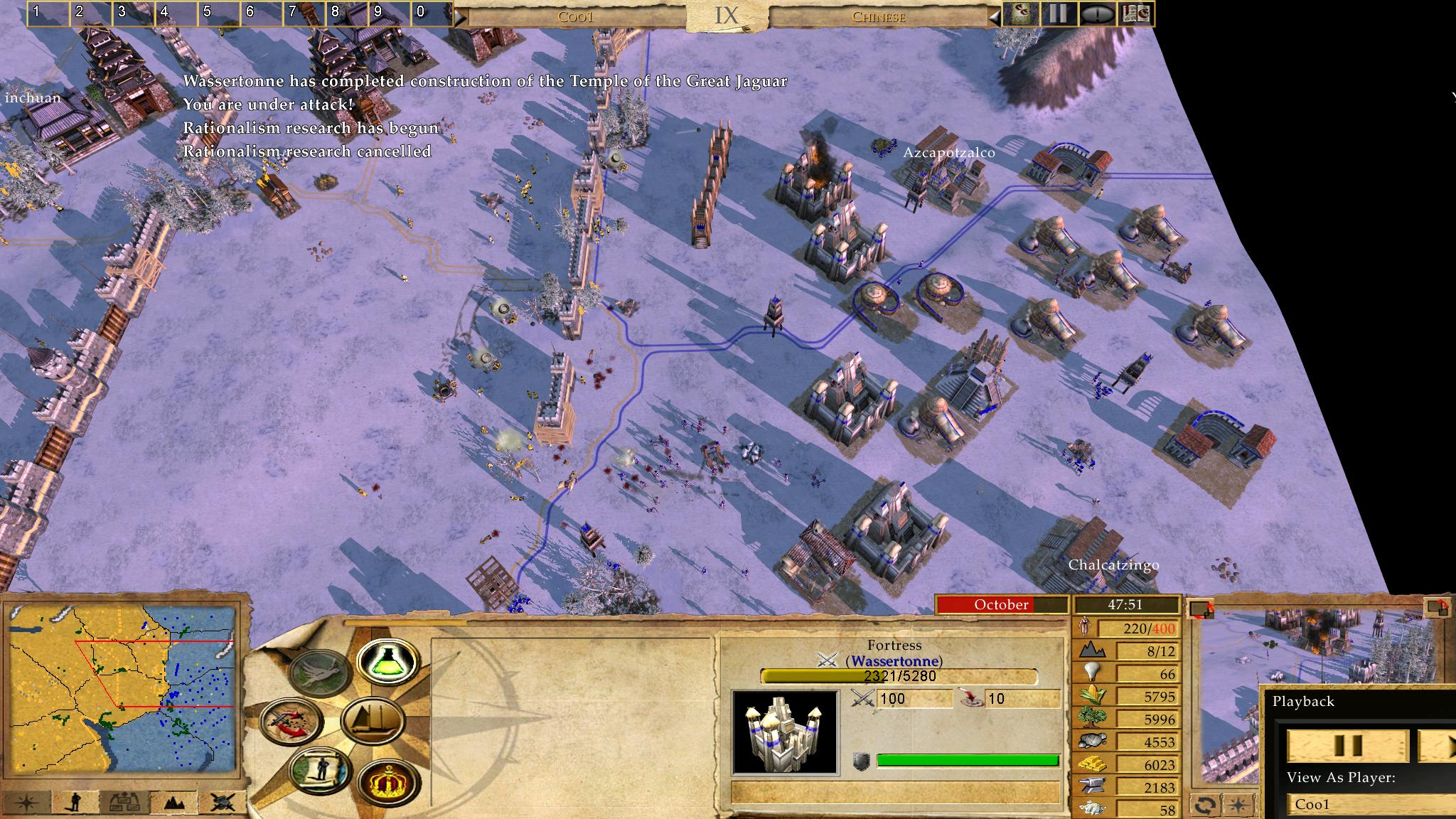 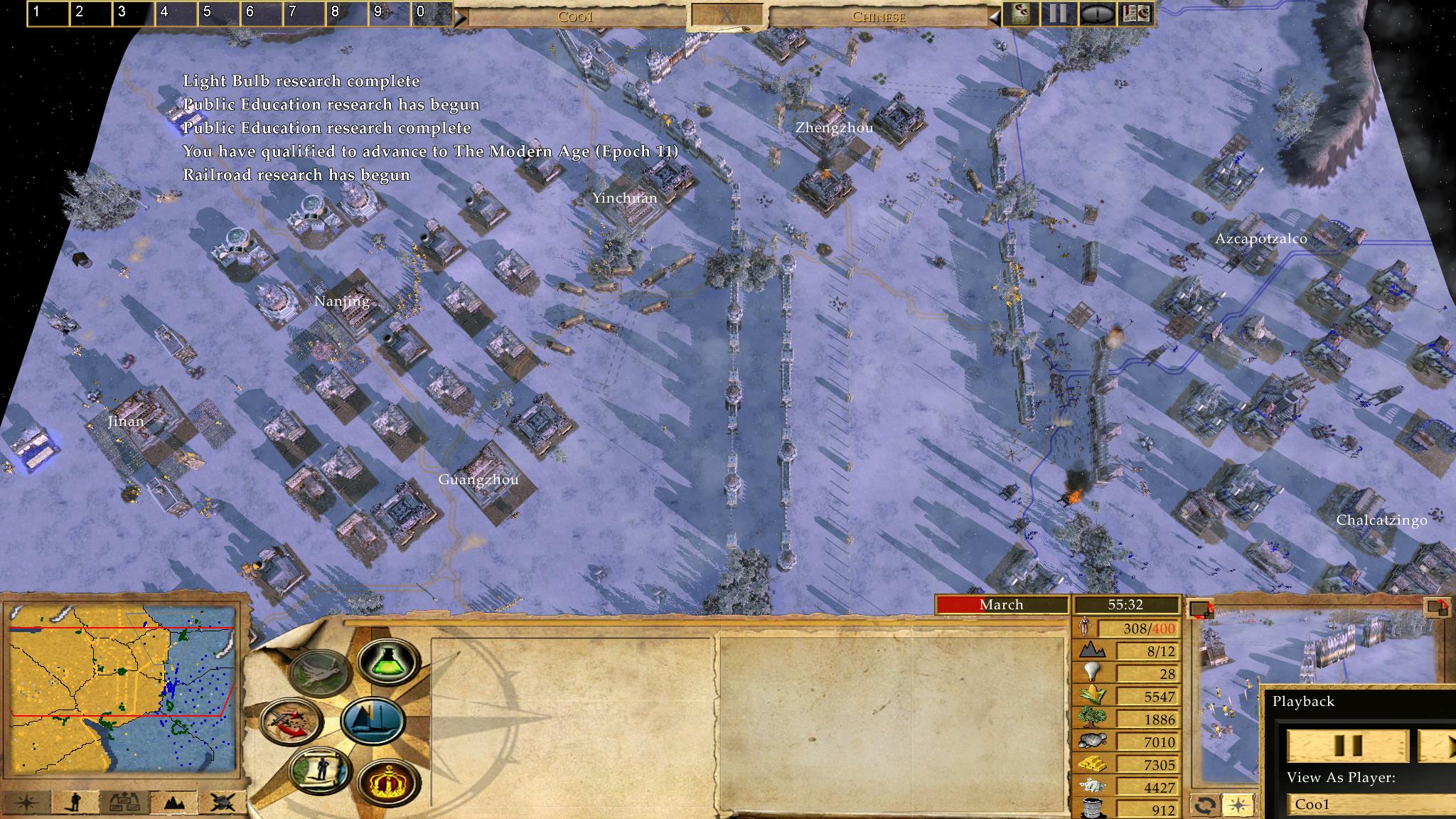 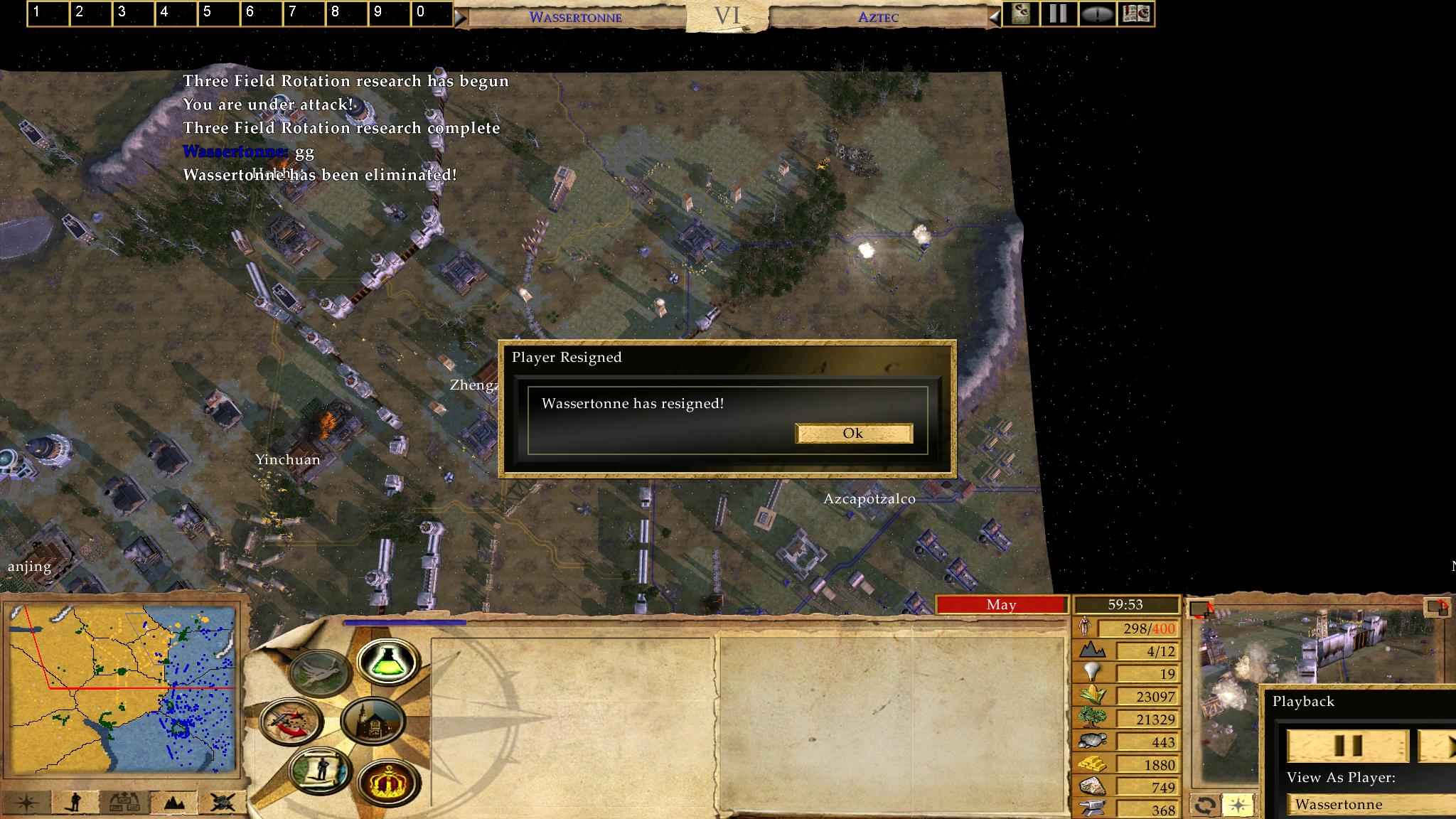