Okay, so...
EE2-Patch1.3 Bot from EE2 got added scrpt which allows EVERYONE player to check smurfs, other players.

You just need to use option: !id or !idlobby. You can also do it on Private Message to EE2-Patch1.3 (use !id).
Example: 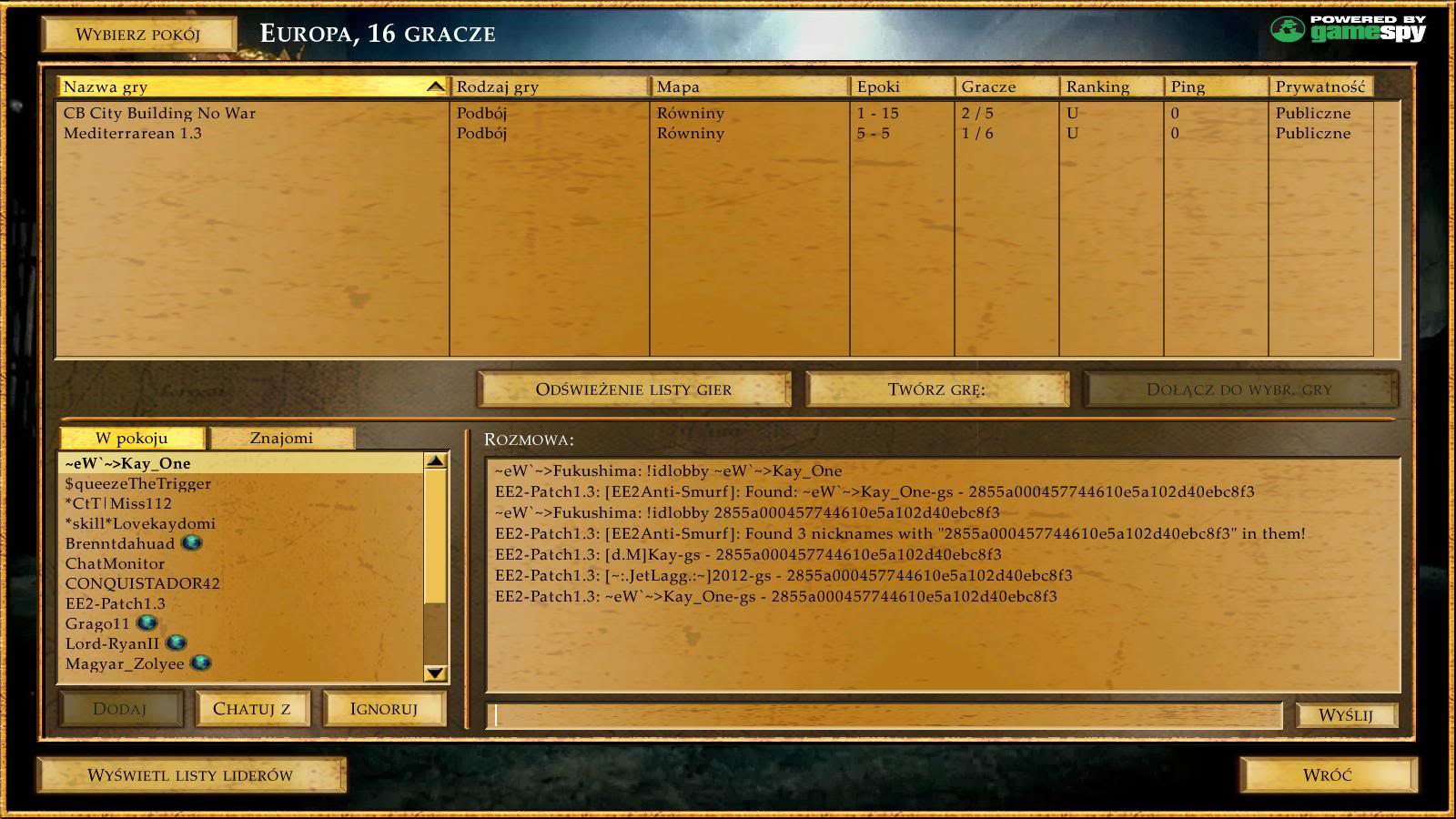 Bot is saving all nicknames used by CD-KEY, so every player has 1 ID.

But there is problem, because some players says it's "lack of privacy"...
I don't like smurfs, and I think it's good script which should be avaliable for everyone... But if there be more negative votes, I'll just disable it.

For me it's really good. For example on other games like StarCraft 2 - you can't smurf. Every person which bought game can use only 1 account, and has his cd-key to this account.
On EE2 you can create many accounts, but your ID is still same, just none was able to check it before...

So let's vote to see what is better for EE2.
I'll vote for legalisation this script, because I know many players which exit with EE2, just beause of smurfs. I'm sure it can help to keep EE2 alive.
Best regards,
Dr.MonaLisa
Ministry of Game Affairs
Department of Control and Complains
Top

I think since there's hardly anyone left in ee2 it's easy to know who's smurfing like walkafail or someone like dyn. I don't think it's a big problem.
Ministry of Game Affairs
Department of EE2 History and Oldschool Players
Top

Please everyone who voted - write here his opinion and his vote, because we had already "Poll attack", and someone registred new accounts to vote in this poll -.-

Idk why someone keep trying to ruin democracy of this governament. He/she should agree with decision of more players :/
Best regards,
Dr.MonaLisa
Ministry of Game Affairs
Department of Control and Complains
Top

i voted Illegal once

You also have to take in consideration that i've told people to vote and most of them don't have accounts on here. You have to check if IPs match or if they used a proxy.
Top

Problem is, that Voting for guests is disabled... I have no idea how someone doubled vote, but it was probably from different account...
Best regards,
Dr.MonaLisa
Ministry of Game Affairs
Department of Control and Complains
Top

Are you even sure that someone even made a 2nd account and voted or are you guessing?
Top

Gooberman wrote:Are you even sure that someone even made a 2nd account and voted or are you guessing?

btw. Who was E@Slayer2? Why Devo has same ID as him?
Best regards,
Dr.MonaLisa
Ministry of Game Affairs
Department of Control and Complains
Top