Wondering about old players and glitching in years 2006-2009

Wondering about old players and glitching in years 2006-2009

I'm writing this post (and it be long), because I want to explain some things which disturb me.
I detected, that most of old players res glitching on EE2, when they back now, in 2011...

Just some history...
Before I interested in glitch, and made ee2glitchers forum - we don't know how often players did glitch. Everything started after forum EE2Glitchers.ace.st was created.

I found old report glitch from player: spongebobmaster1. 06.10.2009 [Resources Glitch]
- http://ee2glitchers.ace.st/t18-spongebobmaster1-06102019-resources-glitch
Together with people on ee2glitchers forum we explored that it was REDLINE. So it's first proof, that Redline was glitching before 2010 - in 2009 year and before.

Another glitch did *Eeg*Alex against Voldy. Voldy was new player. Alex was "old school". Alex with nick "TrueKings" (28.03.2010 [Resources Glitch]):
- http://ee2glitchers.ace.st/t16-eegtruekings-28032010-resources-glitch
Alex apogolized Voldy on forum, when Eeg clan's forum got hacked by me. He did everything I wanted, so I don't think it was from his "heart", but anyway it helped him to get his forum "back"

Thanks Godness he stoped with EE2 (I helped him in it), and glitches little stopped on game.

Another person was Gooberman, which was jelaous that EE2Glitchers forum working. He decided to "destroy" my reputation, and he res glitched when used my nickname:
01.05.2010 [Resources Glitch]: http://ee2glitchers.ace.st/t47-01052010-resources-glitch
More info about his lies are here: http://ee2glitchers.ace.st/t51-goober-s-lie
His behavior (Glitch after April 2010) deserved to post him on the list.

Another "Old school" glitcher, was one of the biggest idiots of EE2 ever - Darksdie7
27.05.2010 [Resources Glitch] Res glitch with Gran Battuzay: http://ee2glitchers.ace.st/t77-27052010-resources-glitch-res-glitch-with-gran-battuzay
He did res glitch, when he was playing with his super friend: Gran Batuzay

Redline was on EE2 probably since 2006 (i dont remember and idc). He uses a lot Res glitch. Most of times he does it on Smurf accounts.

Some months ago FACKED did res glitch against Devi:
http://forum.ee2.eu/t910-omg-poor-glitch-isnt-enought-for-me
Idk why it's not on Ee2glitchers forum... Probably I had good hearth to don't make shame for him forever...

All posts shows, that glitched only old players which started game in 2006-2008.
Here is my question, What the hell happened on EE2 in years when Anti-Glitchers Organisation wasn't created by me? It was probably JOKE, not game. Like 70% of old players which back on EE2 in this year - minimum 1 time did recorded by me or other player glitch. I'm sure it was more, but we can't see it - many newbies doesn't know what they are doing.
So is it possible, that in for example year 2008 all players did res glitch in games? I THINK IT'S JUST SAD TRUE.

In this year, in April or May, when EEg back I got many informations (without screenshots). I don't remember good but Dynasty reported to me, that PEDRO res glitched in Bab war game. I don't know about it excacly, but if it's true, then it's Shame for EE2 history.

What I can say?
I'm proud of me, that EE2Glitchers forum was created. For 1.5 years we can see that new players don't use glitch anymore. I'm talking here about newbies like DOMI, MZADAK, Vanya, and all ~eWA` members ofcourse.
I also must admit, that I NEVER SAW any ~eW` member glitching. It's really good information. Sometimes I watched control games, and NEVER ~eW` player did something wrong in game. 100% fair game. And I'm not talking it because it's clan which I love, but I talk with because it's true. Idk but we are probably only one clan which changed EE2. That's why thanks for everyone who reported glitches on EEGlitchers forum or here, on eW forum in "Gossip and other shit" subforum. Reporting players really working. We can see that almost none on EE2 use glitch now.
But back to problem...
Who destroy this game? OLD PLAYERS! When they back on game, there starting problems. Everytime when redline or other old player back on EE2 we have new topic on EE2Glitchers forum.
I'm not talking it to say something wrong about "Old school" players, but to show, that they did wrong.
Let's back to year 2007. Empire Earth II. Res glitch getting popular. Players talking to others how to do it. Someone hosted game 3v3. 4 good players 2 newbies. 4 good players having fun with res glitching. Newbies thinks that they are that good...
You guys want history back? You want to make shit from this game? "Glitch to win". Remember than if you 1 time use glitch in other game than City Builder (where it's legal), then you do something wrong against game which you love. If you guys don't stop glitching (I'm talking now to players which are on beginning on this post), then it be SHIT not game. More players will start glitch, because it be only one way to win against you. Strategy game will change in shooter where you have to click DELETE button faster than your enemy, to have more res. -.- If it won't stop then players will leave EE2, and this game die. I'm doing now something for EE2. I'm actualizating EE2Glitchers forum, I made patch 1.3 to get more players on, I recorded youtube videos to train new players.
But of course players here won't appreciate this. They are able to say: "idc if he cry, glitch him fast". And I'll just stop with EE2 if it happend next time. I'm playing fair. I decided to start game 2v1, because I knew it was fair. And players still want to win that much, that they are ready to res glitch. If you want to help that EE2 die, then do it more. I'll leave, I won't care and I'm sure it will die. Only newbies be playing theirs setts.

So since today:
- everyone try to don't glitch, even if game is unrated. If you want players to play fair against you, then you play fair against them.
And if anyone else res glitch against me, I'll find his adress, go to his house, kick his ass, record everythig on mobile phone and send to his friends to show that younger guy kicked his ass. It be shame Last sentense was of course joke to make this sad topic litte funnier.

Best regards.
I'm waiitng on opinion about my wondering in this topic.
Best regards,
Dr.MonaLisa
Ministry of Game Affairs
Department of Control and Complains
Top

is there a way to tell if there glitching on the stats at end of each game?
Top

Since i saw your title.. else i wouldn't even react because its stupid anyway.


"Who destroy this game? OLD PLAYERS! When they back on game, there starting problems"
With this sentence u are destroying the game actually. Cos its not really nice towards old players (from start 2005 - till?....) what u just say, if they didnt do anythin wrong.

"I'm proud of me, that EE2Glitchers forum was created. For 1.5 years we can see that new players don't use glitch anymore. I'm talking here about newbies like DOMI, MZADAK, Vanya, and all ~eWA` members ofcourse. "
Here, u good know what i mean if i quote it. I recommand to look at my post in Lordsilverbow glitching topic if u still dont understand.
Top

Dont call it old players, since u dont mean the people that played in 2005.


"Who destroy this game? OLD PLAYERS! When they back on game, there starting problems"
With this sentence u are destroying the game actually. Cos its not really nice towards old players (from start 2005 - till?....) what u just say, if they didnt do anythin wrong.

I agree but I said before that it was 70% of players, not all. Actually on EE2 old players aren't back, and they are not going to back. Maybe 2-3 people from 2008 back but they're usually leaving in short time.


Here, u good know what i mean if i quote it. I recommand to look at my post in Lordsilverbow glitching topic if u still dont understand.

Kay didn't know what glitch means. I'm 90% sure that it silver who wrote this sentense, but we will check it.


is there a way to tell if there glitching on the stats at end of each game?

It's very hard to detect something like this in fast pace, but for example you can check economy score: 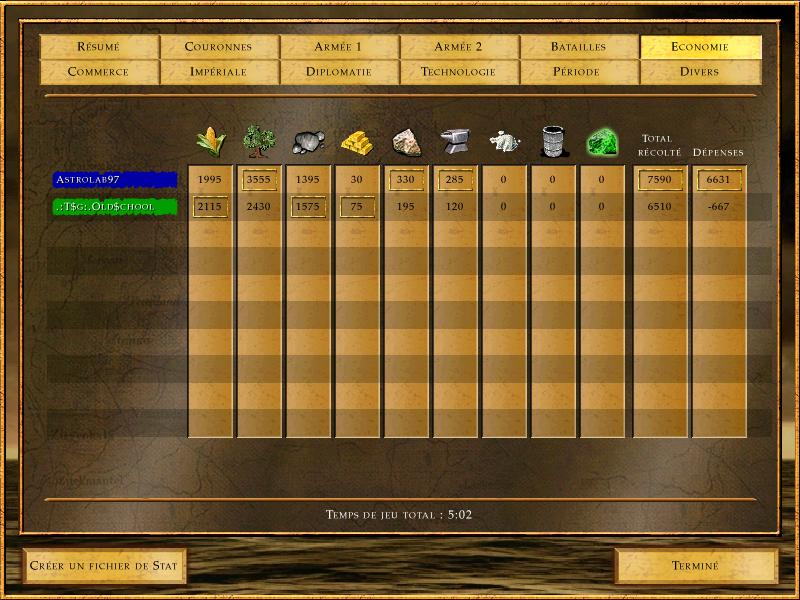 Here you can see how Redline did it against Timo.
But you can easy check playback. Load last game and look what someone did. If he built and deleted etc.
Best regards,
Dr.MonaLisa
Ministry of Game Affairs
Department of Control and Complains
Top

I agree with what you said Mona, but I think the situation will never change.
In my opinion, when "old players" (no offense, i mean the players who come back after a long break, and who played this game a lot) like Redline, Dew, all guys Mona named, when all these guys come back, there's more challenges, more rivalities, more clan wars, etc, and therefore some guys are more reluctant to lose, so they feel forced to cheat when they feel they would lose otherwise. But you cant change people's behaviour, i mean, everyone will admit that glitching is bad, but while in game, people sometimes got too proud to accept losing, so they wont think bad but will glitch anyway. They may regret it then, but too late. So, i dont think your post will change anything Mona, even if I think everyone will agree with you
Top

Thank you Timo, you understand this problem very well.
Timo, I think my post will help. I still hope that some players change theirs behavior, if they know that I'm checking playback and posting them on forum.

I have to agree that this talking pissed me off the most: 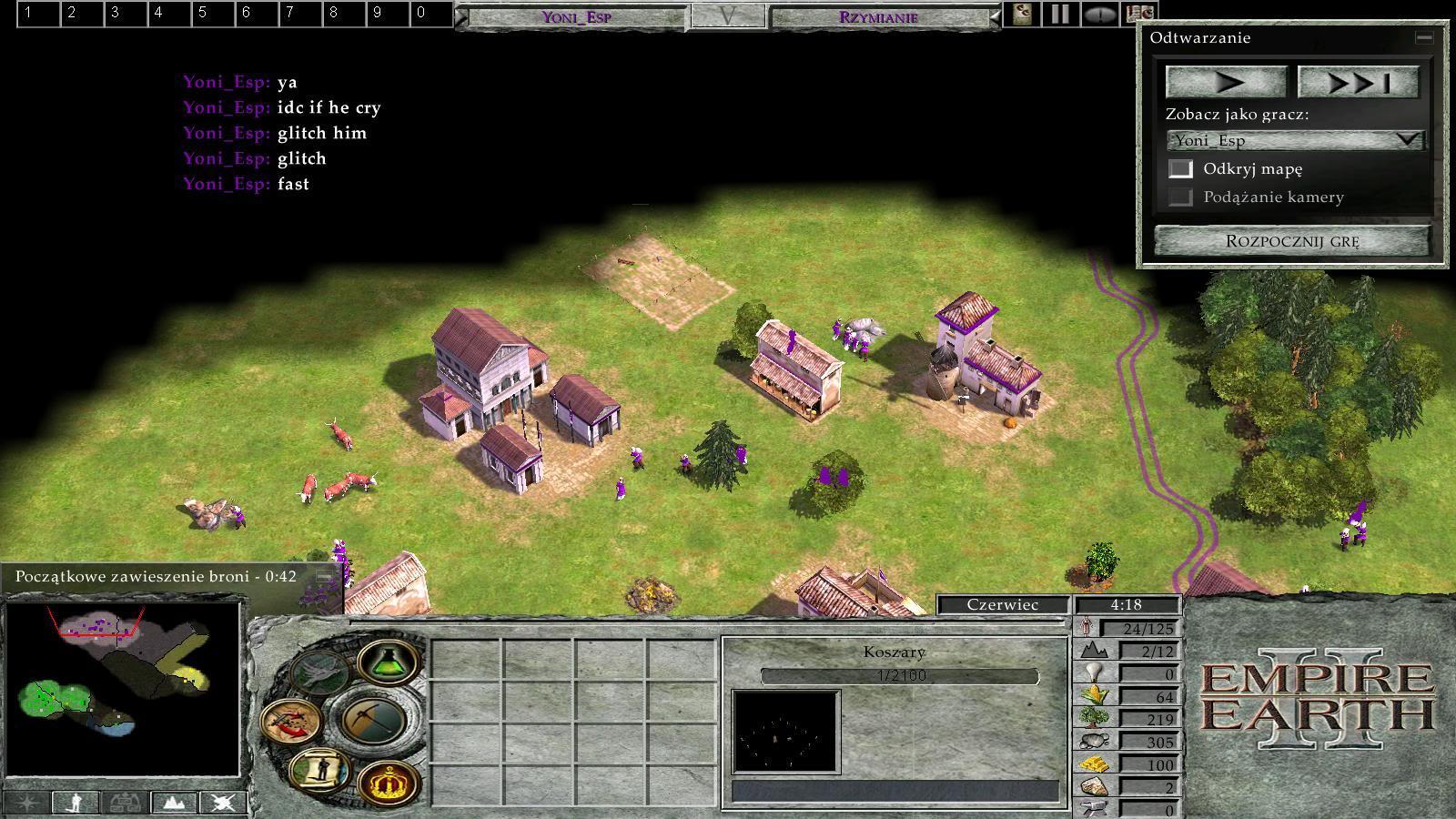 Because if someone want to glitch, then he shouldn't say it in game to his ally -.-
Anyway I talked with KayOne and it was HIM who said these words. It sounds little different, because Kay said, that I was taking terr, and he wanted Silver to scout trick me. I don't know why he named it glitch... But from the other hand I wasn't building City Center anyway... so it's little weird. Anyway Miss was right, when she said that it's KayOne who said that.
Best regards,
Dr.MonaLisa
Ministry of Game Affairs
Department of Control and Complains
Top

omg this ss can be a bs cus ss is from playback, so u can change colours^^
Top

Catacly$m wrote:omg this ss can be a bs cus ss is from playback, so u can change colours^^

Did you even read topic? -.-
Best regards,
Dr.MonaLisa
Ministry of Game Affairs
Department of Control and Complains
Top